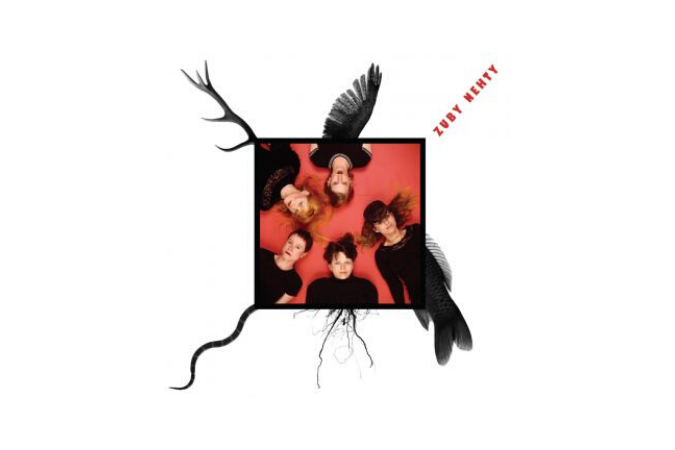 For the 30th birthday of record label Indies Scope, Brno Daily looks back at the history of this icon of the Brno music scene, revisiting a selection of the most significant releases from the label’s back catalogue. We are presenting one album every week, with commentary from co-founder Milan Páleš, who started the label with Miloš Gruber in 1990. Image: Courtesy of Indies Scope.

Continuing our retrospective series on key releases from the iconic Brno record label Indies Scope, Brno Daily is today going back to 1995…

In 1995, Windows 95 OS is released, the core of the coming IT revolution, which will rapidly invade the daily life of everyone rich enough to have a computer.

The conflict in the former Yugoslavia is ending, the most deadly war in Europe since World War II.

In music, 1995 sees final studio albums from Siouxsie and the Banshees (The Rapture) and Queen’s Made in Heaven, released four years after the death of Freddie Mercury.

1995 is also the year of the third album, with which artists prove their staying power and relevance to the music industry, and solidify themselves to the audience and their fanbase. Artists releasing third albums this year include PJ Harvey (To Bring You My Love), Moby (Everything is Wrong) and Tupac (Me against the world, released while Tupac was still in jail).

Of course, several artists made their debuts this year as well, including Tricky’s Maxinquaye, Atari Teenage Riot’s Delete Yourself!, and Silverchair’s Frogstomp, all three of which are now considered landmark releases of their respective genres 25 years on.

The legendary mostly-female band Zuby nehty has existed under that name since 1987, but the band’s story began in 1981, with the formation of the band Plyn, later Dybbuk. At the time, an all-female creative group of this kind was very unusual in the Czech Republic. On the basis of friendship, musical kinship and their shared democratic views, all members have contributed to the band’s mosaic of six album releases. The King Sends Out His Army is one of the band’s best and best-known titles.

Milan Páleš remembers… “The album by the girl band Zuby nehty was the first transfer of a big professional band from a large publisher (Bonton) to a small independent publisher (Indies). At that time, it was our most expensive album, but the record is still selling and being reissued (a selection of it was also released on 2LP). The label’s collaboration with the band continues to this day; the band is now recording a new album for us, probably their fifth, and we also released an old recording of the original band Dybbuk on CD.”

This release is a reissue of two out-of-print albums published in 1995 and 1999, in one package.

A band with this long a history is not so easy to categorise; the instrumental section is rich, keyboard, bass, guitar, drums, all led by the vocals, sometimes in chorus, with the addition of some brass instruments such as the saxophone.

I see this as revisiting the B-52s, Lush, and in general all 4AD label productions with female vocals, with some spikes of ska music, recalling the dynamism of Mano Negra. Zuby Nehty set something of a precedent among all-female Czech bands, their creations resonating with ultimate freedom and flexibility, and a singer with nothing to envy other notable Czech female vocalists such as Mucha or Barbora Poláková.

There are 28 songs in total, spread across two LPs, with an average length of three minutes.

Alternating constantly between a festive approach and more melodic and slower rhythms (“Jeruzalém”, CD 2), the LPs sound complete, and form a bridge between the hidden underground scene of the 1980s and the more modern Czech pop sound.

“Král vysílá své vojsko” on CD1 will give you the best introduction to the band, and can tell you a lot about what it was to make music at the time before the revolution, and what it was to keep making it.

You can listen to the album here, or find out more information at the Indies Scope website.

More from this series:

https://brnodaily.cz/2020/06/19/culture/indies-scope-an-all-female-army/https://brnodaily.cz/wp-content/uploads/2020/06/zuby-nehty-kral-vysila-sve-vojsko-courtesy-indies.pnghttps://brnodaily.cz/wp-content/uploads/2020/06/zuby-nehty-kral-vysila-sve-vojsko-courtesy-indies-150x100.png2020-06-19T08:22:17+02:00Anthony B.Art & CultureIndiesBrno,Culture,MusicFor the 30th birthday of record label Indies Scope, Brno Daily looks back at the history of this icon of the Brno music scene, revisiting a selection of the most significant releases from the label’s back catalogue. We are presenting one album every week, with commentary from co-founder Milan...Anthony B. biasiolianthonypro@gmail.comAuthorMusic is a universal language, the one I prefer to use, from first notes of rehearsal to stages, between studios and official releases, I like to comment, spread and analyze, since two decades, new trends and old school movements, hoping a giant sound system will finally save the world...Brno Daily

Music is a universal language, the one I prefer to use, from first notes of rehearsal to stages, between studios and official releases, I like to comment, spread and analyze, since two decades, new trends and old school movements, hoping a giant sound system will finally save the world...
View all posts by Anthony B. →
« Facemasks No Longer Mandatory Indoors From July 1st
Randstad Has Named Škoda as Most Attractive Employer in the Czech Republic Again »