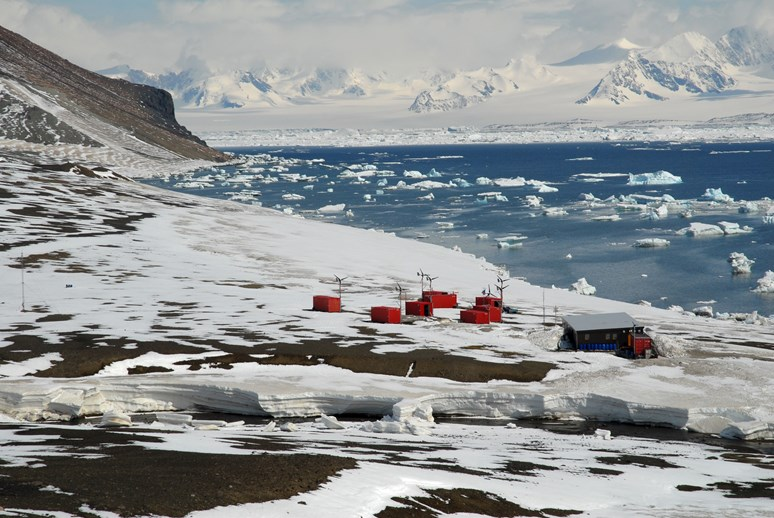 The two parts of the expedition will leave the Czech Republic together on 27 January. Photo credit: MUNI.

Czech Republic, Jan 24 (BD) – This year’s Masaryk University (MUNI) expedition to Antarctica will have a total of 23 members. Part of the expedition will head to the J. G. Mendel Czech Science Station on James Ross Island, where they will spend about two months, while another smaller group of nine people will work on Nelson Island for over two weeks.

The two parts of the expedition will leave the Czech Republic together on 27 January for Chile, from where they will travel by air to King George Island. There, they will split up and continue separately. One of the members of this year’s expedition is Ukrainian scientist Anton Puhovkin, who has been employed by the MUNI Faculty of Science as part of support for Ukrainian teachers and scientists affected by the war.

The scientist, who specialises in lichen research, was unable to return to Ukraine last spring because of the war. “After a year spent at the Ukrainian station on Galindez Island in Antarctica, he managed to get to Poland, where his journey to Brno led him to us based on previous contacts,” said Pavel Kapler, manager of the Czech Antarctic Research Program at the MUNI Faculty of Science.

This year, Puhovkin will return to Antarctica as an MUNI employee. However, he will also get to his home station, where he will visit after his stay on Nelson Island. “Thanks to him and the collaboration with the Ukrainian national program, our users will have access to new samples, and our instrumentation will be on the Ukrainian station, which, unlike ours, has year-round operations,” Kapler added.

The aim of this year’s expedition in all three destinations is long-term climate monitoring and comprehensive monitoring of the state of the polar geo- and ecosystems, i.e., the local glaciers, long-frozen ground, the deforested area allowing the growth of lower plants, river and lake systems, and other geomorphological formations.

“The five-year Junior Star project, which began last year and is focused on the study of the change of the permafrost in the Antarctic Peninsula, will continue, as will medical research on the impact of stress on the physical health of workers in polar regions in cooperation with Ostrava University Hospital,” said the leader of this year’s expedition, Filip Hrbáček.

A new geophysical project will be launched, as part of which another foreign participant in the expedition, Mohammad Farzamian from the University of Lisbon in Portugal, will install instruments for monitoring long-term frozen soil at the station. In the future, the system should allow quantitative analysis of the current evolution of soil ice in areas of long-term frozen ground in the context of climate change. Most of the other foreign participants of the international expedition will be Slovak colleagues who are graduates or employees of MUNI, but there will also be two scientists from Turkey and one from the UK.

As part of the Czech Antarctic Research Programme’s cooperation with industry and the application sphere, testing of Comet System’s auxiliary equipment for an automatic weather station will begin during this year’s expedition, and the company is applying for a licence to use the trademark Tested in Antarctica.

The J.G. Mendel Station, which has been used by scientists for more than 15 years, is scheduled to undergo extensive repairs to the roof of the main accommodation building this year. To carry out this work, the MUNI Faculty of Science had to find an experienced roofer-insulator capable of working in extreme conditions. In the tender, which attracted over 300 applicants, climber Dimitris Georgiadis was successful. Among other things, he was chosen for his long experience as a roofer in the Hrubé Jeseník region.

https://brnodaily.cz/2023/01/24/news/ukrainian-scientist-to-join-expedition-to-masaryk-university-station-in-antarctica/https://brnodaily.cz/wp-content/uploads/2023/01/Antarctica.pnghttps://brnodaily.cz/wp-content/uploads/2023/01/Antarctica-150x100.png2023-01-24T15:25:55+01:00Bing NiCzech Republic / WorldAntarctica,Brno,Czech Republic,Masaryk UniversityThe two parts of the expedition will leave the Czech Republic together on 27 January. Photo credit: MUNI. Czech Republic, Jan 24 (BD) - This year's Masaryk University (MUNI) expedition to Antarctica will have a total of 23 members. Part of the expedition will head to the J. G. Mendel...Bing NiBing Nibingni1992@gmail.comAuthorPh.D student in Communication Studies, a hopeless cinephile and frontier culture fanatic and fussy music appreciator.Brno Daily