“The Court’s Verdict Must Be Respected”: Czech Politicians Respond To Verdict In Babis Trial 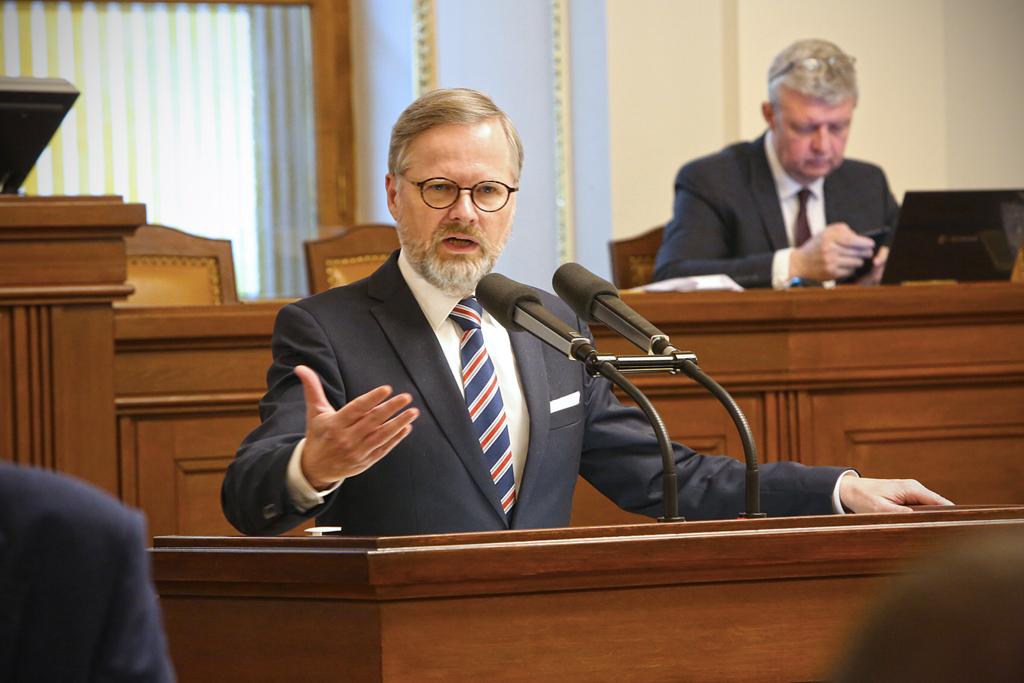 Prague, Jan 9 (CTK) – The verdict of an independent court must be respected, PM Petr Fiala (ODS) has told CTK, responding to the ruling in the subsidy fraud trial of ex-PM Andrej Babis (ANO). Fiala added that in a democracy, the real political struggles should take place in elections, not courtrooms.

The public prosecutor can still appeal the verdict with the Prague High Court.

“The verdict of an independent court must be respected. Everyone has made their opinion on the case which has lasted for several years, and the public has been watching it,” Fiala said.

“However, the important thing is that in democracy, the real political struggles take place in elections, not in courtrooms,” he added, calling on citizens to make their voices heard in the presidential election, the first round of which will be held this Friday and Saturday, 13-14 January.

Babis is among the leading candidates running for president.

Deputy PM and Interior Minister Vit Rakusan (STAN) said the rule of law was based on respecting the verdicts of the judicial system, whether one likes them or not.

“The public has formed their own opinion on Babis’s character, not only during the trial – a publicly confessed lie, his behaviour towards his own family. Let everyone issue their own verdict, at the elections, for instance,” Rakusan said.

According to judge Jan Sott, it was not proven in the Capi Hnizdo case that the act described in the indictment was a criminal offence.

Justice Minister Pavel Blazek (ODS) said the verdict showed how important and practical it was to respect the benefit of doubt, and that the law should and could not become part of political discourse. “Including the ‘information’ from the files obtained illegally,” he wrote on Twitter.

Senate head Milos Vystrcil (ODS) said he respected the verdict, adding that he was in fact glad that Czechs would be able to vote for candidates in the presidential election based on their behaviour, “without the tang of charges or conviction” that had not yet taken effect.

“I respect the court’s verdict and it should not break the citizens’ trust in its independence,” Chamber of Deputies chair Marketa Pekarova Adamova (TOP 09) wrote to CTK. “However, we should not forget the ruling of the European Anti-Fraud Office, which stated that the construction of Capi Hnizdo was accompanied by repeated violations of law.”

Deputy PM and Minister for Regional Development Ivan Bartos (Pirates) wrote that he believed in the independence of the judiciary.

“However, this does not change the fact that Babis always acts primarily in his own interest, and he is carrying some other cases with him. The court of appeals may, however, reach a different conclusion. Let us wait for further development of the case,” said Bartos.

“I have always said that only the court decides on guilt and innocence, and that I believe in the independence of the judiciary,” wrote ANO deputy group head and former finance minister Alena Schillerova. “Those who condemned Andrej Babis a long time ago and issued their own verdicts instead of the court should search their hearts. But they will not do so. Andrej Babis will be a great president,” she added.