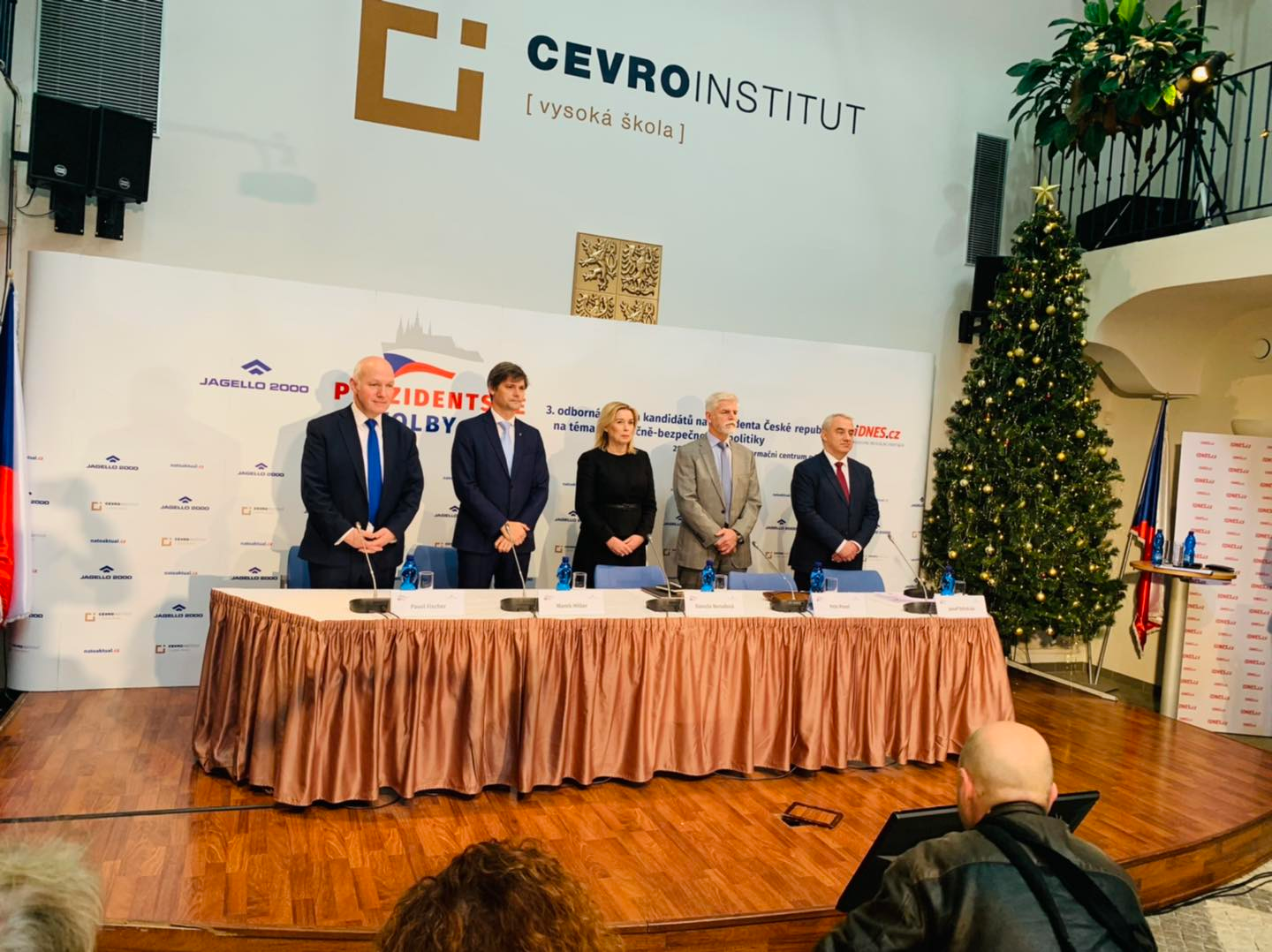 Prague, Nov 29 (CTK) – In a debate on security hosted yesterday by the Jagello 2000 group and iDNES.cz, five of the main candidates for the Czech presidency agreed that military aid to Ukraine should continue, NATO should remain the basic pillar of Czech defence, and Czech defence spending should reach 2% of GDP.

Of the main presidential candidates, the only one not to attend the debate was former PM Andrej Babis (ANO), who has stated he will not take part in pre-election debates until the end of the year.

The presidential elections are scheduled for mid-January.

Josef Stredula, leader of the trade union umbrella organisation CMKOS, said China poses the second biggest danger after Russia, and that the Czech Republic must be very cautious in its relations with China.

This view was echoed by former army chief-of-staff Petr Pavel and senator Marek Hilser, who argued that this issue must be tackled as a priority, ahead of the relationship with Russia.

“The sooner we realise this, the better for us,” said economist and former university rector Danuse Nerudova, referring to the danger posed by China.

She said one of the basic tasks for the new Czech president should be to help exert diplomatic pressure on Germany for a change of its policy towards China.

Senator Pavel Fischer said he considered China an accomplice of Russia in the war in Ukraine.

Stredula said people have become used to security being a central issue, and that nothing needs to be done to maintain this.

He expressed concern that even if peace were agreed via negotiations, the conflict with Russia would continue as a Cold War of a new type, significance and danger.

According to Fischer, the Czech Republic should improve its crisis management, ensure its defence industry is prepared, and protect the security of significant infrastructure.

He also noted that food supplies have become a part of Russia’s war against Ukraine, causing significant disruption in Africa.

“I think that in the past years, we have somehow forgotten that security for all of us is an elementary precondition of society’s welfare,” said Nerudova. She said this has resulted in a long-term shortfall in defence spending and the failure by the Czech Republic to meet its NATO commitments. From the economic point of view, defence spending is the Czech Republic’s best possible investment in the future, she said.

“I view the current situation as the start of a very complex period, as the war on Ukraine is not a mere conflict between two states, but a battle over the future character of international relations, over how the world will look,” said Pavel.

He said the current conflict is far broader, involving not only Russia and Ukraine, but also China, Iran and also North Korea, for example. That is why it will depend on how the Czech Republic is able to operate as part of a broad community of democratic countries, Pavel added.

Hilser said he has been unhappy with the recent situation where the Czech Republic refrained from saying a clear “No” to evil.

“We lost our value orientation and we often sold our values ​​in exchange for the idea of ​​economic prosperity, or often for somebody’s private interest, I would say,” Hilser said, referring to outgoing President Milos Zeman. Hilser said he welcomed that the Czech Republic is now returning to values based on human rights.