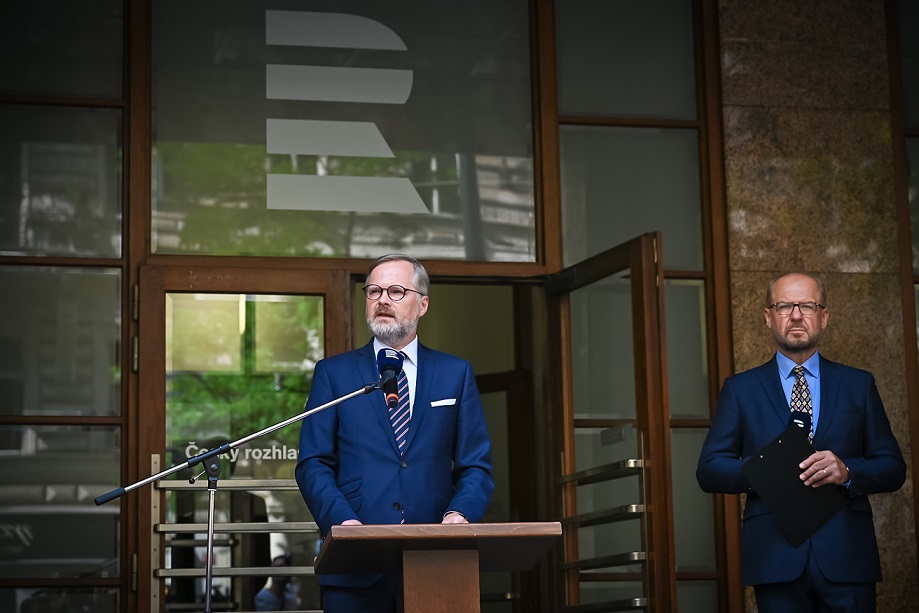 The V4 is an informal alliance of Central European post-communist countries, comprising the Czech Republic, Hungary, Poland and Slovakia. It exists in order to strengthen cooperation between the four countries, whose interests often overlap.

Fiala (ODS) said he wants to do everything he can to keep the EU united in its support for Ukraine and sanctions against Russia.

However, Budapest has maintained political and economic relations with Moscow despite Russia’s current invasion of Ukraine. As a result, said Fiala, the V4 is going through a rather difficult time.

“Hungary’s positions are affecting this. Today, we will make a try at pushing the negotiations forwards,” Fiala said, noting that in the past, the V4 format had proved itself useful and helped the V4 members push through their common interests.

Fiala said he appreciated that under the current Czech presidency of the EU, agreement of all EU states has always been reached with respect to Ukraine and the anti-Russian sanctions. He said the EU’s unity was a powerful weapon against Russia. “We will do our utmost to maintain it,” Fiala said.

“It is clear that Hungary has different opinions and has been expressing them very strongly,” he said.

He said today’s summit in Kosice would enable an open discussion between the four prime ministers.

“We can discuss unpleasant matters very openly. No doubt we will discuss some of these issues,” he said.

This will probably include the outrage which Orban received after wearing a scarf with a map of Greater Hungary at a sports event on Sunday. The map included parts of modern-day Austria, Slovakia, Slovenia, Romania, Croatia, Serbia and Ukraine, and met with strongly critical reactions from representatives of these countries.

Apart from the war in Ukraine, Fiala expects the V4 summit to touch on migration and energy security.

An increasing number of refugees, mainly from Syria, have been crossing the Serbian-Hungarian border and subsequently heading for West Europe via Slovakia and the Czech Republic. The Czech Republic has responded by reintroducing checks on its border with Slovakia, leading to a diplomatic dispute between the two neighbours.

Fiala repeated this morning that the Czech Republic is ready to raise the number of police at the Serbian-Hungarian border.

He said the V4 states may also discuss joint purchases of gas, which he said would be “advantageous for states that have no access to the sea.”

He added that the goal must be to get rid of the dependence on fossil fuels from Russia, and all Central European states must also focus on the development of renewable sources of energy.