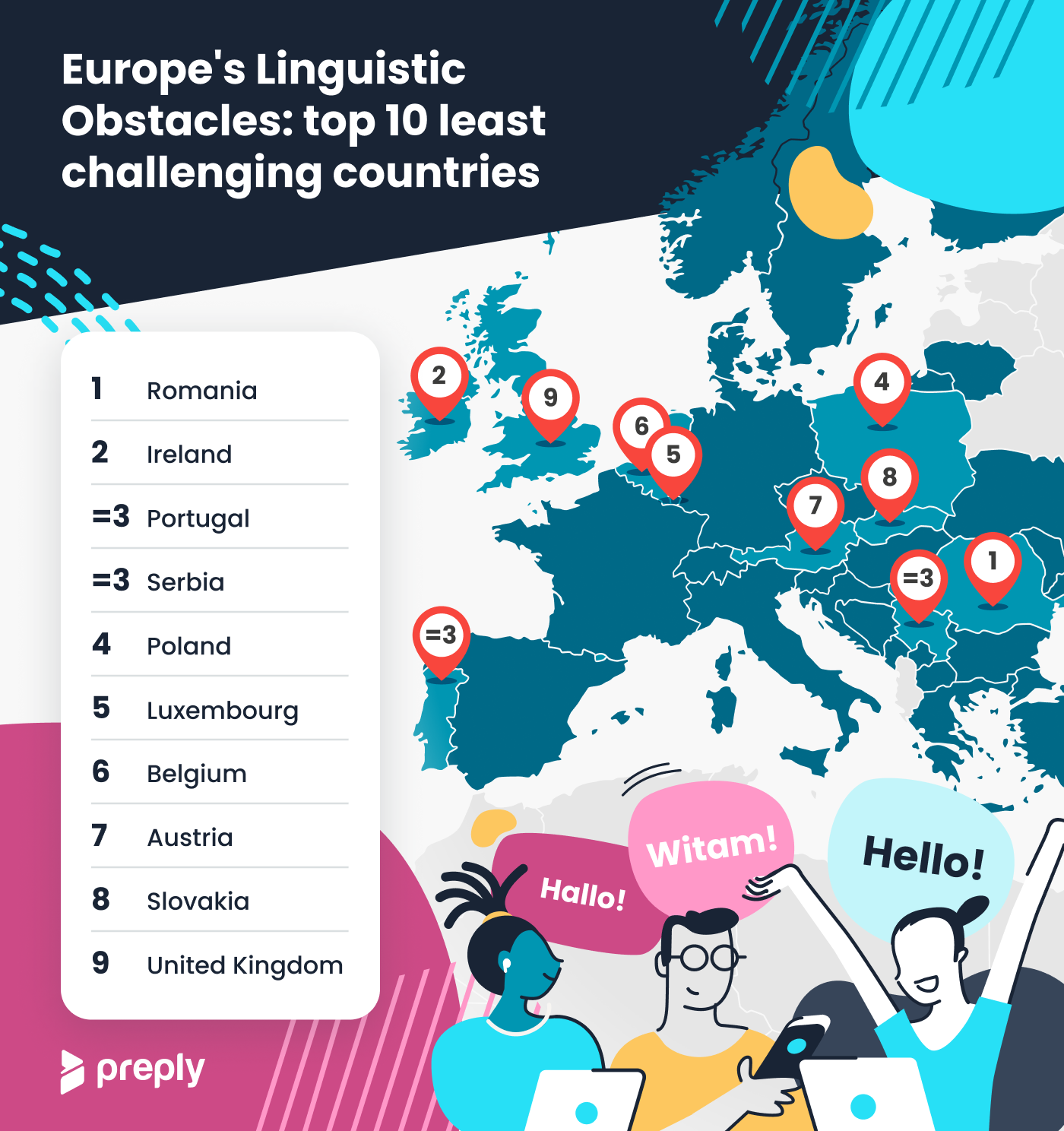 Czech Republic, Nov 21 (BD) – As travel sees a post-covid boom and remote working becomes more of a norm, the language learning platform Preply has published research on which countries are the easiest and most difficult for visitors in terms of the linguistic obstacles one can face.

By analysing the dimensions of language, dialect, accent, local level of English, and cost of language courses, the Czech Republic, Switzerland, and France were ranked as the three most difficult countries to integrate into linguistically.

The Czech Republic claims the top spot as the most challenging country for linguistic hurdles. Private language lessons can be very expensive, and although the country only has one language, the Czech Republic has 26 spoken dialects and accents in total.

As for the countries that are easiest to integrate linguistically, the top ranked is Romania. Even with three official spoken languages (Romanian, Hungarian, and German), the country has the fewest number of accents and dialects: Wallachian, Moldavian, and Banat.

Gaelic is Ireland’s only other spoken language aside from English, and it recognises four regional dialects (Irish English, Ulster, Dublin, and South-West Ireland).

Portugal ranks third, thanks to its only spoken language being Portuguese. But when it comes to dialects, visitors and new residents will have to deal with ten different ways of speaking Portuguese from different parts of the country.

In joint third is Serbia, with two official languages: Serbian (primary) and Albanian. Only eight accents and dialects are recognized, including Shtokavian, Eastern Herzegovian, and Šumadija-Vojvodina.

Based on an analysis of European countries, the study factors in the official languages spoken in a country, the number of recognised regional accents, the country’s English proficiency score, and the average hourly cost of an online language lesson in the country’s primary language.