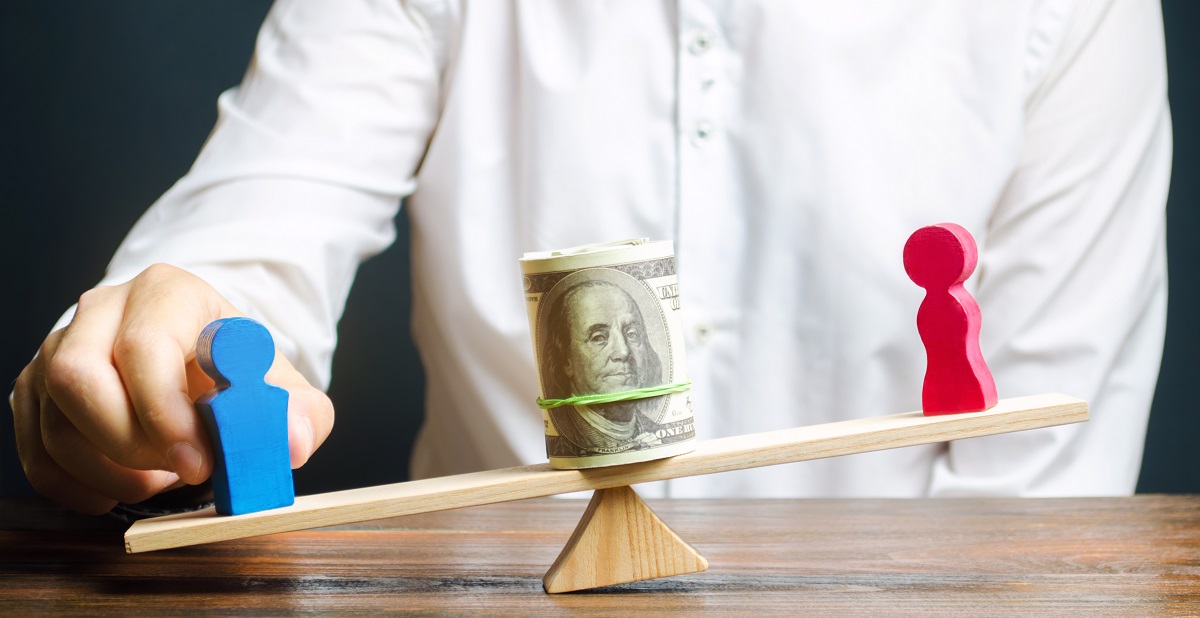 The average monthly wage for women in the Czech Republic is CZK 7,000 lower than for men. Photo credit:Freepik.

Prague, Nov 15 (CTK) – Equality between women and men on the Czech labour market could be boosted by introducing a right to information about the average wage in comparable working posts, government human rights commissioner Klara Simackova Laurencikova told the media yesterday.

In the Czech Republic, the problem mainly stems from inequalities on the labour market and the absence of women from decision-making posts, she said, referring to the EU Gender Equality Index for 2022 and the Czech annual report on gender equality for 2021.

“In comparison with Europe, we can clearly see that we do not fare well in terms of gender equality on the labour market, which I view as crucial,” Simackova Laurencikova said.

In the Czech Republic, there is a big difference in the unemployment rate for men and women, and between the average wages of men and women, said Radan Safarik, who heads the gender equality department at the Government Office.

Simackova Laurencikova said the granting of advantages to part-time workers, support for remote working, and widening opportunities for a quick return to work from parental leave are among her priorities in 2023.

She said it is necessary to raise the capacity of kindergartens and children’s playgroups to make them more accessible to applicants.

There is also a debate needed on improving the enforcement of the right to equal pay. With this goal in mind, it would be useful to introduce the right for workers to access information about the average wage in comparable working positions in their own or other companies, she said.

According to Safarik, the average monthly wage for women in the Czech Republic is CZK 7,000 lower than for men.

Gender inequality is traditionally the smallest in Sweden, Denmark, the Netherlands and Finland. The states below the Czech Republic in the ranking are Slovakia, Hungary and Romania.

Out of the gender equality criteria included in the ranking, the Czech Republic does the worst with regards to female representation in decision-making positions, and also scores low in the share of children under three who attend a kindergarten, nursery or playgroup. In the Czech Republic, these facilities are attended by 6% of children under three, compared with the EU average of 35%.

Similar findings are also reached by the national report on gender equality in 2021, which will be discussed by the cabinet next week, Safarik said.

In its policy statement from early 2022, the Czech cabinet outlined several commitments related to gender equality, such as the boosting of part-time jobs and the possibility of quicker drawing of parental benefits, which the cabinet has already approved.

https://brnodaily.cz/2022/11/15/news/gender-inequality-persists-on-the-czech-labour-market-says-human-rights-commissioner/https://brnodaily.cz/wp-content/uploads/2020/06/scale-pay-credit-freepik-1024x527.jpghttps://brnodaily.cz/wp-content/uploads/2020/06/scale-pay-credit-freepik-150x77.jpg2022-11-15T13:45:39+01:00Czech News AgencyCzech Republic / WorldCzech Republic,NewsThe average monthly wage for women in the Czech Republic is CZK 7,000 lower than for men. Photo credit:Freepik. Prague, Nov 15 (CTK) - Equality between women and men on the Czech labour market could be boosted by introducing a right to information about the average wage in comparable working...Czech News AgencyCzech News Agencyabstract000@hotmail.comAuthorBrno Daily