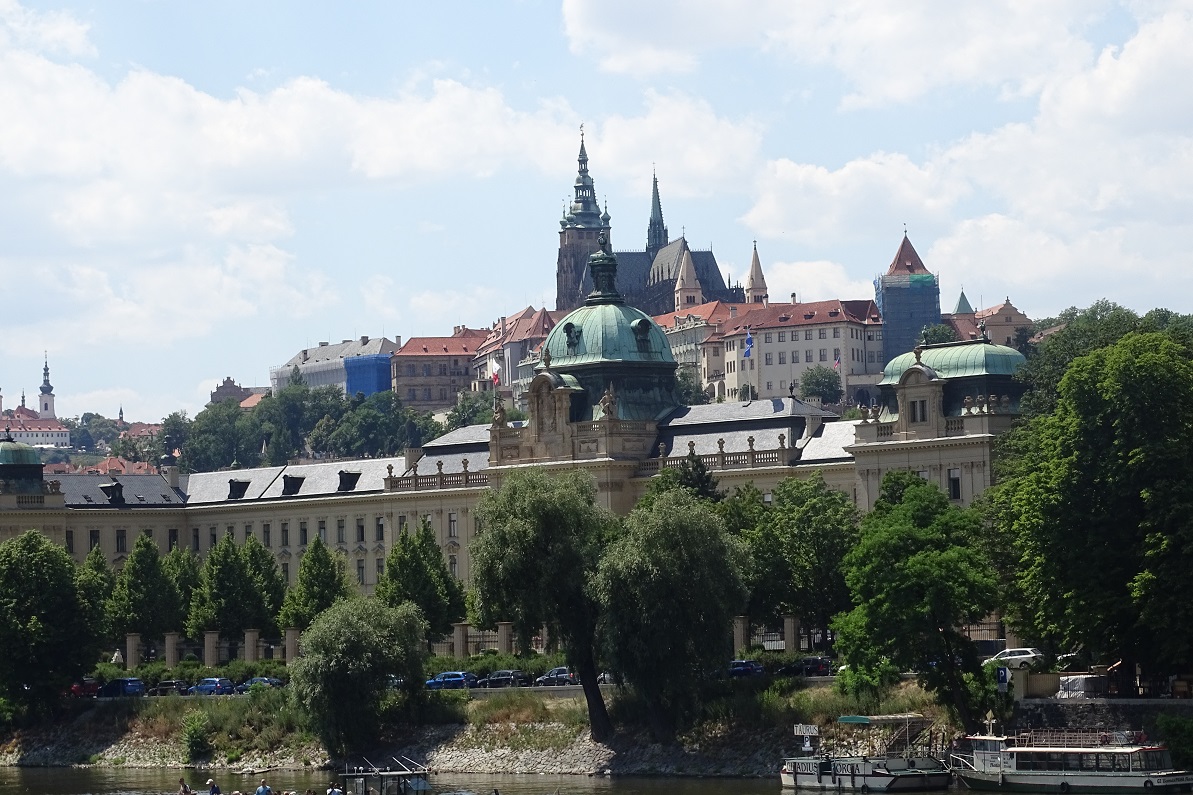 The winner of the election will move into Prague Castle in March. Photo credit: ZM / BD.

Prague, Nov 8 (CTK) – The deadline for presidential candidates to submit their candidacy papers for the January elections expired at 4pm yesterday, with 21 individuals having done so, about the same number as before the previous presidential elections five years ago, Interior Ministry spokeswoman Klara Dlubalova told CTK.

The ministry also accepted one bid arriving by email, she said.

The candidates include former NATO Military Committee Head Petr Pavel, opposition ANO leader and ex-PM Andrej Babis, and economist and former Mendel University Rector Danuse Nerudova, who are the current favourites in the presidential race, according to public opinion polls.

Deputy Interior Minister Petr Vokac confirmed to Czech Television that 18 bids had been delivered to the ministry in person, including by activist Pavel Zitko.

To be registered by the ministry, a presidential bid needs to be supported by the signatures of at least ten senators, 20 deputies or 50,000 citizens.

The ministry will accept the signatures of former MPs or senators if they held the posts when the candidate was submitting their bid, said Vokac.

24 November is the deadline for the candidates to correct errors in their applications, but missing signatures can no longer be added, he said.

No papers were submitted by the former chair of the Energy Regulatory Office Alena Vitaskova, former Communist Party deputy chair Josef Skala, or theologian Ivo Mares, all of whom had originally announced their candidacies for president.

Dlubalova said the ministry will release the names of all candidates on 25 November, after it verifies that the applications meet the required legal criteria and they are officially registered.

Hana Mala, from the ministry’s press department, previously said that some of the bids evidently failed to meet the criteria required by law. In the previous presidential election five years ago, the Interior Ministry officially registered the bids of nine candidates out of the 20 who had applied for registration.

The first round of the presidential election in the Czech Republic will be held on 13-14 January 2023, and a possible second round with the top two candidates two weeks later.

https://brnodaily.cz/2022/11/09/news/politics/21-presidential-candidates-submit-their-bids-before-deadline/https://brnodaily.cz/wp-content/uploads/2020/07/Prague-Czech-government-castle-July-2-Zenon-Moreau-4-1024x682.jpghttps://brnodaily.cz/wp-content/uploads/2020/07/Prague-Czech-government-castle-July-2-Zenon-Moreau-4-150x100.jpg2022-11-09T11:49:16+01:00Czech News AgencyCzech Republic / WorldPoliticsCzech Republic,News,PoliticsThe winner of the election will move into Prague Castle in March. Photo credit: ZM / BD.  Prague, Nov 8 (CTK) - The deadline for presidential candidates to submit their candidacy papers for the January elections expired at 4pm yesterday, with 21 individuals having done so, about the same number...Czech News AgencyCzech News Agencyabstract000@hotmail.comAuthorBrno Daily