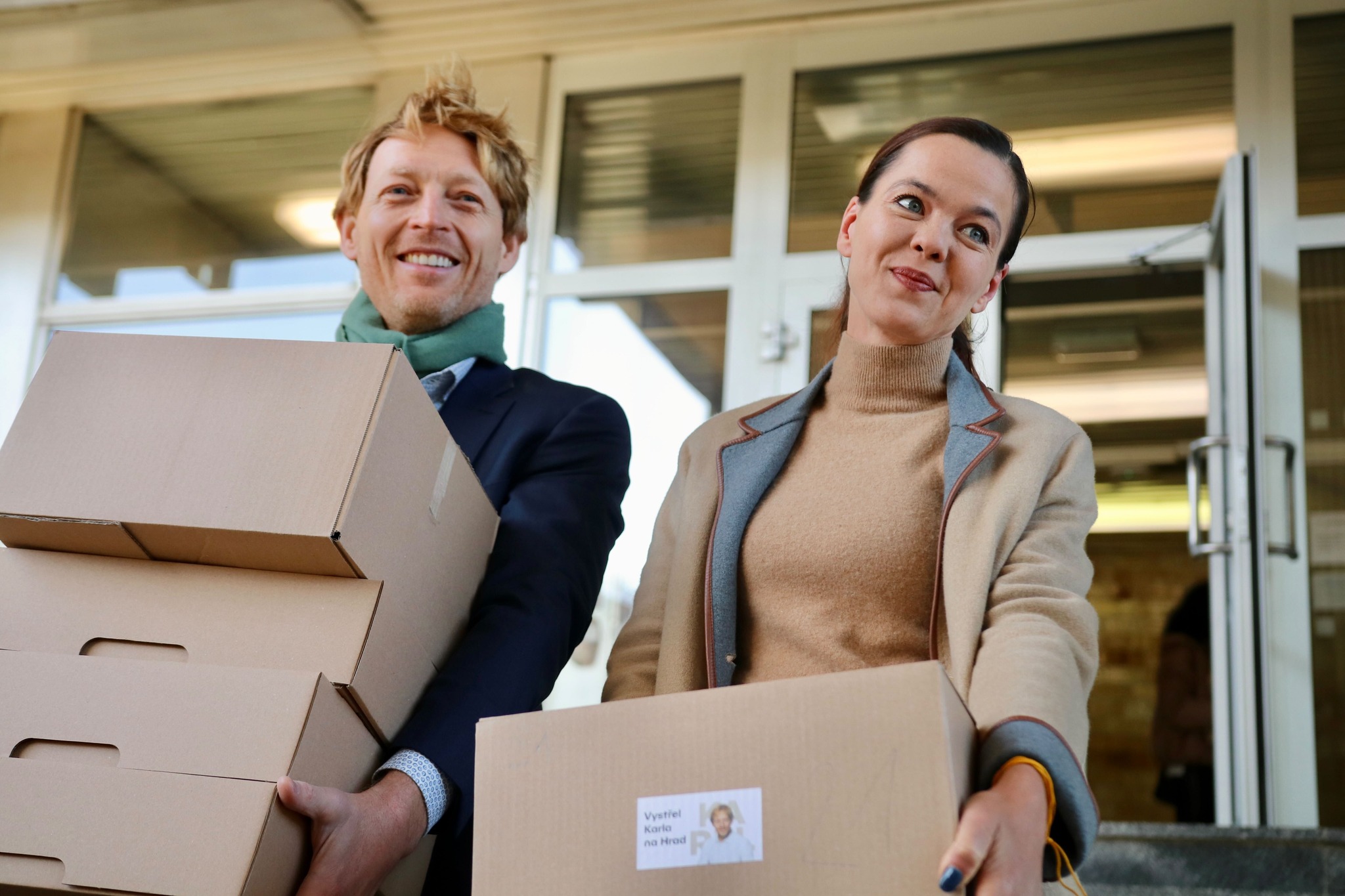 Prague, Nov 8 (CTK) – Businessmen Karel Janecek and Karel Divis have both joined the ranks of presidential candidates for January’s election, submitting their bids today at the Interior Ministry on the last day possible.

Janecek submitted his bid with over 73,000 signatures of citizens, and Divis collected 61,600, they told reporters on their respective arrivals at the ministry.

By law, presidential bids must be supported by the signatures of at least 10 senators, 20 deputies, or 50,000 citizens.

For those candidates who have submitted voter signatures, the Interior Ministry will select a sample of 8,500 signatures at random out of those submitted, and check them thoroughly. If too many mistakes are found, it will choose another sample of the same size to check. Officials will then calculate the average number of invalid signatures and deduct them from the total.

Divis said he had checked the collected signatures twice carefully and had to delete some.

Janecek said he was submitting 73,037 voter signatures in total. One week ago he had collected 42,000, but said he was pleased that the collection rate had accelerated in the past few days.

He said he would continue communicating with voters in the same way as he has until now, on topics he has been interested in for a long time, such as education, a just society, healthy lifestyle, and freedom, which he argues is being slowly eroded.

“We need to launch a fundamental renewal and unite society,” he said.

Janecek also said he would focus on a door-to-door campaign that would be more intensive than during the collection of signatures.

Janecek is not among the leading candidates. The October poll by the Ipsos agency put him on just over 6% of the vote, while according to Median polls in July and August, he would win only 2.5-3.5%.

Janecek described the campaign expenditure limit of CZK 40 million for the first round as extremely restrictive, and said it should have risen with inflation. “It was set 15 years ago when prices were different, thus it is actually less than a half,” he said, adding that he expects to spend close to this limit.

Submitting his bid slightly earlier, Divis said he would like to open dialogue on topics such as the strengthening of the country’s defence capability, support for regional economies, and the economics of education.

He said he had been collecting voters’ signatures at festivals, sports events, outside supermarkets and in squares in all regions of the Czech Republic, and almost all regional capitals.

He said he expected to spend up to CZK 10 million on the subsequent presidential campaign, covering this mainly from his own sources. He also plans to tour the Czech Republic to meet voters as much as possible, take part in debates and interviews with journalists, as well as intensifying his campaign on social media. He has also prepared outdoor advertisements, he added.

Asked about his very low level of support in opinion polls so far, he said that until now he had been focusing exclusively on the gathering of signatures.

Hana Mala, from the ministry’s press section, told CTK today that before Janecek came to the office, the ministry had received presidential bids from a further 16 candidates. If all of those are approved as valid candidates, this would be the widest field seen in any of the country’s three direct presidential elections so far.

The first round of the presidential election in the Czech Republic will be held on 13-14 January 2023, with a possible second round two weeks later.