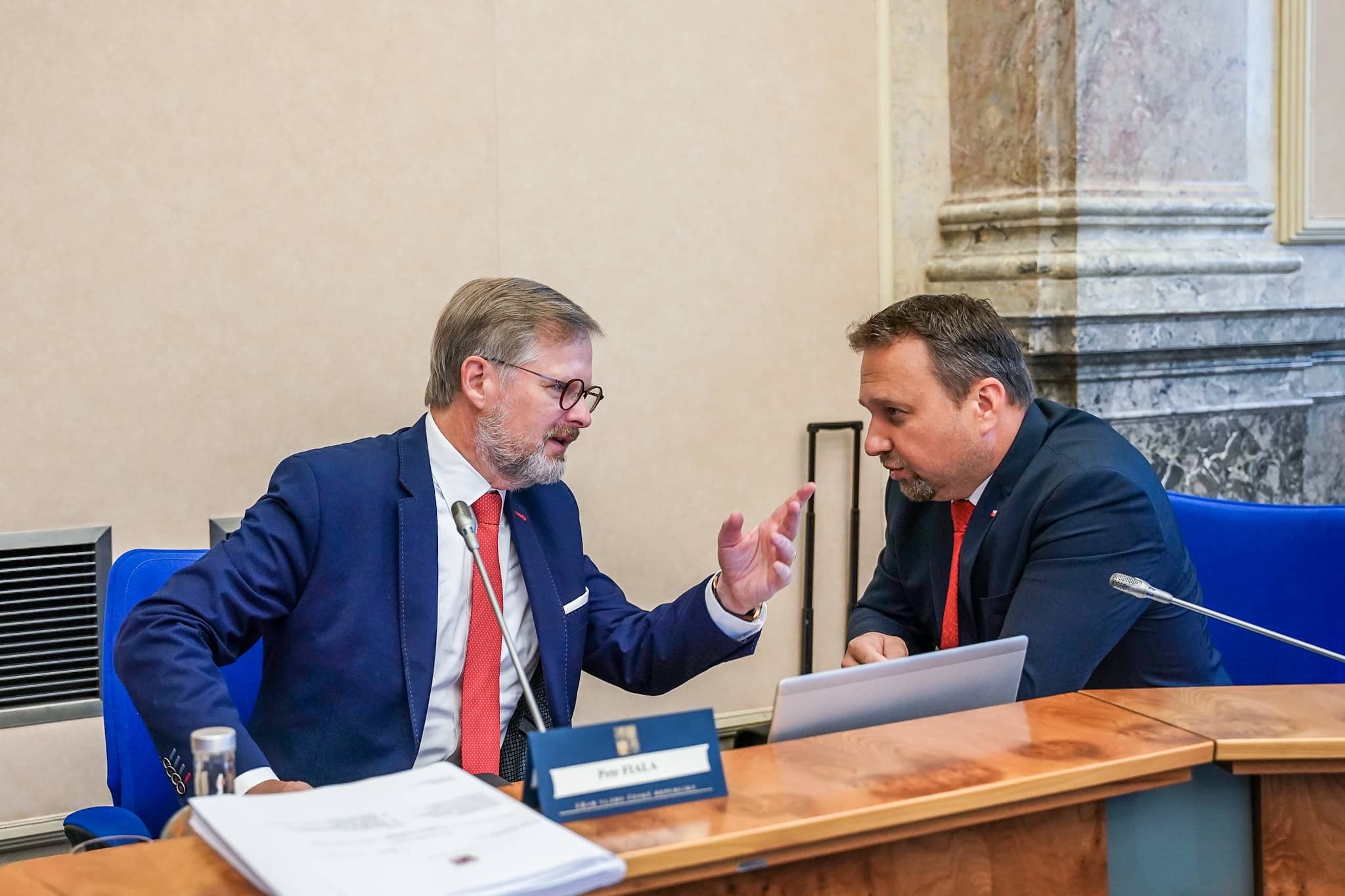 Prague, Nov 4 (CTK) – Czech PM Petr Fiala will wait four weeks for the situation around Petr Hladik, the former Brno deputy mayor and now candidate for environment minister, to be clarified, he said yesterday. Fiala added that he had met Hladik to hear his views on the recent corruption investigation in Brno, which saw Hladik’s office searched by police.

Fiala (ODS) was talking to journalists during a visit to the Labor and Social Affairs Ministry, headed by Marian Jurecka, leader of Hladik’s party KDU-CSL, which has nominated him to replace the outgoing Environment Minister Anna Hubackova (KDU- CSL).

Jurecka, who is temporarily also heading the Environment Ministry, said that Hladik remains the KDU-CSL nominee for the ministerial post. He said Hladik could use the coming weeks to clarify his situation satisfactorily, including via media appearances.

Hladik’s appointment as minister has been delayed by the police investigation in Brno into suspected corruption related to the allocation of municipal flats by the authorities. The investigation included a raid of City Hall, and the police also searched the office of Hladik as outgoing Brno deputy mayor. However, no accusations have been levelled against Hladik.

KDU-CSL has expressed support for him and insists on his nomination as minister.

On Tuesday, Jurecka said he wants to meet President Milos Zeman in the two weeks ahead, and afterwards the time will come for Zeman to receive Hladik.

Fiala toured the Labor and Social Affairs Ministry today as part of a series of visits to individual ministries aimed at assessing their performance after his government’s first year in office.

He praised Jurecka for working on digitization of the agenda and successfully managing assistance for the public amid the energy crisis and soaring inflation. He said Jurecka’s plan to reduce unemployment benefits as a step to cut state expenditures is a step in the right direction, but it still has to be discussed by the government coalition and approved by parliament. He declined to comment on the changes to the welfare system proposed by the government’s National Economic Council (NERV).