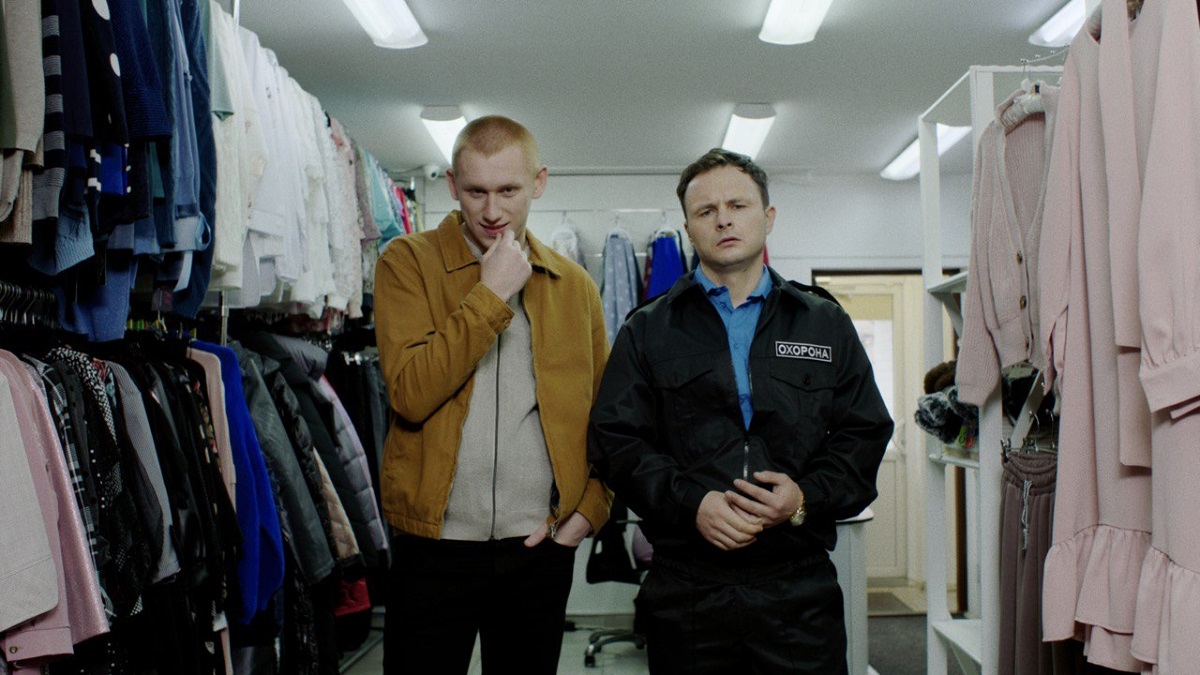 “Portraits of Sadness”, part of the “Ukraine is Queer” block of short films. Credit: QFF Mezipatra.

Brno, Nov 2 (BD) – The 23rd Mezipatra Queer Film Festival will present 71 films, ten of which will compete for the main jury prize.

Highlights of the schedule include the Israeli social drama “Decent Citizen”, the French surrealist hit from Cannes, “Five Devils”, and a block of Ukrainian short films entitled “Ukraine Is Queer”.

The festival will take place from 11-⁠18 November in Brno, mainly at Kino Art and Scala. Discounted festival passes are still available.

The theme of the 23rd Mezipatra festival is “Breaking the Ice”, referring to stepping out of the comfort zone and the courage required to overcome one’s own shadow, break through glass ceilings, overcome stereotypes, or call attention to injustice.

The ceremonial opening of the festival will take place on 11 November from 6.30pm at Kino Scala. The first film on the program, immediately after the opening, is the Israeli drama Decent Citizen, about individual responsibility in the context of Western liberalism. It tells the story of a young couple who witness unwarranted and racially motivated police brutality. A harmonious relationship and ideals about society begin to crumble in their hands.

Among the favourites for the main jury prize is the French film Five Devils (“Les Cinq diables”), which was shown in Cannes. A magical story told through the eyes of a girl with supernatural abilities, it touches on the theme of family secrets and an attraction that retains its strength even after years of separation. Adèle Exarchopoulos, known from the film “The Life of Adèle”, stars in the lead role.

The line-up also looks to South America with the Brazilian film “Paloma”. The eponymous heroine longs for a traditional church wedding, which is not possible due to her gender identity. Despite the growing doubts of her partner and the heartless actions of the local people, brave Paloma does not lose hope. In keeping with the theme of the festival, the story encourages determination to follow a dream.

The debut of Austrian director Clara Stern, “Breaking the Ice”, takes the festival from sunny Brazil to an ice arena, where the main heroines are bumping into guardrails and suffering from first love. Can two characters with such different views of the world find common ground? This coming-of-age film shows that the challenges of growing up are relatable to those we can experience at any age.

The genre-diverse competition will include ten films from the best that contemporary queer cinematography has to offer. This year’s program also includes documentaries, a retrospective, distribution films from the Queer Kino brand, a short film competition, and a rich accompanying program. Ukraine is Queer, a block of four short films from Ukraine, selected for the program by this year’s judge Bohdan Zhuk from the Kyiv Melodist festival, deserves special attention, featuring the unique testimonies of queer people who, despite the horrors of war, have not lost the hope and courage to search for the meaning of life.

Tickets per screening will cost CZK 140. The festival will culminate on Friday, 18 November with a closing party at Art Bar:Druhy Pad. The entire program and information about festival passes is available on the event website.

https://brnodaily.cz/2022/11/02/events-in-brno/23rd-mezipatra-film-festival-presents-the-best-in-contemporary-queer-cinema/https://brnodaily.cz/wp-content/uploads/2022/11/SadPortraits_still2_ZET-PICTURES-credit-QFF-mezipatra-1024x576.jpghttps://brnodaily.cz/wp-content/uploads/2022/11/SadPortraits_still2_ZET-PICTURES-credit-QFF-mezipatra-150x84.jpg2022-11-02T13:48:35+01:00Jack StephensArt & CultureBrnoEvents in BrnoNewsBrno,Culture,Czech Republic,Events in Brno,News“Portraits of Sadness”, part of the “Ukraine is Queer” block of short films. Credit: QFF Mezipatra. Brno, Nov 2 (BD) - The 23rd Mezipatra Queer Film Festival will present 71 films, ten of which will compete for the main jury prize. Highlights of the schedule include the Israeli social drama “Decent...Jack Stephens jack.stephens50@gmail.comAuthorA writer and English teacher originally from London who has lived in Brno since 2011, interested in politics, low culture, and all things strange and/or Czech.Brno Daily

A writer and English teacher originally from London who has lived in Brno since 2011, interested in politics, low culture, and all things strange and/or Czech.
View all posts by Jack Stephens →
« Czech Children Are Exposed to Alcohol Since Childhood
Milos Vystrcil Re-elected as Chair of Czech Senate »