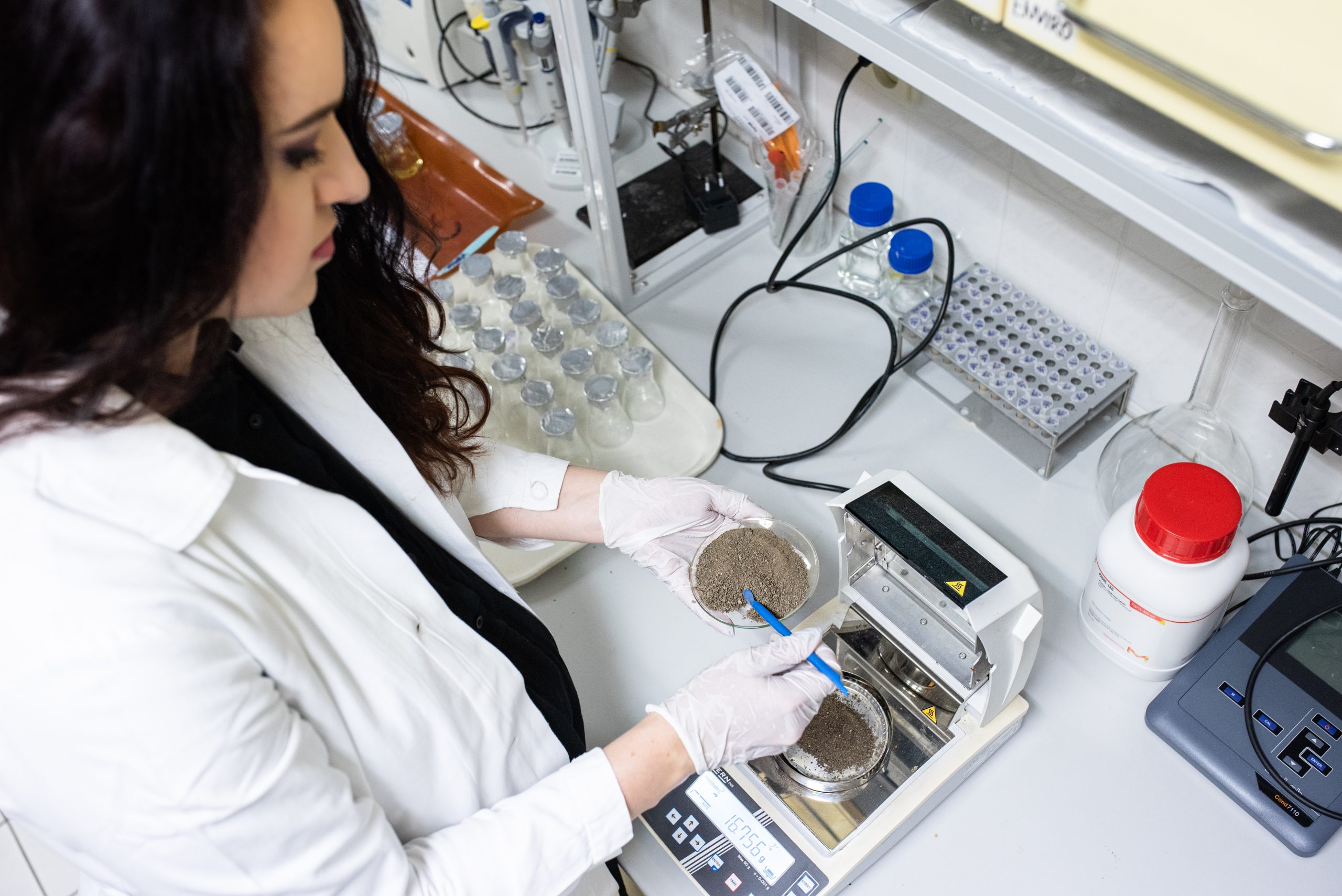 The aim of the research is to use microorganisms to produce high-quality and stable compost. Photo credit: MENDELU.

Brno, Oct 22 (BD) – Household food waste very often contains large amounts of oils, salt, or spices, which produce acidic juices that have a negative impact on the initial phase of composting and can even stop the process. Scientists from the Faculty of Agronomy at Brno’s Mendel University are researching how to prevent this, and they have found evidence that naturally occurring lactobacilli bacteria can help.

“The moment we put gastro-waste in the composter, it releases a large amount of water, the so-called compost juice. This is acidic and full of fats, vitamins, and minerals. Such juice inhibits the microbial process and can stop the composting process,” explained Ester Kovaříková from the Institute of Chemistry and Biochemistry at MENDELU.

The scientists therefore decided to test whether the composting process could be positively influenced by the involvement of selected microorganisms to induce the correct microbial process. “I mainly worked with two groups of microorganisms that have the metabolic potential to enter the composting process. I found lactobacilli, naturally occurring bacteria, to be the best,” said Kovaříková.

Lactobacilli are commonly used in the treatment of gastrointestinal obstructions, so their use does not pose a biological risk. “We have found that this type of bacteria can withstand composting juice and it has a relatively high survival rate,” Kovaříková said, adding that scientists have already started to cultivate lactobacilli, i.e., to accustom them to working in composting juice.

The aim of the research is to obtain high-quality and stable compost by using microorganisms. “The problem is not only that we are wasting food, but also that we are not giving back to the soil what it gives us. I would be happy to find out that I can produce a stable humus substance that meets Czech legislative standards at the end of the project. And that it will be a nutritious mixture that can be returned to the soil without issues, thus completing the imaginary circle of the circular economy,” said Kovaříková.

According to surveys, the Czech Republic produces almost nine million tonnes of waste food each year that could be composted. However, not all currently available commercial composters produce a stable humus substance. Some composts can even be phytotoxic, which means that they are potentially harmful not only to the crops grown but also to the soil itself.

“When we compost gastro-waste, it’s a three-month process. Manufacturers of so-called hybrid plants declare that it is possible to achieve the result in 24 hours. which is not possible. The composts that are produced from such facilities are very acidic, have low pH, poor nitrogen-carbon ratio, and ultimately harm the soil,” said the scientist.

The lactobacillus solution could be suitable for treating gastro-waste within the public sector, cities, smaller initiatives and households themselves. “Commercially, we would target facilities with longer processing times. Financially, it should be well affordable, as it is not really about microorganisms modified in any way,” Kovaříková added. So far, the researchers have tested the lactobacilli in smaller composting boxes placed on a thermostat, where they are able to see within a few days how the bacteria are doing and whether the compost has started to break down properly.

The researchers will then have a full three-month composting process in the summer to verify their findings. For the experiments, the researchers are taking food scraps from the Mendel University canteen but also from several Brno homes for the elderly. Over the course of the project, they have processed more than 300 kilograms of gastro waste in this way. They are cooperating on the research with the Institute of Applied and Landscape Ecology at MENDELU, Masaryk University, and commercial partners.