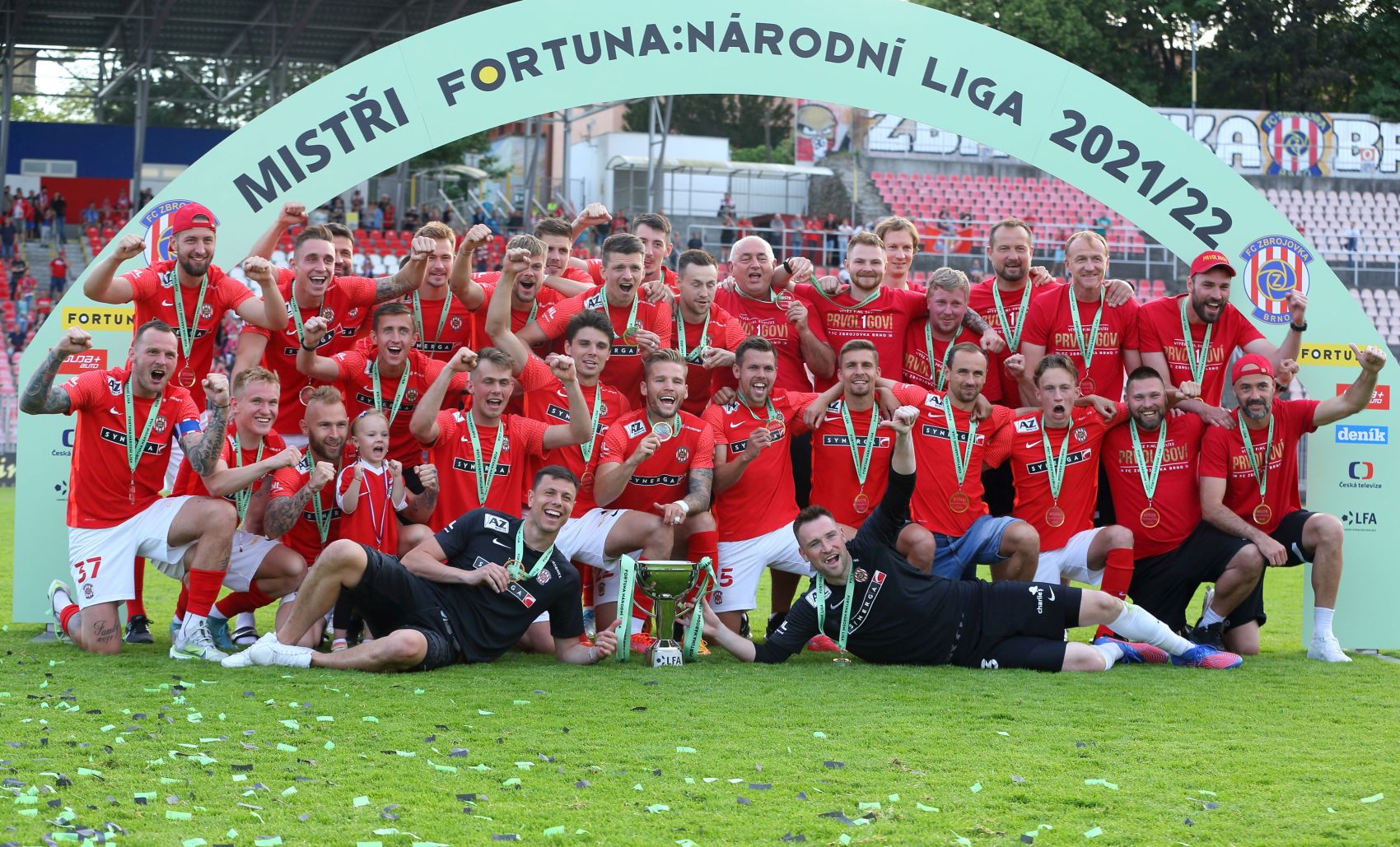 The first Eurofanz tournament in Brno will kick off at the Lužánky stadium at 2pm on Friday, 8 July. Fans of Zbrojovka Brno, Newcastle United, SC Heerenveen, Ferencváros FC and Zimbru Chisinau will introduce themselves one by one. The national colours will then be represented by fans from Czech Republic, Slovenia, Netherlands, Wales, Mexico, Ukraine and Belarus. Photo credit: FC Zbrojovka Brno

Brno, July 7 (BD) – Football fans are on their way to Brno from England, the Netherlands, Slovenia, Wales, and Hungary, among other countries. The Moravian capital is this year hosting the Eurofanz tournament for fans of European countries and clubs, traditionally organised in the Ukrainian city of Lviv. Due to the Russian invasion of Ukraine, football fans in Brno have decided to take over the popular tournament, with all proceeds going to help Ukraine.

The Eurofanz football tournament was founded by a group of enthusiasts in Lviv in 2007. Every year since, football fans from over 20 countries have met in the western Ukrainian city at the start of June and July. The tradition was only interrupted by the coronavirus pandemic outbreak and associated travel restrictions. After a two-year pause, the organisers planned to continue the traditional event this year. Unfortunately, their country was invaded by the Russian army in February.

“Almost right after the Russian attack, I reached out to the lads in Ukraine not to call off the tournament, that I would organise this year’s event in Brno and the proceeds would go to support Ukraine,” said Marek Fišer, Brno city councillor for culture and the main organiser of the tournament. “We have been travelling to Lviv for the tournament for many years now. It is a unique event, a great opportunity to meet football fans from all over Europe in a buzzing and friendly atmosphere. This way, we will at least partially repay the gents from Ukraine for what they had in store for us all those years.”

Especially for the participants from Belarus, this will be a symbolic and very important participation. “We want to send a message to the world that the Belarusians stand behind Ukraine,” said Dzianis Kuchynsky, head of the Belarusian expedition and an advisor of the Belarusian exile politician Sviatlana Cichanouvska. “We would like to thank the Lithuanian Ambassador in the Czech Republic for giving us the opportunity to participate in this event,” said Kuchynsky.

The Belarusian team will represent their country in historic white and red colours, and will come to Brno from Vilnius, Lithuania, where a large community of Belarusians live, fleeing from the repressive regime of Belarusian dictator Aleksandr Lukashenko. “We can only admire the Belarusian struggle for freedom,” commented Laimonas Talat-Kelpša, the Lithuanian Ambassador in the Czech Republic. “It is necessary to make them heard, provide a platform to become visible and represent the white-red colours of free Belarus. And the Eurofanz tournament is exactly such a platform.”

The event is also supported by his Dutch counterpart Daan Huisinga. “We are proud partners of this fundraising tournament for Ukraine. It is a great example of European solidarity and cooperation on a local level, “said the Dutch Ambassador to the Czech Republic.

The group stage matches of the tournament will take place at the iconic Lužánky stadium on Friday, 8 July. Play-off matches will follow on Saturday, this time at the Srbská municipal stadium. The semifinals and finals will then be streamed live on the Facebook page of the Eurofanz tournament. This special tournament will gather fans of the Zbrojovka Brno, Newcastle United, SC Heerenveen, Ferencváros FC, and Zimbru Chisinau.

“Proceeds from the entry fees and the fundraiser on the transparent account will go directly to the same guys we have met in recent years at the tournament, who are now fighting for their country,” explains Fišer. “We will be happy for any support. And at the same time we would like to invite a wide audience. Everyone can come, watch football, have a beer, cheer and support the good cause.”

https://brnodaily.cz/2022/07/07/events-in-brno/brno-hosts-eurofanz-football-tournament-in-solidarity-against-russian-invasion/https://brnodaily.cz/wp-content/uploads/2022/07/football-credit-FC-Zbrojovka-Brno-1024x620.jpeghttps://brnodaily.cz/wp-content/uploads/2022/07/football-credit-FC-Zbrojovka-Brno-150x91.jpeg2022-07-07T08:53:54+02:00Elisa PintonBrnoEvents in BrnoSportBrno,Eurofanz,Events in Brno,football,SportThe first Eurofanz tournament in Brno will kick off at the Lužánky stadium at 2pm on Friday, 8 July. Fans of Zbrojovka Brno, Newcastle United, SC Heerenveen, Ferencváros FC and Zimbru Chisinau will introduce themselves one by one. The national colours will then be represented by fans from Czech...Elisa Pinton pintonelisa33@gmail.comAuthorFrench intern studying communication, management, marketing and event coordination. Always motivated to discover new places, try new food specialties and learn new things. Driven by passion and organization. Books, movies and dogs lover.Brno Daily