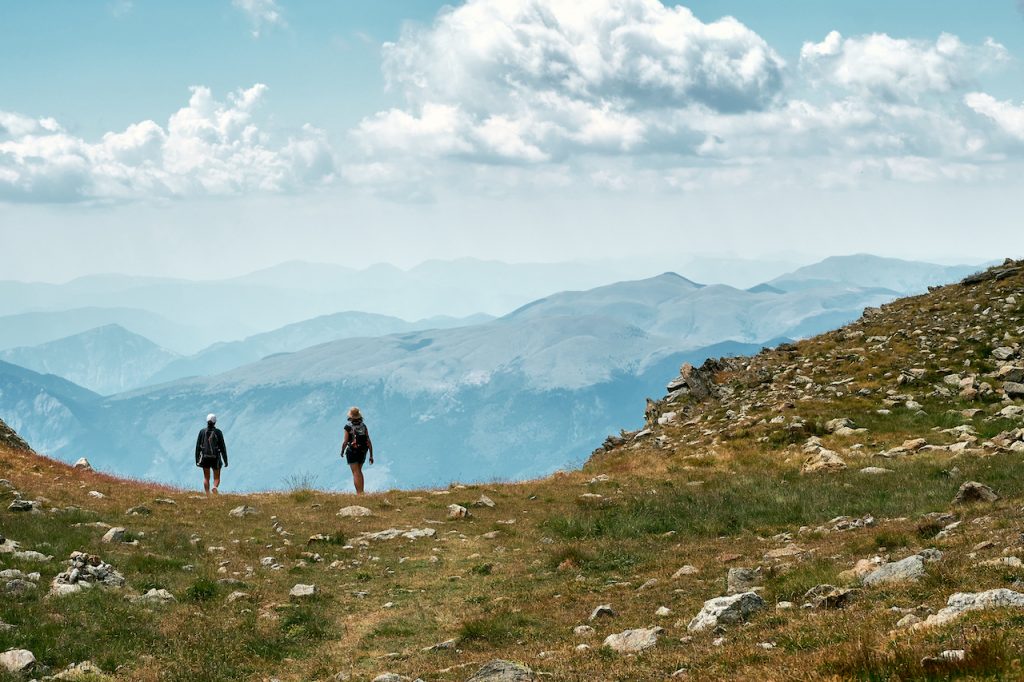 The 162-mile hiking route makes three stops in the German region of Lower Bavaria, one on the border between the two countries, and five in the Plzeň region of the Czech Republic. Photo Credit: Freepik

Czech Republic, June 29 (BD) – The pilgrimage route “Vintír’s Trail” follows in the footsteps of the venerated monk St. Vintír through the Bavarian and Bohemian Forests. In the 11th century, Vintir went to the then-uninhabited “Northern Forest” and founded the village of Rinchnach after the impenetrable forest had been cleared. That is why the hiking mark on the Bavarian side is the hoe symbol; it is replaced on the Czech side by regular hiking marks and also a golden V, which symbolises both the hoe and the name Vintír, the Czech equivalent of the German Gunther.

In total, the hiking route is 162km long and contains nine daily stages of 14-21 km. The longest section of the trail (22 kilometres) takes hikers from Sušice to Horažďovice, while the shortest (14 kilometres) goes from Prášil to Hartmanice. The pilgrimage trail starts at the monastery in Niederalteich on the Danube, and its destination is the Czech town of Blatná. The trail leads directly through the heart of the Bavarian Forest and Sumava National Parks and their unspoiled nature on both sides of the border. Along the way, hikers will come across attractions such as the Vintier Stone near Lalling, the Frauenbrünnl pilgrimage church near Rinchnach – the so-called Vintier Church – or the Gsenget, the “green border crossing” to Bohemia, which was made inaccessible by the Iron Curtain for many decades.

On the Czech side there are numerous castles and churches, such as the Baroque church of St. Vintír in Dobrá Voda with its glass altar, the Vintír chapel below the top of Březník mountain, and the church of St. Moritz on Mouřenec hill. The pilgrimage trail leads past the vast Rabí Castle and the castles in Chanovice and Blatná, through the towns of Sušice and Horažďovice until reaching the “City of Roses”, Blatná.

“The main goal is to offer more than just information about the history of the region and unique tourist experiences in the beautiful scenery of the Bavarian forests and the Bohemian Forest. There is also significant spiritual overlap, and each stage offers unique places to meditate,” said regional councillor Libor Picka.

“The route will attract many tourists and is of great importance for cooperation between Czechs and Germans,” said Hartmanice Mayor Pavel Valdman. St. Gunther’s Trail (“Vintířova stezka” in Czech and “Gunthersteig” in German) will officially open this summer, after three years of work along the route costing more than CZK 21 million, part-funded thanks to support from the cross-border European Territorial Cooperation initiative.

For more information you can visit the official website: www.gunthersteig.com

https://brnodaily.cz/2022/06/29/news/newly-established-162-kilometre-hiking-trail-connects-czech-republic-and-germany/https://brnodaily.cz/wp-content/uploads/2022/06/back-view-photo-hikers-standing-edge-hill-french-riviera-1024x682-1.jpghttps://brnodaily.cz/wp-content/uploads/2022/06/back-view-photo-hikers-standing-edge-hill-french-riviera-1024x682-1-150x100.jpg2022-06-29T08:05:12+02:00Ilaria BriziBreaking NewsCzech Republic / WorldCzech Republic,Germany,Hiking,NewsThe 162-mile hiking route makes three stops in the German region of Lower Bavaria, one on the border between the two countries, and five in the Plzeň region of the Czech Republic. Photo Credit: FreepikCzech Republic, June 29 (BD) - The pilgrimage route 'Vintír's Trail' follows in the footsteps...Ilaria Brizi ilabrizi12@gmail.comAuthorItalian girl with a master’s degree in marketing and advertising. I love travelling, reading, writing, listening to music, but most of all I love having breakfast. Against cheese on tuna pasta.Brno Daily

Italian girl with a master’s degree in marketing and advertising. I love travelling, reading, writing, listening to music, but most of all I love having breakfast. Against cheese on tuna pasta.
View all posts by Ilaria Brizi →
« Czech Republic Men’s and Women’s Teams Both Take Silver In Street Hockey World Championships
Optical Sensors Using Artificial Intelligence Monitor Pedestrian Movement In Brno »