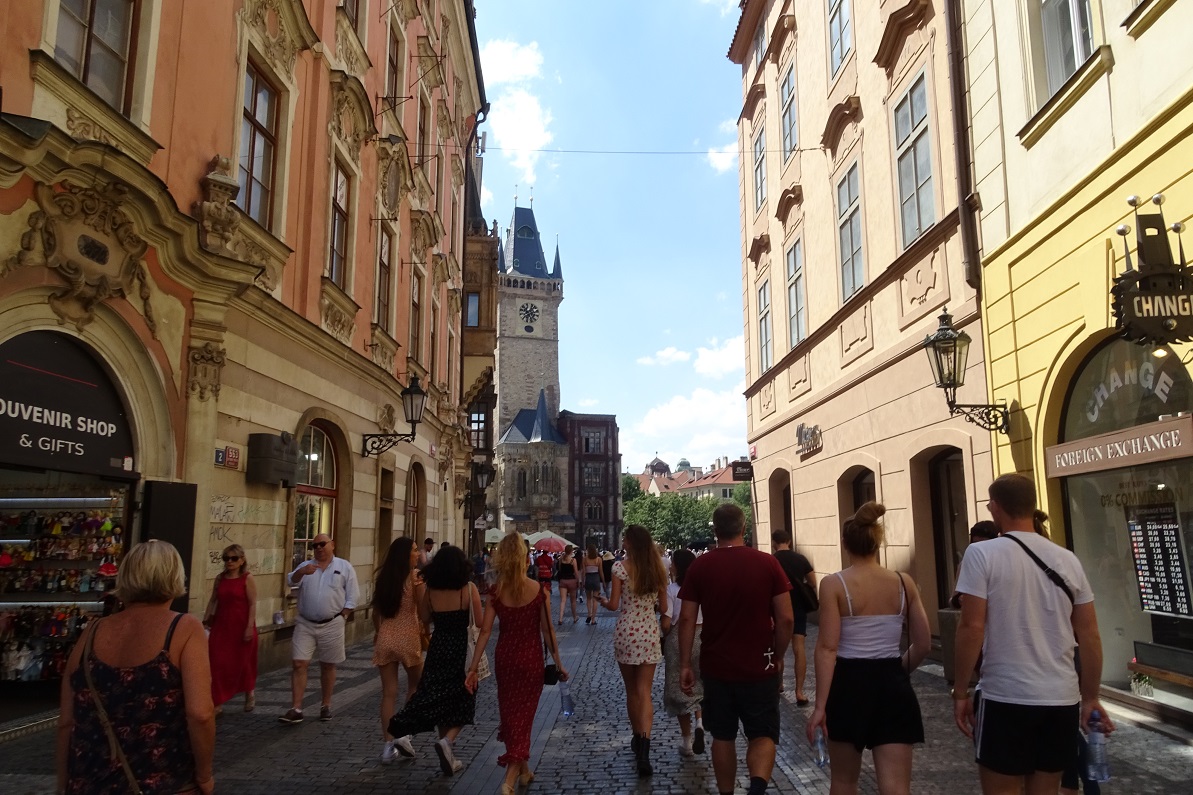 According to preliminary figures from the Czech Statistical Office (CZSO), the population of the Czech Republic grew by 3,200 to 10.52 million in the first quarter of the year. This increase was only due to the effect of foreign immigration (+10,800), as the natural population decreased by 7,600. Photo credit: Zenon Moreau

Czech Republic, June 15 (BD) – The population of 10.52 million does not include those who were granted temporary protection in connection with the war in Ukraine (according to data from the Foreigner Information System, the number of people at the end of the first quarter was 250,000). A total of 19,200 people came to the Czech Republic from abroad as part of normal migration, while 8,300 were registered as leaving.

In a year-on-year comparison, both births and deaths decreased. The number of live births in the first quarter reached 24,200, a decrease of 3,500 from the same period last year. The number of deaths was 31,900, around a third lower than the same period last year, during a severe stage of the Covid-19 pandemic. Overall, the number of deaths this year was slightly above the average for the period 2015-2019. According to experts, this is due to more populous age groups born in the 1940s entering a higher mortality age. The largest share of those currently dying were born in the post-war baby boom year of 1946.

The pandemic situation had also affected marriages, which have now begun to increase again. Between January and March, 4,200 couples got married, 1,300 more than a year ago and the highest since 2009. “Couples were most attracted by February dates during the first quarter. A total of 2,211 marriages were finalised in February, and almost 1,100 on a single day – Tuesday, 22 February,” said Michaela Němečková from the CZSO Department of Demographic Statistics. According to Němečková, the last time the authorities recorded more than a thousand marriages on one day in the first quarter was 20 years ago, on Saturday, 2 February 2002.

According to the CZSO, 9,300 Ukrainians immigrated to the Czech Republic in the first quarter, when the Russian invasion of Ukraine began, and 2,400 left the country. Besides Ukrainians, citizens of Slovakia and Russia also contributed to the increase in the Czech population.

https://brnodaily.cz/2022/06/15/news/czech-population-continues-to-rise-despite-deaths-outnumbering-births/https://brnodaily.cz/wp-content/uploads/2020/07/Prague-streets-tourist-July-2-Zenon-Moreau-2-1-1024x682.jpghttps://brnodaily.cz/wp-content/uploads/2020/07/Prague-streets-tourist-July-2-Zenon-Moreau-2-1-150x100.jpg2022-06-15T11:33:07+02:00Ilaria BriziCzech Republic / WorldBirths,Czech Republic,Deaths,Immigration,Marriages,News,PopulationAccording to preliminary figures from the Czech Statistical Office (CZSO), the population of the Czech Republic grew by 3,200 to 10.52 million in the first quarter of the year. This increase was only due to the effect of foreign immigration (+10,800), as the natural population decreased by 7,600. Photo...Ilaria Brizi ilabrizi12@gmail.comAuthorItalian girl with a master’s degree in marketing and advertising. I love travelling, reading, writing, listening to music, but most of all I love having breakfast. Against cheese on tuna pasta.Brno Daily

Italian girl with a master’s degree in marketing and advertising. I love travelling, reading, writing, listening to music, but most of all I love having breakfast. Against cheese on tuna pasta.
View all posts by Ilaria Brizi →
« South Moravian Governor Grolich Donates Blood At St. Anne’s Hospital To Mark World Blood Donor Day
Kino Art Summer Cinema Returns With Hit Movies Every Day At Nova Zbrojovka »