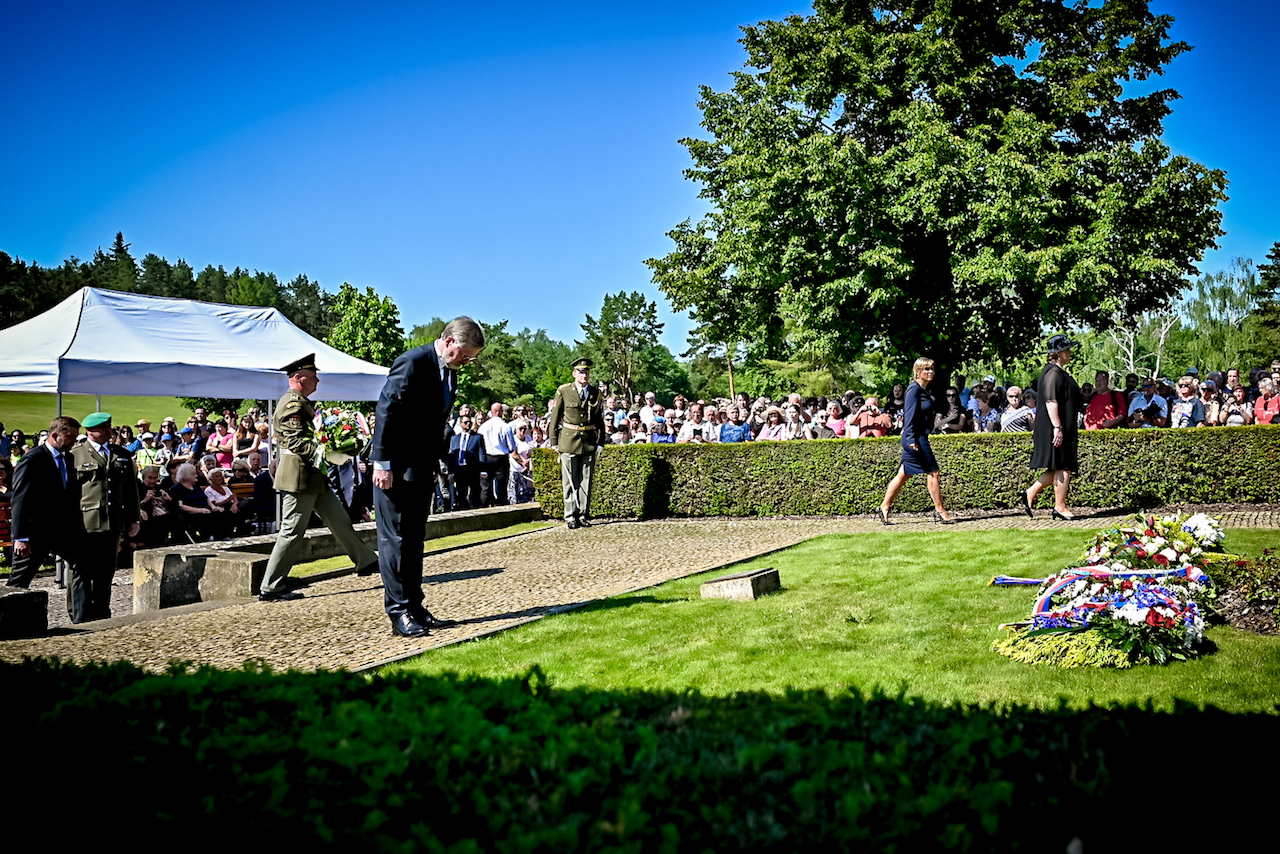 On Sunday, 12 June, Prime Minister Petr Fiala attended a commemorative ceremony held on the occasion of the 80th anniversary of the extermination of the Central Bohemian village of Lidice by the Nazis in 1942. Photo credit: vlada.cz

Czech Republic, June 14 (BD) – On Sunday, Prime Minister Petr Fiala paid tribute to the victims of the Lidice massacre by placing a wreath. 80 years after the extermination of the village by the Nazis, Fiala said that it is extremely important to keep in mind the legacy of Lidice as one of the symbols of the atrocities of the Second World War.

“It is important because the Nazis tried to wipe Lidice off the face of the earth,” said Fiala. “Not only in fact, but they also wanted the name of the village to be forgotten. But the opposite happened. Lidice became a worldwide symbol of Nazi brutality and it is our duty to commemorate these events. To remember the victims and to remember what totalitarian regimes are capable of.”

In this context, the Prime Minister also recalled the ongoing Russian aggression in Ukraine. “We are now experiencing a war actually not far from us,” he said. “In Europe. And I think that every day we see war crimes committed by Russia in Ukraine. And all of this is to remind us that freedom, democracy, independence are values that are not self-evident and must be fought for. And we should also do this out of respect for the 340 people from Lidice who were murdered, and out of respect for all the victims of totalitarian regimes. Because thanks to them we can enjoy freedom, security and independence today.”

On 10 June 1942, 173 men of the village were shot by the Nazis, women were taken to the Ravensbrück concentration camp, and children who were not selected for Germanization were murdered in the Chelmno extermination camp. The village was razed to the ground. By 1945, only 143 women, 17 children and three men survived. The reason for the extermination of Lidice by the Nazis was the alleged connection of one of its citizens to the assassination of Reich Protector Reinhard Heydrich in May 1942.