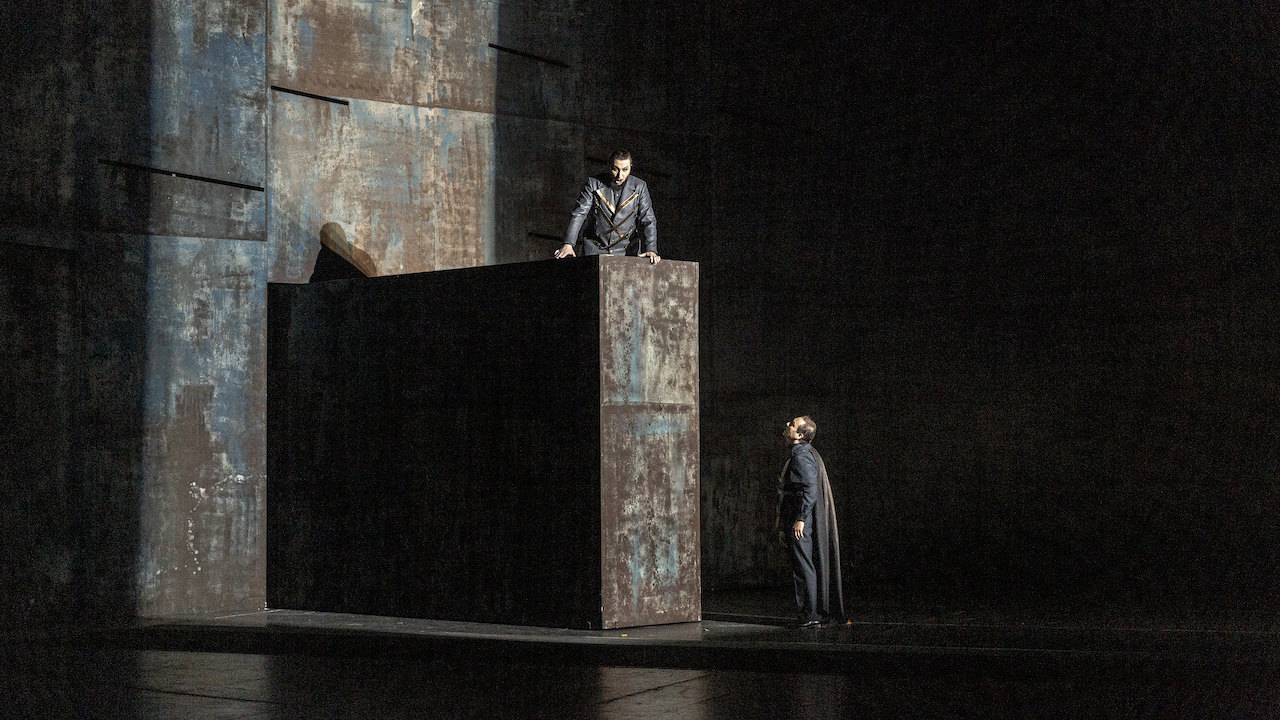 Brno, June 9 (BD) – “Verdi’s penultimate opera, which premiered in 1887, is a truly masterful work, with characters rendered in plasticity, with grand choral scenes interspersed with intimate lyrical moments. The very moment when the curtain opens and the audience is immediately drawn into the dramatic situation in the harbour, where a storm is raging and the people gathered in the harbour watch in horror as Othello’s ship, returning from a campaign against the Turks, attempts to land, is one of the masterpieces of choral scenes,” explained conductor Robert Kružík.

The production features an accomplished cast – in the role of Othello, the South Korean tenor Sung Kyu Park, know to Brno audiences from productions of La Gioconda and Turandot, and the American tenor Harold Meers, whose planned participation in the Greek Passion was interrupted by the pandemic. Desdemona will be represented, in their home ensembles, by Brno sopranos Pavla Vykopalová and Jana Šrejma Kačírková. The international cast also includes Serbian baritone Dragutin Matić and Georgian Giorgi Mtchedlishvili in the role of Iago. Zuzana Kadlčíková has prepared the choral part. After four performances at the Brno theatre, the new production will be staged at the Thurn und Taxis Schlossfestspiele festival in Regensburg, Germany, in July.

“I am very satisfied with Verdi’s version. Although we lose some motifs from Shakespeare, I think the character of Iago and, paradoxically, Desdemona is deepened a lot. She is not a young girl who defies time and convention, but a mature, devoted and loving woman who trusts her partner. To her detriment. It’s interesting to me how easily adults are manipulated, losing control of their thoughts and emotions. How easily we are able to believe, like Othello, obvious stupidities, and fail to acknowledge, like Desdemona, obvious dangers,” added director Martin Glaser.

“The title role of Othello, then, is the touchstone of heroic tenors, a part in which Verdi put all the shades of the human soul – from warrior to tender and loving man to wounded animal consumed by jealousy. Shakespeare’s famous tragedy has been performed on the stage for over 400 years and has lost none of its relevance. The themes of prejudice and the individual’s difference from the standard set by society are daily recurring themes, and Verdi’s music has only added further dimensions to the drama and its characters,” added Kružík.

Robert Kružík belongs to the new young generation of Czech conductors. At the age of 26 he became a permanent conductor at the Janáček Opera of the Brno National Theatre and the Moravian-Silesian National Theatre in Ostrava. He has been working with the Janáček Opera NdB since 2014 as an assistant conductor on the production of Gaetano Donizetti’s Maria di Rohan, as well as on the operas Carmen, The Mouthpiece, and more. He has staged Rossini’s The Count of Ory, Tchaikovsky’s The Queen of Spades and Eugene Onegin, and the Greek Passion by Bohuslav Martinů.

“Verdi’s Otello is truly a masterpiece. It will sound like a cliché, but I think there are no weak points in this opera. The duets between Othello and Desdemona are, at least initially, the most beautifully rendered position of love and tenderness imaginable,” said Kružík.

A pre-premiere preview took place on Tuesday, and is available online here.