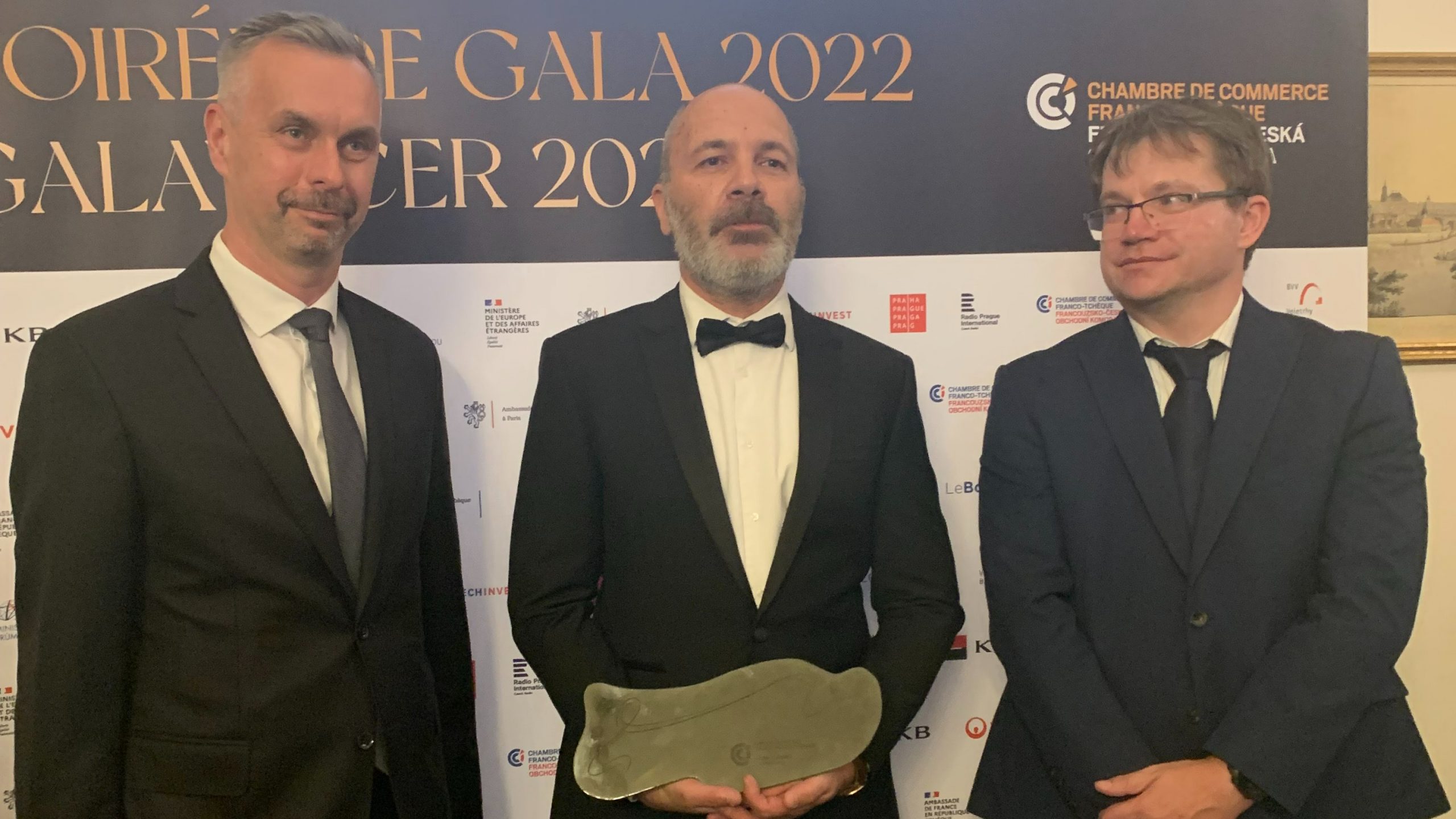 The Czech Republic is an attractive market for French foreign investors. Since its creation in 1992, the CzechInvest agency, part of the Czech Ministry of Industry and Trade, has been involved in 65 French investment projects totalling CZK 30.2 billion. The most successful French companies operating in the Czech market were awarded at a gala dinner of the French-Czech Chamber of Commerce at the Lobkowicz Palace on 26 May. This year’s winners of the Company of the Year award were the Oxymetal group. Photo credit: CCFTFCOK on Twitter

Czech Republic, May 30 (BD) – “French investments represent a huge potential and the current amount of promised investments means the creation of more than tens of thousands of jobs,” said Petr Očko, Deputy Minister of Industry and Trade, who heads the CzechInvest agency. “We are very pleased with the development of individual companies, such as Valeo, which came to the Czech Republic in the 1990s with its manufacturing activities, followed by large investments in research and development in the last decade.” According to Očko, Valeo employs 4 000 people in the Czech Republic, including 700 in its research centre in Prague, where it is developing new high-tech technologies for the automobile industry such as the first mass-produced laser sensor, a key element for autonomous mobility. The company is involved in active collaboration with local universities, and Očko praised the company for contributing to “the global importance of the Czech automotive industry”.

During the evening, Očko presented the Company of the Year award to Oxymetal Group, a company based in Plzeň which specialises in laser cutting. It was awarded in particular for the successful development of its production capacity over the last three years; despite the effects of the pandemic, the company managed to grow from four employees in 2019 to almost 50 today. The French-Czech team operating in Plzeň is also contributing to the development of French-Czech relations.

“CzechInvest’s long-term clients include a number of major multinational companies,” said Eva Jungmannová, Director of the Investment and Foreign Activities Division at CzechInvest, mentioning Schneider Electrics, Latecoere, BlueLink and Sanofi as examples. “These are exactly the kind of investments that give the Czech Republic something extra, be it know-how in the form of innovations or new qualified employees. They bring money to the state coffers, but they also improve the quality of life of the inhabitants in the regions.”

https://brnodaily.cz/2022/05/30/news/business/czechinvest-marks-czk-30-billion-of-investment-from-french-companies-since-1992/https://brnodaily.cz/wp-content/uploads/2022/05/FTs9MX4X0AIezwM-1024x576.jpghttps://brnodaily.cz/wp-content/uploads/2022/05/FTs9MX4X0AIezwM-150x84.jpg2022-05-30T14:42:51+02:00Julie ChretienBusinessCzech Republic / WorldBusiness,Czech Republic,France,Investment,NewsThe Czech Republic is an attractive market for French foreign investors. Since its creation in 1992, the CzechInvest agency, part of the Czech Ministry of Industry and Trade, has been involved in 65 French investment projects totalling CZK 30.2 billion. The most successful French companies operating in the Czech...Julie Chretien julie.chretien29@gmail.comAuthorA 21 year-old French student currently doing a Master's degree in management and communication in Lyon, France. Always thrilled to learn about new cultures and languages, and also, big fan of foods. Loves cats and karaoke night with friends.Brno Daily