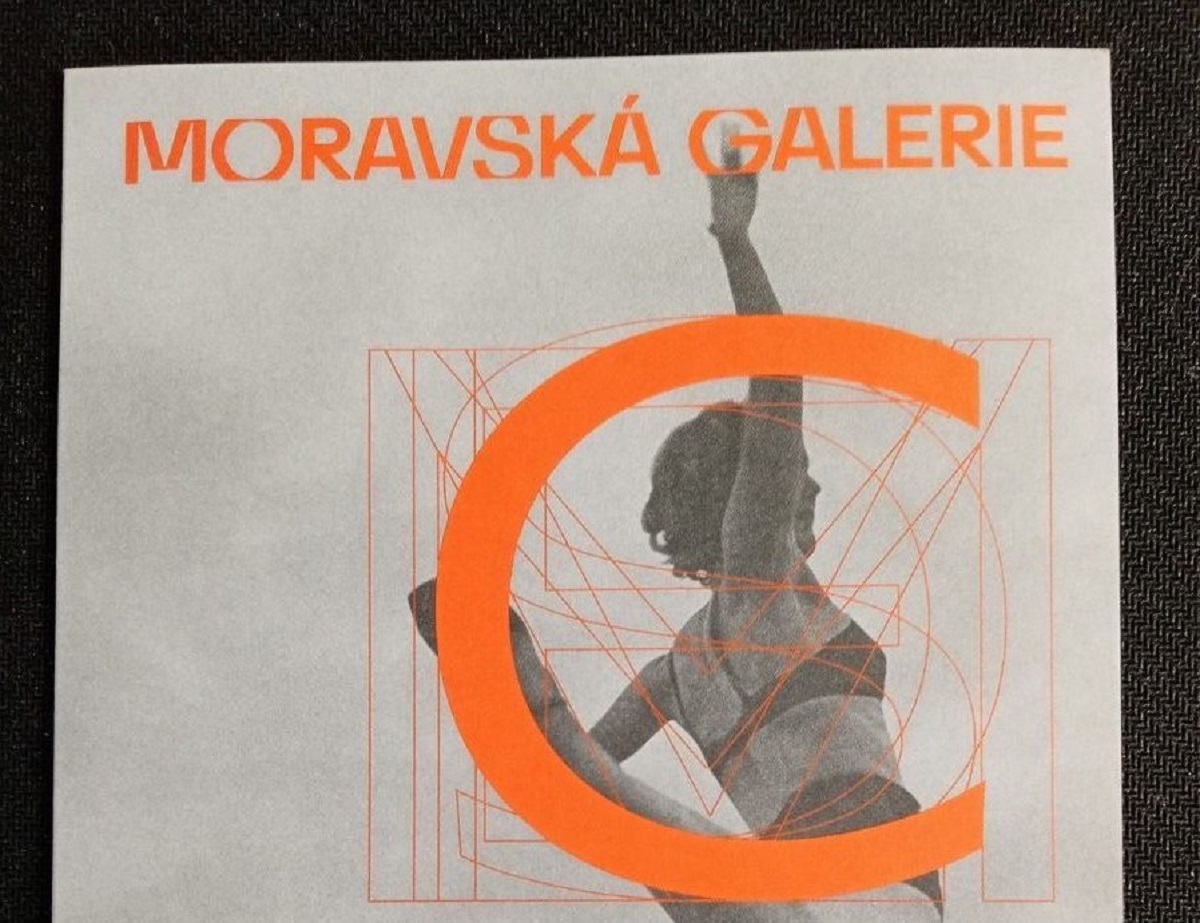 There is an English guided tour of the Civilized Woman Exhibition at the Moravská Galerie on the 31st May at 3pm. Art lovers, social sciences students, and especially feminists should definitely take this tour of a fascinating and complex evolution of woman’s public image during the interwar years. Photo credit: Cathy Prinsloo.

This evolution met with an awkward, ambivalent and sometimes hostile response from society, reflected in the range of images in the exhibition. However, aspects of this new civilized woman were also welcomed and celebrated, and the exhibition curators summarise this dichotomy in the subtitle “Ideal and paradox of the visual culture of the first Czechoslovak Republic.”

Viewed from a purely 2022 perspective, some of the exhibits are intriguing, exasperating, moving, infuriating and endearing. The tour will definitely provide more context and interpretation.

What the exhibition spotlights is the real progress made from the 1930’s to the 2020s. The clever inclusion of the original 1929/1930 Civilized Woman exhibition flyer near the beginning of the current exhibition makes this evident.

This poster shows a woman having her long plait cut off by a masculine arm as a symbol of emancipation, and the slogan in both Czech and German: “How a civilized woman should dress”. Only the back of her head is shown. She is faceless and powerless.

This is a disturbing image for women in 2022. Fortunately, women now make their own decisions about their appearances. Society also now understands that a long traditional plait is not the antithesis of civilization or modern ambition.

Let’s take a look at the current exhibition’s A5 folded flyer. The front cover is taken from a magazine dated 1933, just three years after the original exhibition. It showcases rhythmic gymnast and dancer Milča Mayerová, who is wearing a ground-breaking “modern” two-piece costume, has bobbed hair, and is photographed in an athletic mid-air jump. It’s an intriguing acceptance and celebration of female sporting prowess, and the female body, within an ambivalent, changing society.

It’s as though the sportswomen enjoyed an accelerated acceptance and respect as modern female ground breakers. This is even evident in the traditionally caustic form of caricature art. Famous racing driver Eliška Junková sparkles with fun and character in artist Alexander Dobrinov’s 1928 portrait of her. It is a charming caricature. The artist was clearly a fan.

Other aspects of modern interwar women’s independence caused more conflicted responses. Some anxiety is still evident in cartoons of ordinary women starting to drive cars, which show the “Then” and “Now” versions.  Then – a woman pushing a small pram, and a man driving a car. Now – a woman enjoying driving a car and a man labouring behind a much bigger, heavier, more populated pram.

And then there are also a few exhibits which show this awkward discomfort and ambivalence from a previously completely male-dominated culture crossing the line into repulsively patronising, misogynistic images. Like the infuriating poster of the home-made woman, made entirely out of kitchen equipment, fruit, musical instruments, and pieces of furniture, with accompanying snide labels.

Perhaps it is also indicative of the real bewilderment faced by men at the time. How do we understand this new creature – this modern woman?  Let’s use methods from comfort zones – the workshop or the circus – and analyse her the way we solve a mechanical problem, as an assemblage of parts. Let’s throw in some humour, with a clown doing the explanation, to diffuse the apprehension and discomfort.

It was a time of great change. Old-fashioned, traditional images of women as housewives and mothers now competed with images of liberated modern women, with contributions to make in sport, entertainment, industry and business.

Fashions changed, and male clothing was adapted for women.

One very moving exhibit is of the earliest woman’s overalls. The First World War created an imperative for women to enter the workplace – hospitals, offices and factories. Clothing had to be functional and safe around machinery. The result was a pioneering overall that included aspects of a pinafore, being worn over a shirt and with the buttons on the shoulder blades. It had buttoned trouser legs and a belted waist. It featured several functional, buttoned pockets, but was devoid of frills and decoration.

Modern interwar women artists initially occupied a particularly awkward space. Talented sculptress Helena Johnová was not allowed to study sculpture at the beginning of her career, but was directed to embroidery and painting flowers as suitable avenues for women artists. Only much later in her career was she admitted to sculpture classes.

Two of her sculptures of women’s heads are charming. Neither is an idealised beauty. Both reveal middle-aged, idiosyncratic, highly individualised and flawed facial features. A glossy glazed finish, bright elements of clothing and jewellery give them a chic, distinguished quality.  There is an endearing kindness and humour in cultural historian Professor Naděžda Melniková-Papoušková’s squiggly eyebrows, and a brooding intensity in singer Anna Pečírková’s upturned gaze. Women seen, and understood, by a woman.

If the art world was tough on women at the time, the political arena was clearly even tougher. Only one political woman is featured in magazine posters, photographs and a sculpture at the exhibition: the U.S.-born Charlotte Masaryková, a champion of equality for Czech women, and the wife of T.G Masaryk, the first president of the Czechoslovak Republic.

The final, understated comment of the real political progress modern Czech women have made from the 1930s to the 2020s, can be found on the back page of the current exhibition flyer. In a small font it quietly notes that: “The exhibition is held under the auspices of Ms. Markéta Vaňková, the Mayor of the City of Brno.”

Take the tour, and find out more.

https://brnodaily.cz/2022/05/25/culture/exhibition-at-moravian-gallery-examines-the-civilised-woman-of-the-interwar-years/https://brnodaily.cz/wp-content/uploads/2022/05/2B.Current-Poster-e1653466791373-1-1024x788.jpghttps://brnodaily.cz/wp-content/uploads/2022/05/2B.Current-Poster-e1653466791373-1-150x115.jpg2022-05-25T17:36:01+02:00Cathy Khoury-PrinslooArt & CultureBrnoEvents in Brno,Exhibition,Women's EmpowermentThere is an English guided tour of the Civilized Woman Exhibition at the Moravská Galerie on the 31st May at 3pm. Art lovers, social sciences students, and especially feminists should definitely take this tour of a fascinating and complex evolution of woman's public image during the interwar years. Photo...Cathy Khoury-Prinsloo cathykp7@gmail.comAuthorBrno Daily

« Bratislavska 58: An Address For Charity, With A Homeless Shelter At Its Heart (Part 1)
Masaryk University Botanical Gardens Hosting Exhibition of Carnivorous Plants Until Sunday »