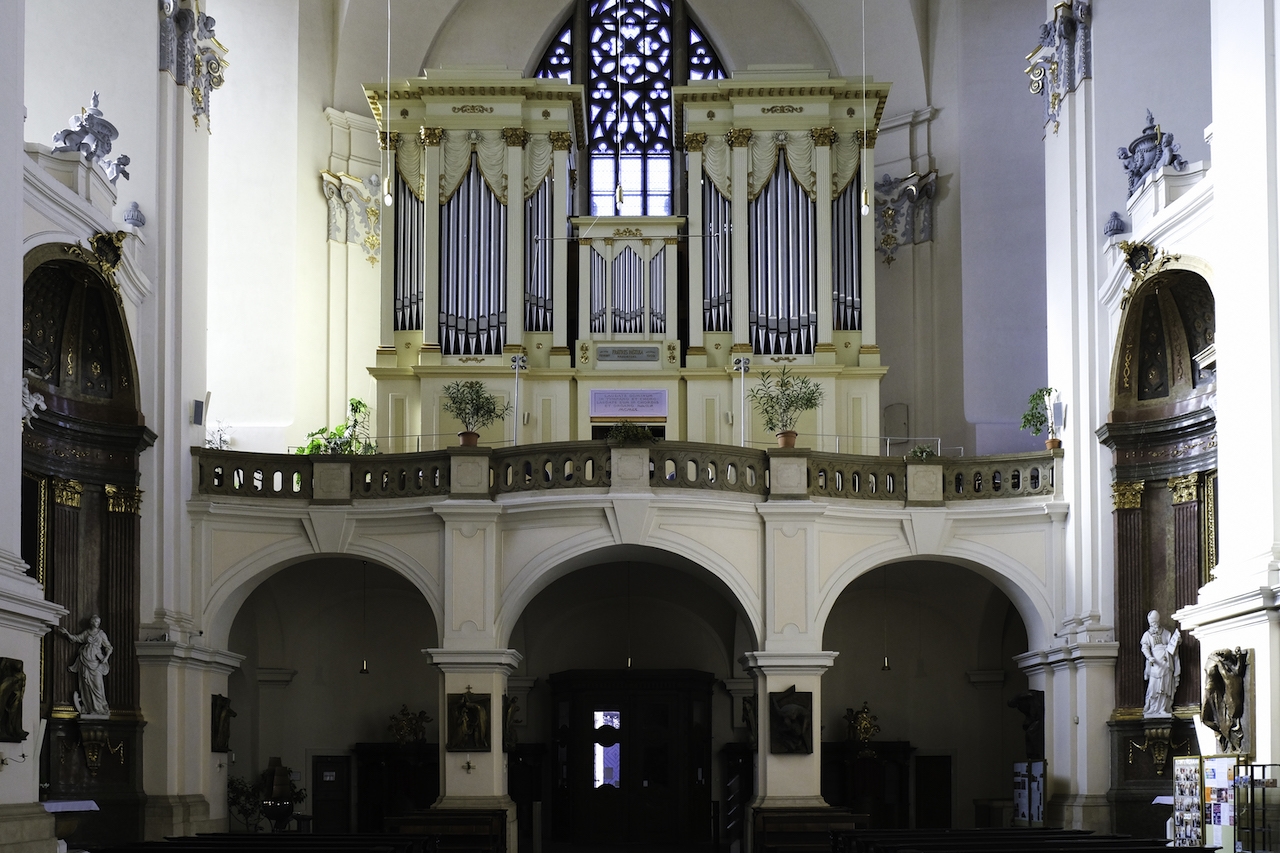 Lukáš Hurtík, a professional organ player living in Brno who survived the complications of leukaemia, begins a concert tour aimed at raising funds for the purchase of new equipment for the Department of Haematology-Oncology at Brno University Hospital, which could help to save more lives. The concerts will take place on 25 May at the Janáček Conservatory in Ostrava, on 5 June in Brno’s Petrov Cathedral, and on 11 June at the Evangelical Church in Karlovy Vary. Photo Credit: Coline B. / Brno Daily

Hurtík studied organ and piano at the PJ Vejvanovský Conservatory in Kroměříž. He specialized in organ, playing from 2003 to 2008 at the Faculty of Music at the Janáček Academy of Performing Arts in Brno under Professor Kamila Klugarova. He also completed his training with an academic year at the Staatliche Hochschule für Musk und Darstellende Kunst in Stuttgart, Germany, with the principal concert performer and composer Professor Jürgen Essl, and studied in a doctoral study program.

Since then, he has performed both as a soloist, and as a chamber musician and accompaniment, collaborating mainly with soloists, choirs, violinists and trumpeters, throughout the Czech Republic and also abroad, notably at festivals in Germany, Poland and Slovakia. Hurtík’s rich and varied repertoire extends from the late Renaissance, Baroque, to Romanticism and 20th century music and contemporary classical music. Since 2007 he has been teaching piano and organ at the Brno Art School, and since 2012 also organ at the Ostrava Conservatory.

Unfortunately, Hurtík was diagnosed with leukaemia and, in 2019, he had to undergo a bone marrow transplant. But his health is complicated: other tumours were discovered on his kidneys. The transplant therefore had to be postponed, and Hurtík was contemplating the prospect of dying and even began saying his farewells and preparing for his funeral. He says that at that very moment an incredible calm broke out in his soul and he became grateful for quite ordinary things and surrendered to the care of doctors.

Finally, a year later, the transplant could finally take place and, after weeks spent in the aseptic unit, his life can continue. But he remains marked by this experience and by the many patients he met during his long stay in the hospital, from children to the oldest generations. He knows that not everyone was as lucky as him, and he is therefore drawing attention through his work as a musician to the support of a good cause and to address the general public through a series of concerts.

Hurtík hopes to be able to raise CZK 40 million, which would allow the hospital to buy a special sequencer. If such funds cannot be raised, other equally useful purchases could also be made. Half a million crowns could already be used for the isolation of nucleic acids carrying genetic information in our cells. Thus, the clinic will continue its research and analyze this genetic information, which would greatly help doctors determine the most relevant treatment for each patient and thus give them a better chance of recovery.

https://brnodaily.cz/2022/05/22/events-in-brno/leukaemia-survivor-organist-to-perform-series-of-concerts-raising-funds-for-new-equipment/https://brnodaily.cz/wp-content/uploads/2022/02/cathedral-2-5-1024x682.jpghttps://brnodaily.cz/wp-content/uploads/2022/02/cathedral-2-5-150x100.jpg2022-05-22T09:23:02+02:00Coline BeguetBrnoEvents in BrnoNewsBrno,Cathedral,Concert,Events in Brno,Leukaemia,NewsLukáš Hurtík, a professional organ player living in Brno who survived the complications of leukaemia, begins a concert tour aimed at raising funds for the purchase of new equipment for the Department of Haematology-Oncology at Brno University Hospital, which could help to save more lives. The concerts will take...Coline Beguet colinebeguet@gmail.comAuthorSwiss intern, doing a master's program in media studies and journalism in Prague. Interested in environmental and social issues and love photography.Brno Daily

Swiss intern, doing a master's program in media studies and journalism in Prague. Interested in environmental and social issues and love photography.
View all posts by Coline Beguet →
« Náměstí Svobody To Host Event To Raise Awareness About Lives of Visually Impaired People
Brno Exhibition Centre To Host Job Fair For Ukraine On 26-27 May »