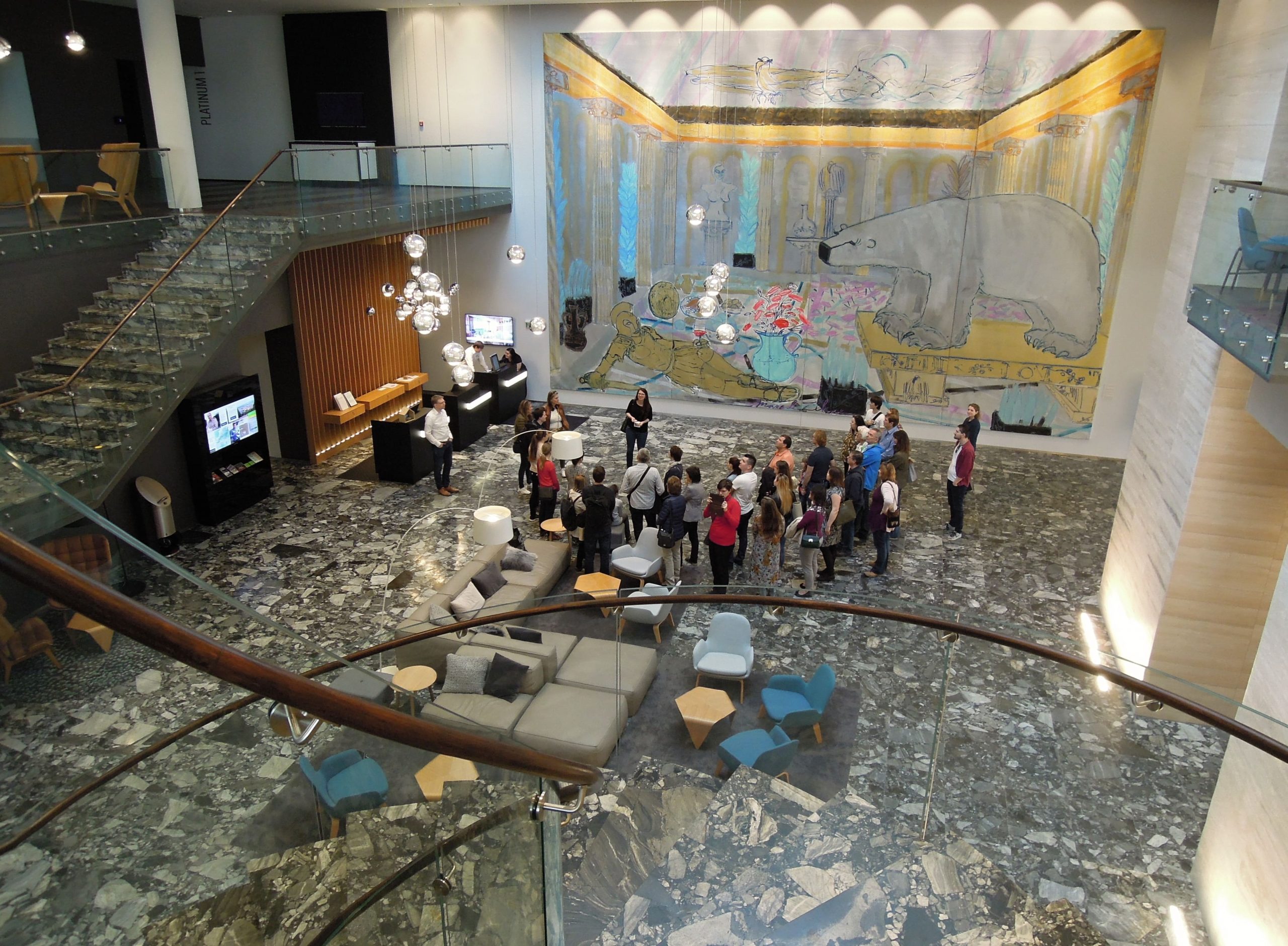 A behind-the-scenes look at three iconic Brno hotels, a tour of the surprising qualities of a socialist housing estate, and three examples of how architecture meets musical art. These are just some of the tours on offer as part of the Open House Brno architecture festival on the last weekend of May, when more than 70 locations around Brno, both historical and very contemporary, will be open to the public. Photo credit: OHB archive

Brno, May 13 (BD) – “The main idea of our festival is to offer people the opportunity to see the city from unexpected perspectives or to enter places where it is otherwise impossible,” said Lucie Pešl Šilerová, creative director of the Culture & Management association of the festival. “We want to show Brno in all its beauty and interconnectedness, and bring people to the places, projects and ideas that define our city today and are a legacy for the future. This year, visitors to Open House Brno will be able to visit, for example, the newly reconstructed Brno Czech Radio building, which recently won a prestigious award for its reconstruction.”

In cooperation with TIC Brno, the general partner of the festival, the famous Bílý dům and its currently inaccessible hall will be open to the public. The public can also take a tour of the Marriott Hotel, the Clubco centre in the new Vlněnka complex, and the modern style of Domeq accommodation, which will be opened by CTP, another Open House Brno partner.

This year’s special theme is “Old and New”, a comparison and contrast of socialist realism or brutalist architecture and contemporary modern buildings. Locations that are unfortunately impossible to enter even in small groups will be presented by a seven-kilometre bike tour, or at least by internet video tours, including a premiere of a video tour of the Constitutional Court in Brno.

“The icing on the cake should be the view from the 24th floor of one of the three reconstructed high-rise buildings, Šumavská Tower, on the border of Žabovřesky,” said Pešl Šilerová.The entire festival is non-profit, admission to all events is completely free, and the organization is run by volunteers every year.

Families with children will be catered for with special tours in the evening, and for fans of technical architecture, there will be a demonstration of the railroad shifting in the Parkway area. A night tour will take place in the grounds of Villa Löw Beer, on which guests will explore the rooms and otherwise inaccessible corners with only flashlights in hand. There are two versions of the special guided tour: one for families with children and one for adventurous adults.

More than 70 historical and very contemporary locations will be opened to the public during Open House festival, such as the newly reconstructed Brno Czech Radio building, which recently won a prestigious award for its reconstruction. Photo credit: OHB archive

The festival is part of Open House Worldwide, a network of more than 50 cities around the world that organize architecture festivals for the public. Each year, the festivals reach more than 2 million people worldwide. Brno has been part of this network since 2018.

https://brnodaily.cz/2022/05/13/events-in-brno/brnos-famous-but-secret-places-will-open-to-the-public-for-the-open-house-festival-on-28-29-may/https://brnodaily.cz/wp-content/uploads/2022/05/10_Hotel-Courtyard-by-Marriott-1-1024x752.jpghttps://brnodaily.cz/wp-content/uploads/2022/05/10_Hotel-Courtyard-by-Marriott-1-150x110.jpg2022-05-13T16:22:10+02:00Julie ChretienBrnoEvents in BrnoNewsBrno,Events in Brno,Festival,NewsA behind-the-scenes look at three iconic Brno hotels, a tour of the surprising qualities of a socialist housing estate, and three examples of how architecture meets musical art. These are just some of the tours on offer as part of the Open House Brno architecture festival on the last...Julie Chretien julie.chretien29@gmail.comAuthorA 21 year-old French student currently doing a Master's degree in management and communication in Lyon, France. Always thrilled to learn about new cultures and languages, and also, big fan of foods. Loves cats and karaoke night with friends.Brno Daily