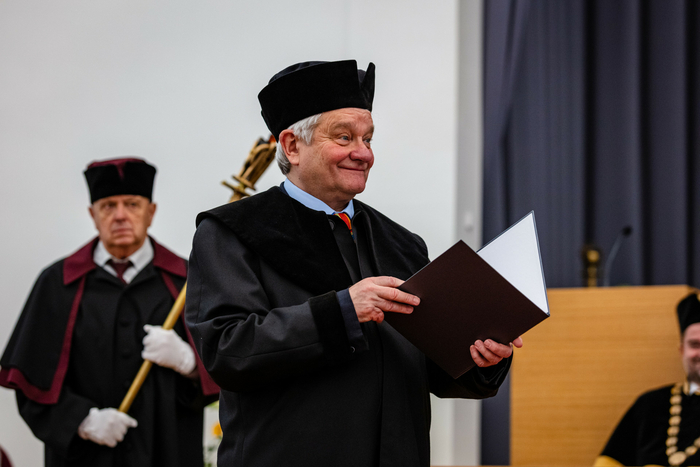 One of the highlights of Gregor Johann Mendel’s bicentenary this year will be a major conference on genetics, which will be attended by three Nobel laureates. The conference will begin exactly 200 years after Mendel’s birth on July 20, and Mendel University is a co-organizer. Photo credit: MENDELU

Brno, May 6 (BD) – This year marks the 200th anniversary of the birth of Gregor Johann Mendel, known as the founder of genetics. Organizations in Brno and across the country are preparing celebrations to raise awareness and memory of Mendel’s legacy, in the region, the Czech Republic and abroad. Mendel University has published a successful comic book by Lucie Seifertová. “An exhibition about it is currently on tour in Slovenia, and from July it will also be in Belgium. The university is also preparing a MendelBier beer in cooperation with the Moravia brewery, which will be on the market from June. In July there will also be a major conference on genetics in Brno with the participation of some of the world’s elite scientists, including several Nobel laureates,” said Jiřina Studenková, Head of Communications and Marketing of MENDELU.

Mendel is even better known abroad. This year the 200th anniversary of his birth should change that. “I believe this is one of our nation’s perennial problems, dating back to the 19th century,” Culture Minister Martin Baxa said recently in Brno. “We cannot remind ourselves proudly and confidently of important personalities who have gone beyond the borders of our country. Johann Gregor Mendel was undoubtedly such a person.” Baxa added that Brno will become an important centre of world science during the conference.

Nobel Prize winners Ada E. Yonath from the Weizmann Institute of Science in Israel and Thomas Cech from the University of Colorado, Nobel Prize winners in chemistry, and Paul Nurse from the Francis Crick Institute in London, Nobel Prize winner in physiology and medicine, will come to Brno. When receiving an honorary doctorate from Mendel University two years ago, Nurse pointed out that Czechs still have little respect for Mendel and that this should change. His name is even linked to the moment he learned he would win the Nobel Prize. “At that moment I was in London negotiating how to raise some money for the operation and new design of the Mendel Museum in Brno,” he recalled.

The International Mendel Genetics Conference, also supported by UNESCO, will be dedicated to current topics in the field of human genetics, with a focus on rare genetic diseases, tumour susceptibility, as well as animal and plant genetics, including GMOs and bacterial and viral genetics. Ethical issues related to the diagnosis and screening of genetic diseases, the history of genetic research, or the applicability of new genomic technologies in medicine or agriculture will also be addressed.

https://brnodaily.cz/2022/05/06/events-in-brno/three-nobel-laureates-to-attend-conference-to-celebrate-gregor-johann-mendels-bicentenary/https://brnodaily.cz/wp-content/uploads/2022/05/nurse.jpeghttps://brnodaily.cz/wp-content/uploads/2022/05/nurse-150x100.jpeg2022-05-06T17:07:45+02:00Julie ChretienBrnoEvents in BrnoNewsBrno,Events in Brno,NewsOne of the highlights of Gregor Johann Mendel's bicentenary this year will be a major conference on genetics, which will be attended by three Nobel laureates. The conference will begin exactly 200 years after Mendel's birth on July 20, and Mendel University is a co-organizer. Photo credit: MENDELU Brno, May...Julie Chretien julie.chretien29@gmail.comAuthorA 21 year-old French student currently doing a Master's degree in management and communication in Lyon, France. Always thrilled to learn about new cultures and languages, and also, big fan of foods. Loves cats and karaoke night with friends.Brno Daily

A 21 year-old French student currently doing a Master's degree in management and communication in Lyon, France. Always thrilled to learn about new cultures and languages, and also, big fan of foods. Loves cats and karaoke night with friends.
View all posts by Julie Chretien →
« Jošt Lucemburský: The Guardian of Moravské Náměstí
Interview With Markéta Bočková, Spokeswoman For The Public Defender’s Office On The Rights Of People On The Autism Spectrum  »