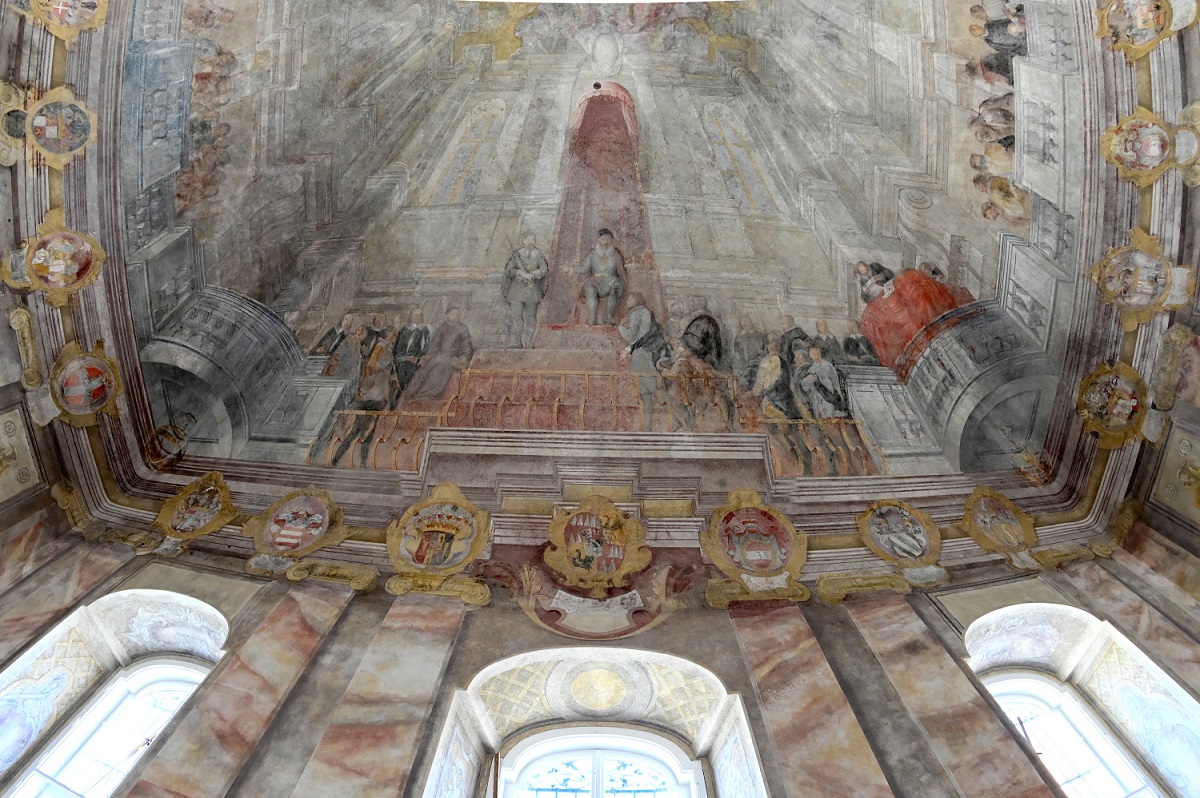 A courtroom, a warehouse and a soup kitchen. After a series of guided tours from the beginning of the year, which met with great public interest, the public will now be able to learn about the varied fate of the Council Chamber at the Brno City Hall from the comfort of their home, in a new story map. Photo credit: Marie Schmerkova / MMB.

Brno, 10 April (BD) – “The chamber where Brno councillors sit in modern times has undergone an expensive reconstruction in the past two years, which has restored its Baroque appearance and at the same time equipped it for operation in the 21st century. From the point of view of Brno’s cultural history, this was a very important event, during which the restorers unveiled the last unknown fresco in Brno. Although they knew that there was a baroque fresco decoration in the chamber, it was not known what exactly it depicted,” said Deputy Mayor Tomáš Koláčný (Piráti).

Information on the history of the chamber and the course of the reconstruction is summarised in the publication Saved Heritage, written by the main restorer Michaela Rychlá Navrátilová and art historians Šárka Fidrichová, Michaela Šeferisová Loudová and Hana Špendlíková. Similar information is now available online via the New City Hall application, which was created under the auspices of the Brno City Archives in cooperation with the Municipal Department of Urban Informatics and Šárka Fidrichová.

The public application presents the history of the Council Chamber and the New City Hall. It also focuses directly on the painting in the Council Chamber, its artistic and historical significance, and its restoration, which was completed at the end of 2021. An important part is also a depiction of the current appearance of the chamber, as it is not normally open to the public.

“Overall, there are a lot of interesting texts in the application that will interest both the lay and professional public. These are supplemented by a large number of pictures, both historical from the Brno City Archive and from the restoration process. The current form includes photographs by Marie Schmerková and Libor Teplý as well as a virtual tour prepared by the Department of Urban Informatics,” added Koláčný.The application is available at https://brno.cz/sal-rady.

https://brnodaily.cz/2022/04/10/brno/history-of-brno-council-chamber-now-online-via-new-public-app/https://brnodaily.cz/wp-content/uploads/2022/04/210602_sal_rady_foto_sch061-credit-marie-schmerkova-1024x681.jpghttps://brnodaily.cz/wp-content/uploads/2022/04/210602_sal_rady_foto_sch061-credit-marie-schmerkova-150x100.jpg2022-04-10T13:16:01+02:00Juris DukaBrnoNewsArchitecture,Building,Reconstruction,TechnologyA courtroom, a warehouse and a soup kitchen. After a series of guided tours from the beginning of the year, which met with great public interest, the public will now be able to learn about the varied fate of the Council Chamber at the Brno City Hall from the...Juris DukaJuris Dukadukajuris@gmail.comAuthorBrno Daily 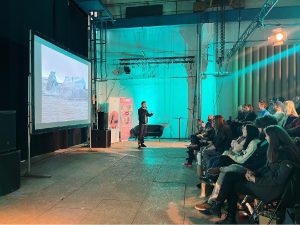 DOTBrno Brings The World of Blockchain To Brno 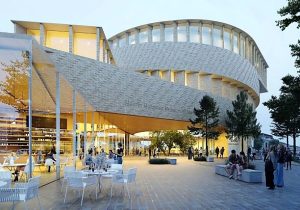 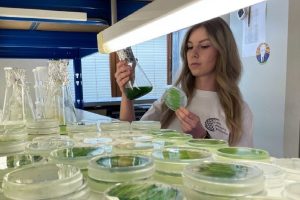 Algae with Artificial Intelligence Could Clean Wastewater in the Future

« Autism Research Taking Place At Brno Children’s Hospital’s Pediatric Neurology Department
Czech Forests No Longer The Lungs of The Country, As Carbon Disappears From The Soil »