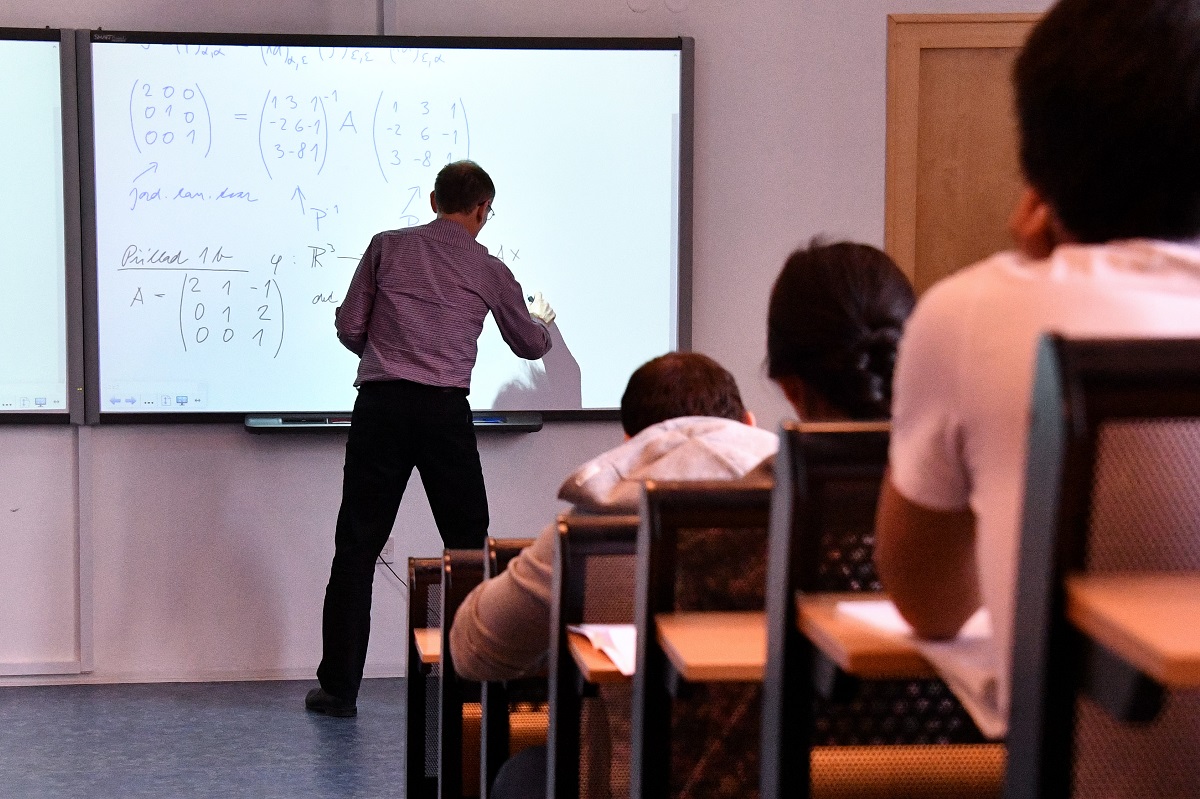 Brno is often described as a student city, and rightly so. There are almost 65,000 young people studying at universities in the city, making up 1 in 6 of the population during the semester. To gauge the economic impact of students on the city, a large-scale survey has been conducted of students in Brno, the fifth time such a study has been carried out. Photo credit: M. Schmerkova, Brno City Municipality

Brno, 8 April (BD) – The survey sheds light on ​​the economic impact of students on the city and their socio-economic behaviour. The research took the form of an online questionnaire, which the universities helped to reach the students. As in the previous wave, two versions of the questionnaire were sent to students, in Czech and in English. The Czech version of the questionnaire was completed by 2,260 students, while the English version for foreign students was completed only by 75 respondents.

This year’s study was the fifth wave of research conducted, following previous waves in 2012, 2014, 2016, and 2018, though the questionnaire was not completely identical and had minor adjustments. Data collection took place from December 2021 and was completed in January 2022.

While in the city, students most often use public transport (46%), but use has decreased by 16pp since 2018. More students reported walking (38%). The share of students travelling around Brno using their own car also increased to 8%. These changes confirm the findings of other traffic studies and are related to the coronavirus pandemic, which affected the mobility behaviour of the population everywhere. The use of shared or owned bikes or scooters remained static at around 4%.

Students from the Czech Republic and Slovakia spend an average of CZK 8,752 per month, with a median value of CZK 8,000. Compared to 2018, average student spending increased by approximately CZK 1,700.

The largest expenditure is housing costs; according to the survey, a Czech or Slovak student pays an average of CZK 3,715 per month for accommodation in Brno, an increase of CZK 115 from 2018. Foreign students pay more for housing, an average of CZK 6,170, with a median of CZK 5,000. Closely behind is spending in food shops and drugstores, as well as eating out in restaurants, canteens, pubs or fast food.

The survey also asked students about their income. Students from the Czech Republic and Slovakia are mostly supported by their parents in their studies; only a fifth reported not receiving any contribution from their parents for their studies. 85% of respondents earn extra money during their studies, ranging between CZK 1,000 and 10,000 per month. More than half of the respondents work in Brno, a third have a workplace outside Brno and 10% are working from home.

The research found that students go to cultural events less often than in 2018. It is very likely that this is related to the coronavirus pandemic, when it was not possible to attend cultural events at all, and the students got used to this. Other leisure activities were very similar to the results from previous data collection.

It is well known that students are an indispensable and key part of Brno life – they are an important element of the labour market, and also co-create demand, whether for apartments or for various other services, events or goods. They form a substantial part of the Brno population, which affects not only the overall character of the City of Brno, but also its economy, and these findings help provide a more in-depth view of this phenomenon.

https://brnodaily.cz/2022/04/08/brno/new-research-sheds-light-on-economic-impact-of-students-on-brno/https://brnodaily.cz/wp-content/uploads/2022/04/studenti_PF_MU_foto_sch017-1024x682.jpghttps://brnodaily.cz/wp-content/uploads/2022/04/studenti_PF_MU_foto_sch017-150x100.jpg2022-04-08T15:18:05+02:00Juris DukaBrnoNewsBrno,Economy,News,StudentsBrno is often described as a student city, and rightly so. There are almost 65,000 young people studying at universities in the city, making up 1 in 6 of the population during the semester. To gauge the economic impact of students on the city, a large-scale survey has been...Juris DukaJuris Dukadukajuris@gmail.comAuthorBrno Daily