Future Gate Festival: A UFO Ready To Land In Brno 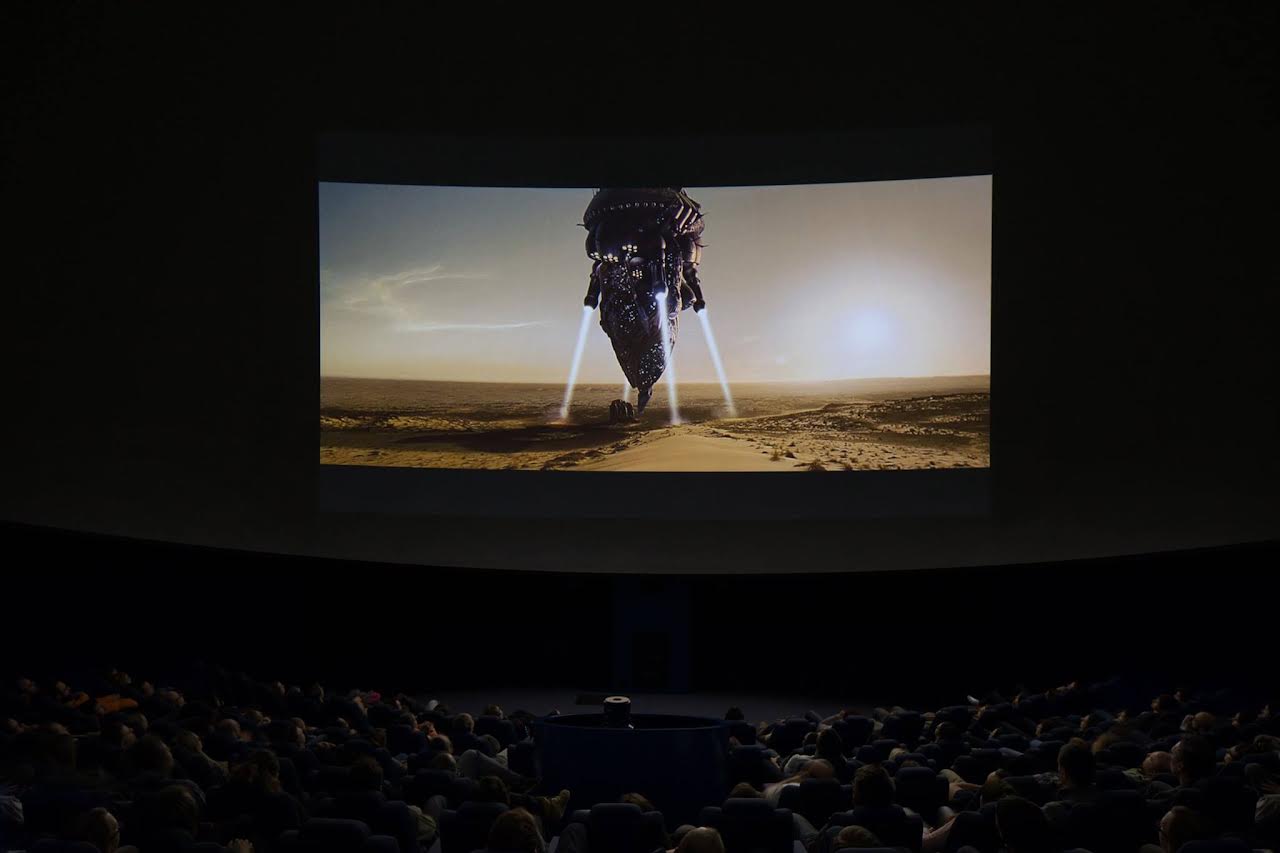 Once again, the city of Brno will host the Future Gate Festival of science-fiction cinema in March. Filip Schauer founded the Future Gate with his friend Andrej Stula nine years ago. He believes that extraterrestrial life – this year’s festival’s theme – does exist. Schauer spoke to Brno Daily about the festival’s upcoming 9th edition, Brno, and aliens, and his belief that any aliens who come to the screenings would feel flattered by so much attention… Photo credit: Future Gate Festival

Filip, how did this festival start nine years ago?

It all started in 2013 when my friend Andrej Stula, co-founder of the festival, and I went for an ordinary lunch. I was working for theatres, and he was working for the Lucerna cinema [In Prague, the oldest permanent cinema in Bohemia, dated from 1909]. We both shared a love for science fiction, and we agreed that there was a lack of such a genre festival, and we could try to make it happen. In 2014, the Future Gate Sci-Fi Festival started its first journey, and it is definitely not going to stop.

What are your best memories of this festival?

Honestly, there are a lot of great moments, as much as blood-curling sweaty situations. However, one memory still sticks in my mind, even though it sounds like some cheap romantic cliché: in 2018, I was on duty at the festival booth, and a member of the audience approached me. He had a festival pass and wanted to claim his gift (included with the pass). I asked about his opinion of the festival. He told me that he has been coming since it started and always buys the accreditation. He said he enjoyed the festival immensely, but he was sorry that sometimes he can’t attend all the screenings. But the best part was that he then said he would be glad if Future Gate organizers showed up: he was grateful toward them and they were really lacking. He asked me if I could tell the organizers when I met them… I smiled genuinely and told him I would tell them! Since then, we still greet each other at the festival and evaluate the festival together, because his opinion is very close to mine.

What is your favourite movie ever?

That’s really hard…I really don’t know, as everyone says… I deeply love Pulp Fiction, Alien – the second movie, The Fifth Element, and…. I have to stop here, otherwise, you would get my entire list of favorite movies!

I believe that we are not alone! Maybe they are already here. Maybe, they are far, far away in the galaxy.

What do you think will happen if they come?

Depends on what species visit us. Maybe a towel around our necks carrying the motto “Don’t Panic” [a reference to “The Hitchhiker’s Guide to the Galaxy”, a famous comedy science fiction in which one the Earth has to be destroyed in order to build a hyperspace bypass] will be enough, even though our planet is in the collision course of the intergalactic highway.

What would they think about the festival?

“Look at them, they are so naïve”. Sincerely, I hope they would take it as a compliment. There are so many genre fans here who are looking beyond our solar system.

Where did the idea for extraterrestrial life come from?

Every year, the festival chooses a central theme that reflects in the film and accompanying program (or tries to). The theme of alien life on earth came easily – it’s a return to the roots of the hard sci-fi genre. Films like The Thing and Predator are the true iconic films that created this theme in our minds.

How did you make the selection?

This year has been very difficult because the Covid crisis slowed down the cinema industry. Indeed, many interesting projects are not ready and release dates have been pushed back. But that doesn’t mean we haven’t selected quality films this year, we firmly believe. We always try to stick to the theme, but of course, with new films, it is not as easy as with classics. Anyway, the requirements for selecting a film are story, appeal, and possibly overlapping with certain themes that may appeal to the audience.

How do you choose the jury?

The jury should be composed in such a way that it includes people from the ranks of film critics, artists, or filmmakers themselves. Moreover, if they are also associated with the science fiction genre, all the better!

What criteria are used to select the winner?

The competing film in the Best Film category is selected by the jury. At the award ceremony, the jury itself can decide how to select the winner. I believe they base it on how the film is handled and whether it has added value. I even believe that judges look at who is behind the film, if it is an emerging filmmaker who surprises the audience and meets all the criteria. Then, the film itself, participation, or even winning the competition will push them further.

The festival has been held in Brno since 2015, how important is the part of the festival that happens here?

Extremely! We are always looking forward to it. There is a great atmosphere, but also a great audience. In my opinion, they enjoy the festival very much and look forward to seeing us judging by the very good attendance the festival has. Which as an organizer is always extremely gratifying!

Is there a special relationship, in history for instance, between the city of Brno and cinema? And with science fiction or UFO?

I believe that the audience in Prague is overwhelmed by events, concerts, festivals, and other happenings. Therefore, it is difficult to catch their attention or gain their interest. Whereas in Brno, I find the events more friendly, more desirable so the visitors may fully enjoy them. In Brno, we operate in Kino Art and the Brno Observatory. Both places have their own community, and we are happy that our festival brings them together.

Beyond that, I also think a lot of people don’t know how many huge space science projects are in Brno. The Observatory itself is incredibly beautiful and has a science fiction festival which is literally desirable. By the way, there is a crashed space saucer in front of the Planetarium! I will say no more about that… haha!

Who does the regular festival audience usually consist of here?

Genre fans, fans of specific titles (who don’t love Predator), those interested in documentaries and modern technology. And in general, those who come to the festival want to have a good time. I think the composition is almost the same as in Prague: they are 60% men and 40% women and are between the ages of 25 and 40.

Do you expect a different audience than last year? Why?

We think that this year’s festival attendance will be the same as last year. Covid is not as strong as before, but it has still taught people to watch more movies from the comfort of their homes. People are also looking to save money. It must be taken into account considering how the previous two years were. Now, we may hope that people will come to us to relax. Indeed, the cultural world is more open and, more importantly, can bring some light to this dark time that is currently taking place in Ukraine.

What message would you like to convey during the festival?

That we will never be alone! I think that will hopefully convey more of the message that needs to be heard this year.

The Future Gate Festival will last three weeks, starting in Prague on 9 March and, after going all around the country, ending in Sumperk at the end of the month. The festival will be in Brno from Tuesday 15 to Sunday 20 March, at Kino Art and at the Observatory.

Swiss intern, doing a master's program in media studies and journalism in Prague. Interested in environmental and social issues and love photography.
View all posts by Coline Beguet →
« 1,244 Refugees Checked In At The Assistance Centre On Sunday
Average Czech Wage Reached CZK 37,839 In Q4 2021 »