Apartments In Brno Cost 41% More Than Last Year; Cejl Is The Most Coveted Neighborhood 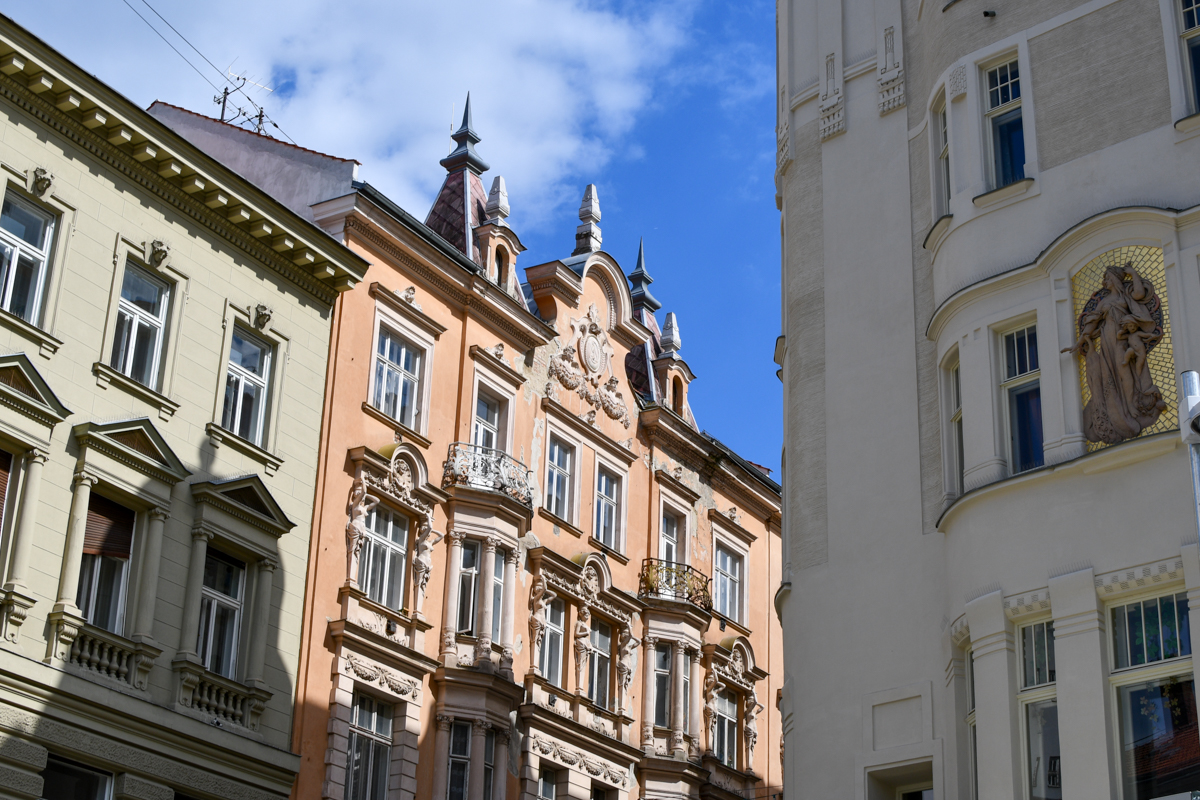 The cost of apartments in Brno has increased at unprecedented levels. For the first time a square meter exceeds CZK 100,000, 41% more than last year, with Cejl as the most increasingly expensive and coveted neighborhood of the city. Photo: KK / Brno Daily.

“For the first time in history, the price of a square meter sold in a new building in Brno exceeded CZK 100,000,” said Alexej Veselý, CEO of property developer Trikaya. “On average, each buyer paid 70% more for an apartment than five years ago. However, the new apartments do not stay on offer for very long and are usually sold out long before the building is approved.”

The average price of vacant apartments has also increased on popular streets such as Bratislavská and Cejl – the so-called “Brno Bronx” is becoming the most sought after destination in the city, with the highest price increases.

“The situation is quite paradoxical, because until recently this locality offered new cheap apartments near the center,” said František Šudřich, sales manager at Trikaya.”The prejudices against the problematic locality were suppressed by the greater availability of real estate. However, the strong interest in the tense Brno market has quickly caused apartment prices in this area to rise, above the Brno average.”

Some apartments are offered with an average price that reaches CZK 135,000 per meter, comparable to the prices in Prague.

As Marek Vinter, Chairman of the ABRAST board of directors, pointed out: “Unfortunately, for Brno, this means above all a significant outflow of population beyond the city limits and a growing trend of suburbanization. Traffic will thicken, young families will move away from the city and living in the city will become for many a luxury. The construction of satellite areas will be developed in the municipalities outside the city.”

The price for a studio apartment with living room and kitchen is 6.8 million crowns, or 270,000 euros. Last year you could buy a three-bedroom apartment for the same price.

“Prices have risen to the limit of affordability, and rising mortgage rates are also making home loans more expensive. At current prices, the applicant is required to have CZK 1,360,000 ready for the cash purchase of an average one-bedroom apartment” , adds  Marek Vinter, the Brno Association of Architects and Builders.

https://brnodaily.cz/2021/10/15/brno/apartments-in-brno-cost-41-more-than-last-year-cejl-is-the-most-coveted-neighborhood/https://brnodaily.cz/wp-content/uploads/2021/06/Brno-St-James-Square-Jakubske-namesti-Summer-Credit-KK-BD-1024x683.jpghttps://brnodaily.cz/wp-content/uploads/2021/06/Brno-St-James-Square-Jakubske-namesti-Summer-Credit-KK-BD-150x100.jpg2021-10-15T09:34:55+02:00Giorgia MauraBrnoNewsBrno,Business,PricesThe cost of apartments in Brno has increased at unprecedented levels. For the first time a square meter exceeds CZK 100,000, 41% more than last year, with Cejl as the most increasingly expensive and coveted neighborhood of the city. Photo: KK / Brno Daily. Brno, Oct 15 (BD) -The prices...Giorgia MauraGiorgia Mauragiorgiamaura50@gmail.comAuthorCommunication student, passionate about politics, theater and trekking. My mission is to bring a piece of truth into a chaotic world. Humankind lover. Brno Daily

Communication student, passionate about politics, theater and trekking. My mission is to bring a piece of truth into a chaotic world. Humankind lover.
View all posts by Giorgia Maura →
« In Brief: President Zeman To Convene Meeting of the Chamber of Deputies On November 8th
Daily Number of Covid-19 Vaccinations Continues To Decrease »