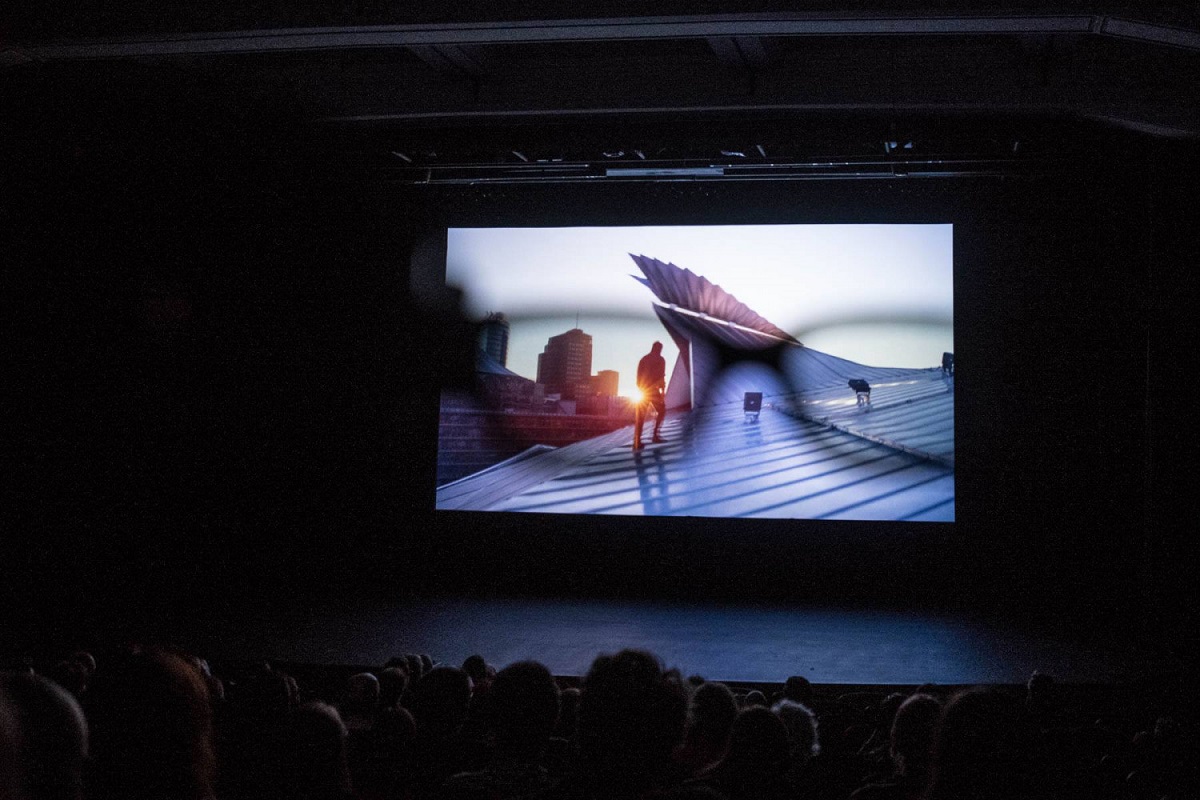 The 10th edition of the Film and Architecture Festival will take place in over 17 cities, including Brno. In addition to the screenings of short and feature films, there will also be discussions with guests. Most of the shows are free. Photo credit: FilmArchitektura.

Brno, Sep 27, (BD) – The Film and Architecture Festival began ten years ago, aiming to shine a light on the role of architecture and urban planning in human history, with a particular focus on society and contemporary art. The screening of original documentaries, along with innovative, experimental and feature films functions to deepen the nuanced links between all of these fields.

This is why politicians, architects and directors are among the special guests at the festival each year, joining the event to discuss with the public about the role of buildings, an integral and active part of the fabric of society.

time in the Czech Republic,” said the program curator Karolína Vacková. “It is a unique opportunity to enjoy shots of architecture on a big screen. The individual screenings will be accompanied by shorter film works, which gives us the opportunity to support young and emerging filmmakers.”

The Festival will begin with L’Esprit Le Corbusier. In this documentary, director Gilles Coudert illustrates what it means to grow up in the largest collection of buildings by the revolutionary architect Le Corbusier, and how much this figure has influenced some contemporary architects.

Body-Buildings focuses on the visual aspect, a charming fusion that connects cinema and dance with unique Portuguese locations, built by renowned architects.

Kiruna – A Brand New World traces the fate of the Swedish city of Kiruna, which due to mining work must be partially demolished and rebuilt a few kilometers nearby, losing part of its identity in the process. The film will be presented personally by the Czech-Swedish director Greta Stocklassa.

Other projections will include the story of Dresden, Where to with History?. This work is crucial to understanding the rise of right-wing populism in Europe and shows how much politics and architecture are inseparably interconnected in the course of history.

The origin of the American heritage of the Bauhaus art school will be closely examined in the documentary The New Bauhaus. The documentary Mario Botta: The Space Beyond, with Swiss architect Mario Botta, a specialist in sacred buildings, will close the festival.

https://brnodaily.cz/2021/09/27/culture/10th-edition-of-the-film-and-architecture-festival-begins-in-brno-on-september-29th/https://brnodaily.cz/wp-content/uploads/2021/09/Film-Achitektura-Fest_-credi-filmarchitektura-1024x683.jpghttps://brnodaily.cz/wp-content/uploads/2021/09/Film-Achitektura-Fest_-credi-filmarchitektura-150x100.jpg2021-09-27T08:36:16+02:00Giorgia MauraArt & CultureBrnoArchitecture,Brno,Events in Brno,Film FestivalThe 10th edition of the Film and Architecture Festival will take place in over 17 cities, including Brno. In addition to the screenings of short and feature films, there will also be discussions with guests. Most of the shows are free. Photo credit: FilmArchitektura. Brno, Sep 27, (BD) - The...Giorgia MauraGiorgia Mauragiorgiamaura50@gmail.comAuthorCommunication student, passionate about politics, theater and trekking. My mission is to bring a piece of truth into a chaotic world. Humankind lover. Brno Daily

Communication student, passionate about politics, theater and trekking. My mission is to bring a piece of truth into a chaotic world. Humankind lover.
View all posts by Giorgia Maura →
« JazzFest Brno Returns, Celebrating Its 20-Year Anniversary This Year
Winners Announced In 4th Annual Serial Killer Festival »