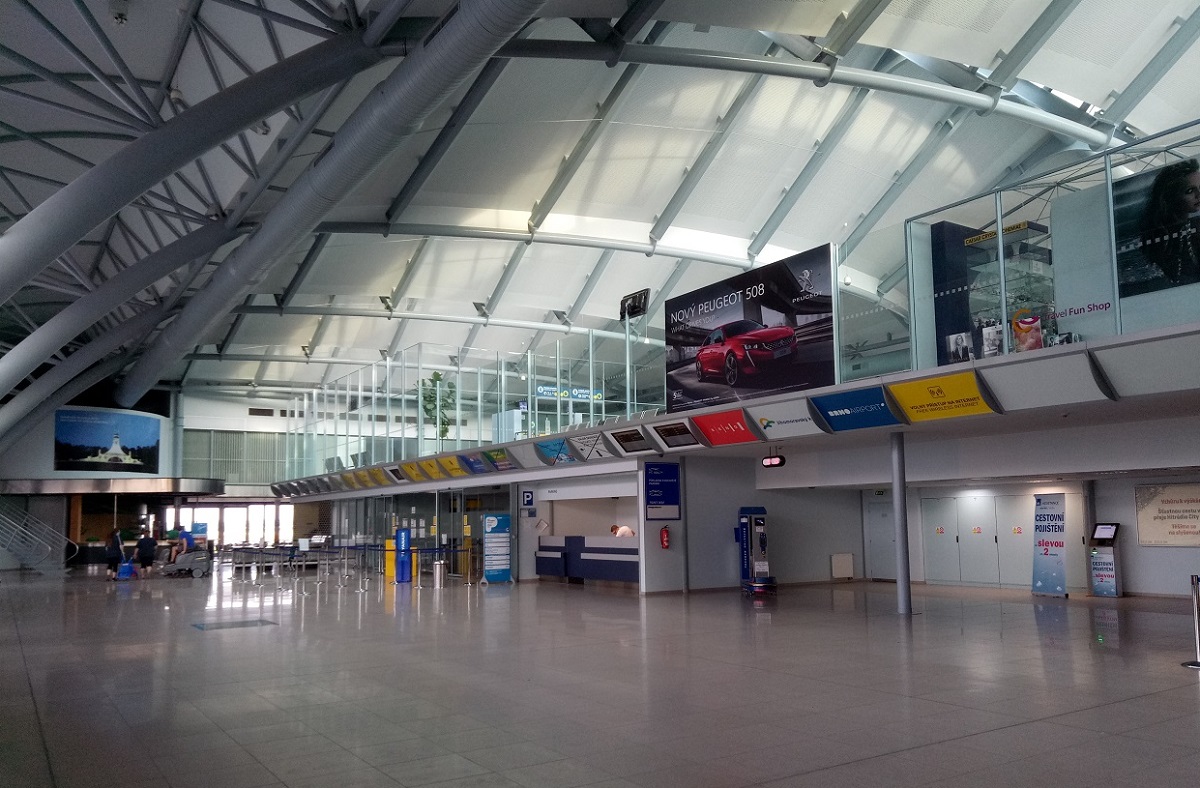 Previously scheduled to resume in March, the return of the regular route from Brno to Bergamo in Italy has now been pushed back to May. The flight to London will return at the same time, while the start of the new Brno to Kiev connection will be postponed until June 3rd. Photo Credit: ZM / BD.

Brno, Mar 23 (BD) – Flights from Brno Airport will resume later than expected. The previously announced resumption of flights from Brno Airport will be postponed due to the current epidemiological situation. Ryanair’s regular flights to London and Bergamo will return in May only, while the launch of the new connection to Kiev will be postponed until June.

Despite previous promises that it would resume at the end of March, Ryanair’s regular connection to Bergamo in Italy will return only in May, departing twice a week on Monday and Friday. The regular flights to London will start the same month, initially departing on Fridays and Sundays. Tickets for the connection to London are already on sale.

According to Jakub Splavec, spokesperson for the airport, the new flights to Kiev scheduled to start at the end of April have been postponed until June 3rd due to the current situation. Representatives of Brno Airport are currently negotiating all the necessary details so that the route to Kiev, managed by Ukrainian carrier SkyUp, can start operating in June. “The flights to Kiev are scheduled twice per week, always on Thursdays and Sundays,” added Splavec.

Economist Petr Pelc considers the postponement of the new route to be a logical step: “The launch will make more sense at a time when it is busier than now, when it is half empty.” The operation of any additional flights depends on the development of the epidemiological situation.

The summer timetable for the upcoming flights from Brno-Turany Airport can be found here.

https://brnodaily.cz/2021/03/23/travel-tips/resumption-of-flight-connections-from-brno-airport-postponed/https://brnodaily.cz/wp-content/uploads/2021/03/Turany-airport-plane-ZM-BD-1024x672.jpghttps://brnodaily.cz/wp-content/uploads/2021/03/Turany-airport-plane-ZM-BD-150x99.jpg2021-03-23T13:24:06+01:00Nataliia SliusarenkoBrnoTravelAirport,Brno,TransportPreviously scheduled to resume in March, the return of the regular route from Brno to Bergamo in Italy has now been pushed back to May. The flight to London will return at the same time, while the start of the new Brno to Kiev connection will be postponed until...Nataliia SliusarenkoNataliia Sliusarenkonataliia.sliusarenko@gmail.comAuthorBusiness student from Finland with Russian background, eager to get acquainted with different cultures. In love with Czech language and culture.Brno Daily

Business student from Finland with Russian background, eager to get acquainted with different cultures. In love with Czech language and culture.
View all posts by Nataliia Sliusarenko →
« Mandatory Testing Extended To All Companies; Government To Request Extension To State of Emergency
City of Brno To Provide Respirators On Public Transport »