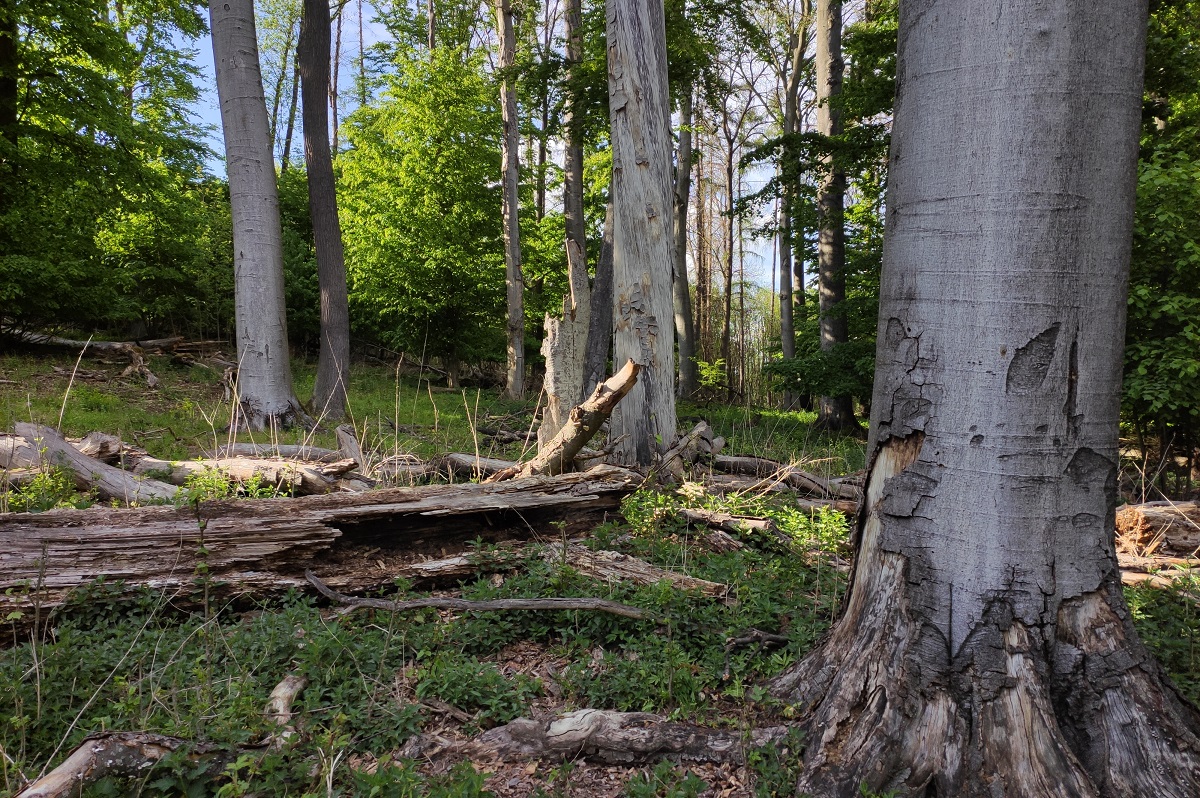 Not far to the north-west of Brno you can find Slunná: a small protected patch of ancient woodland. Our contributor Charlie Trotter went to investigate, and shares his thoughts on what this unusual place can teach us about ecology, and our relationship with the natural world around us. Photo credit: Dalibor Vsiansky, via Wikimedia commons under license CC BY-SA 4.0.

I stopped for a moment to catch my breath and take in the emerging view. The steep path cutting diagonally up the hill had disappeared under the blanket of freshly fallen autumn leaves. Some remained in the canopy of mainly beech trees but they were high above us and growing far enough apart that our view of the other side of the valley and the gorge below was clear. The sunlight shone through onto the forest floor.

I looked again at the map on my phone and studied the tiny, darker green patch named Slunná. Were we already there? I didn’t have a clear picture of what to expect in my mind. A student of mine living in a nearby village had told me about this small piece of protected woodland where some special old trees could be found. Where we were standing, there wasn’t much in the way of undergrowth. An occasional tree trunk still lay on the ground but it didn’t feel much different to the other tidy forests we’d explored, with their neat stacks of logs lining the public footpaths. We continued up to the top of the hill where we found another track and it wasn’t long before we saw it.

We couldn’t miss it. Behind a wooden fence, tremendous beeches towered above. They reminded me more of the giant North American redwoods than anything I was used to seeing here in Europe. I’m aware those are, no doubt, many times larger. Their true size becomes apparent when you see the fallen ones, all of which are left alone by the foresters. Where they fall, they are colonised by insects and fungi which break down the wood, provide nutrients for the soil and food for the birds. As the old ecologist saying goes, “there’s more life in dead trees than living trees.” It felt like every inch of the forest floor was alive and growing with different shrubs and seedlings, no two patches of ground the same. It’s completely unmanaged by people and as you might expect, a complete mess. It’s wonderful.

Slunná sits in between the villages of Heroltice and Deblín to the north-west of Brno, beyond Veverská Bítýška. Some of the trees are over 200 years old and have been formally protected since 1985. The enclosure protects plant species such as purple cyclamen as well as white, narrow-leaved and violet helleborine (a species of orchid). It also attracts birds like the collared flycatcher and butterflies like the clouded magpie.

My student’s recommendation may have passed me by were it not for two things. The first is that my girlfriend lives in a village north of Brno and can drive, so we’ve spent lock-down exploring the local forest walks. The second is that my mind had been whirring since watching David Attenborough’s ‘A Life on Our Planet’: a summation of how the natural world works and what’s happened to it over his lifetime. The message is stark and clear. Not only are we warming the climate, we are destroying the natural processes which make human life possible on Earth. There are many, but here’s one frightening statistic to illustrate: we make up over 30% of the mass of mammals on the planet, over 60% are the animals we eat and only 4%, from mice to whales, are wild. No environmental wake up call has been more frightening, but he leaves us with hope. His vision: mass reforesting, habitat restoration and rewilding. I strongly recommend watching it.

While YouTube rabbit holes may cause some to believe the Earth is flat, mine led me initially through nature documentaries, rewilding and tree planting projects, as well as debates about land use, agriculture and desertification. I focused first on the UK, my home country, and specifically, the Isle of Skye in Western Scotland. The island’s dramatic, haunting, lunar landscape attracts around 600,000 people every year, including my family. This year, on the land behind our ancestral home, 372,000 trees are to be planted with the sole purpose of rewilding. Growing up I never doubted the wildness and authenticity of the land. However, as Frank Fraser Darling wrote controversially in a government report in 1950, the Scottish Highlands is ‘a wet desert’. The UK is only 13% forested, an increase from less than 5% in 1919. Sadly, much of this has been fast-growing, non-native sitka spruce monocultures, similar to the ones now struggling to survive in many parts of the Czech Republic. They are of little interest to wildlife or ecologists. In Scotland the land is dominated by sheep grazing, only viable due to agricultural subsidies. Between them and the high numbers of deer, trees cannot grow above the heather. Without trees the large majority of the wildlife we had, or that which still clings on, cannot live there. Deer would rather live in forests with abundant seedlings but in the absence of a balanced natural cycle, they consume and destroy their habitat. This is a chilling echo of how we humans are consuming our own.

I then of course turned my attention to my South Moravian surroundings. In comparison to upland Britain, it would appear to be in good health. Densely populated and fertile, the region has found an amazing amount of land for forest. 34% of the Czech Republic is still forested. Woods surround Brno, and unlike Brits, most Czechs spend time in ‘the nature’. In fact, the forests here in South Moravia seem particularly healthy, with their mix of deciduous trees (with leaves) and coniferous trees (with needles). With my entry-level understanding of ecology, South Moravia seems much better placed to survive the threat of a dryer, warmer climate than the coniferous monoculture threatening the sustainability of forests elsewhere.

Seeing Slunná, however, triggered my imagination; a window into a past forest, trees 200 years old. Or possibly a future one? I’m aware this patch of land itself doesn’t really reflect the ecosystems we once had. There are no wild grazing animals, wild boar, wolves, lynx or bears that once lived there. In fact, when our homo sapien ancestors arrived 40,000 years ago, even elephants, hippos, rhinos and lions inhabited the European landscape. The tough bark of our native trees is evidence they are still genetically adapted as a habitat with elephants. An unlikely rewilding prospect in the near future. Slunná is an eco-building block, barely large enough for a game of football. It was the vision of what was possible that excited me, what nature looks like when humans are prepared to let go, however small and limited. My girlfriend is a spiritual person and later commented on the rich energy of the place and the ancient, knowing trees, older than any human alive today. Slunná has no reviews or comments on Google. I’m not sure if that’s significant. It would appear it isn’t a place of much human interest. I disagree.

As we walked to the edge of the enclosure, a scampering herd of wild mouflon suddenly appeared on the other side of the fence, coming to graze the richer growth around the perimeter. They saw us, turned and ran away. It would appear some wildness of this rich fragment permeates out into the rest of the woodland. Wilderness doesn’t have to be large or far from towns and cities. But if we can be sure of anything, we need more of it.

https://brnodaily.cz/2021/01/17/lifestyle/slunna-a-miniature-wilderness-an-eco-building-block/https://brnodaily.cz/wp-content/uploads/2021/01/PR_Slunna-credit-Dalibor-Vsiansky-via-wikimedia-1024x681.jpghttps://brnodaily.cz/wp-content/uploads/2021/01/PR_Slunna-credit-Dalibor-Vsiansky-via-wikimedia-150x100.jpg2021-01-17T13:52:08+01:00Charlie TrotterBD MagazineColumnOpinionNot far to the north-west of Brno you can find Slunná: a small protected patch of ancient woodland. Our contributor Charlie Trotter went to investigate, and shares his thoughts on what this unusual place can teach us about ecology, and our relationship with the natural world around us. Photo...Charlie TrotterCharlie Trottercharliemacleodtrotter@gmail.comAuthorCharlie is an English teacher from the UK. He’s been living in Brno for two and a half years. He’s a member of the Brno Writer’s Group, the Skotsky Pes Pipes and Drums and the Moravian Cricket Club.Brno Daily 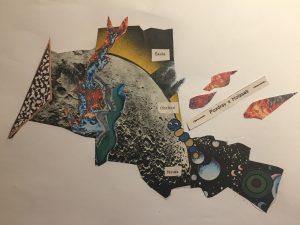 Brno from B to Ž: A Tough-Love Guide to the City’s 48 Neighborhoods, Part 10 – Holásky

What Does The Wolf Eat? Mendel University Researchers Study The Diet of Wolves (Part 2) 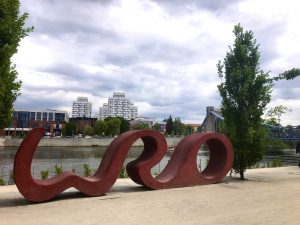 The Story of NATEK: Lower Silesia, A Place To Grow A Business

Charlie is an English teacher from the UK. He’s been living in Brno for two and a half years. He’s a member of the Brno Writer’s Group, the Skotsky Pes Pipes and Drums and the Moravian Cricket Club.
View all posts by Charlie Trotter →
« Corruption in Brno-Střed Town Hall: Everything You Need To Know About Operation Stoka
NdB: Janáček Brno to Live On at Prestigious Hong Kong Arts Festival »