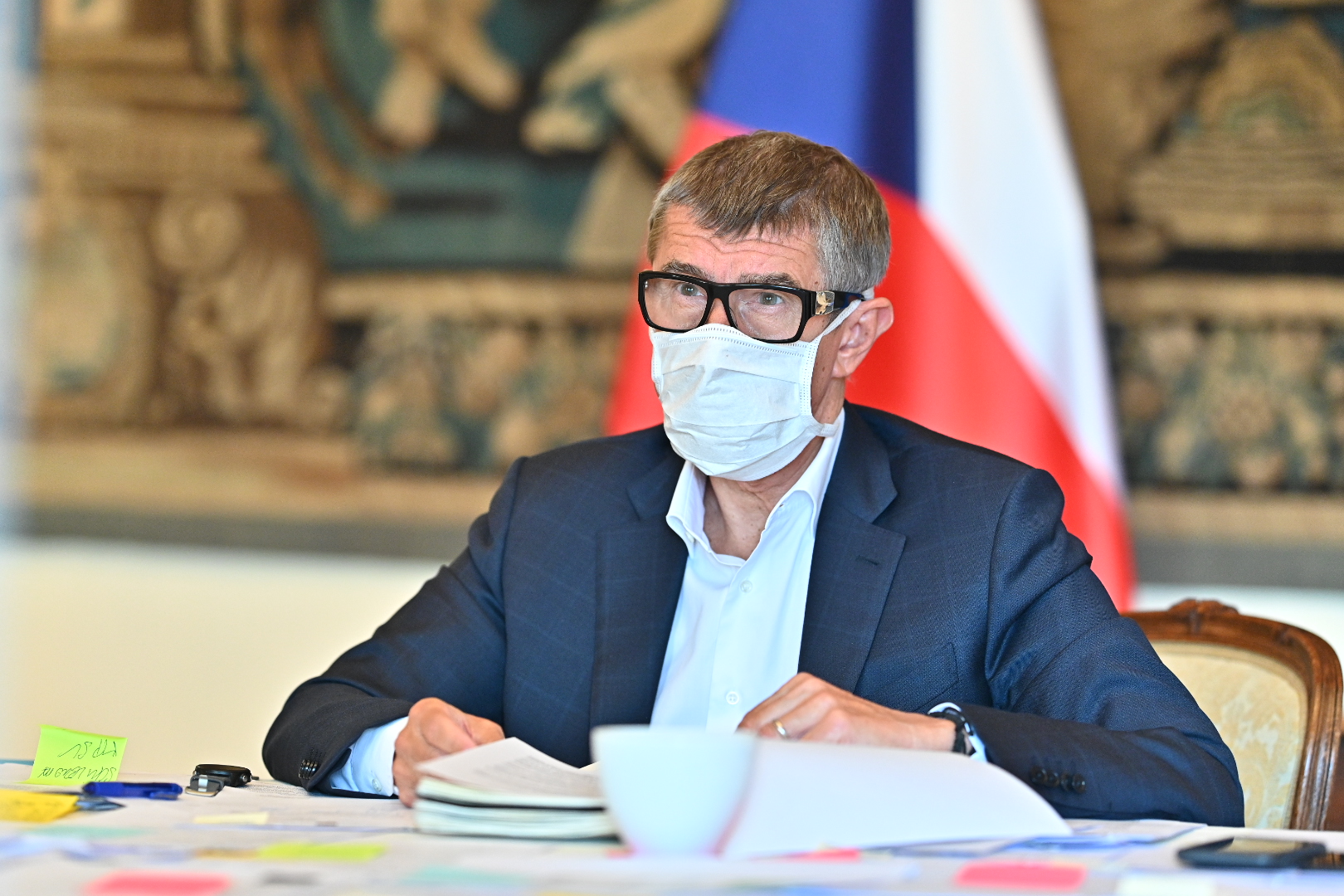 The Czech Prime Minister reacted angrily to a briefing from the World Health Organization (WHO) warning the Czech Republic to maintain high levels of testing and contact tracing as the best way to combat the ongoing coronavirus pandemic. This follows reports in Czech media that these would be scaled back, even amid rapidly rising numbers of cases nationwide. Photo credit: Vlada.cz.

Czech Rep., Sep 9 (BD) – Czech Prime Minister Andrej Babis took to Twitter on Tuesday to criticize the World Health Organization, following a briefing by the organization regarding the current response to the escalating coronavirus situation in the country.

On Monday the WHO released its latest country-specific briefing for the Czech Republic, expressing concern about reports that the government is planning to scale back testing and contact tracing, even as numbers of new cases continue to rise.

“Testing, contact tracing and isolation have no alternative in an effective response to the Covid-19. Not here and not anywhere. People without symptoms can transmit the virus. Even if an individual becomes more contagious as symptoms develop, all infected have the ability to transmit it,” stated the briefing, stressing that: “Without controlling the transmission, there cannot be safe return to work and schools and the vulnerable cannot be protected effectively without an overall decrease in transmission.”

The WHO pointed out that only seven countries in the WHO European Region, which includes 55 countries, have registered higher growth in new cases than the Czech Republic in the last 14 days, and that the number of hospitalized patients and those in a serious condition have risen from 125 to 214 and from 31 to 54 respectively in the same period. While noting that the country has plenty of capacity to deal with these levels, and that testing is so far being maintained, the post highlighted as a cause for concern that staff at the Regional Hygiene Office in Prague are no longer able to carry out contact tracing due to a lack of capacity.

“The solution is not to stop tracing, but to scale up the service rapidly, which is always a possibility. This is a matter of basic public safety that the authorities need to provide. Staff of the Regional Hygiene Stations are the real heroes of this pandemic and they need substantial help without delay,” concluded the WHO.

Health Minister Adam Vojtech said that contact tracing would not be scaled back, but made more effective, and that people should wait for details of the proposals before criticizing them, but Babis was more forthright in his response.

“I’m now reading what the WHO has released,” he wrote on Twitter. “The WHO that didn’t recommend facemasks and didn’t even know there was a pandemic. I think they should keep quiet.”

He continued with a response to domestic critics of the government’s current performance: “And for the Czech media who are still criticizing and writing that we are not managing, I am posting figures on the number of deaths per million inhabitants in European countries. We are doing very well.” The post was accompanied by a list of 33 European countries with their total death figures and death rates per million, the Czech Republic ranking 26th in the list according to the latter measure.

The Prime Minister’s post was met with a furious response from Twitter users pointing out that the WHO’s report related to the most recent trends, rather than the first wave in the Spring. Several commenters also compared Babis’s remarks to what he said on TV Nova on March 1st: “In Italy, the number of infected people increased by 566 in one day. There are several more dying from day to day. In short, Italy has not managed this problem and is spreading the disease to Europe.”

New cases peaked at almost 800 per day last week in the Czech Republic.

https://brnodaily.cz/2020/09/09/news/politics/babis-tells-who-to-keep-quiet-in-twitter-spat-over-contact-tracing/https://brnodaily.cz/wp-content/uploads/2020/05/andrej-babis-30-april-credit-vlada.cz_-1024x683.jpghttps://brnodaily.cz/wp-content/uploads/2020/05/andrej-babis-30-april-credit-vlada.cz_-150x100.jpg2020-09-09T08:42:21+02:00Jack StephensCzech Republic / WorldPoliticsAndrej Babis,Coronavirus,Czech Republic,News,PoliticsThe Czech Prime Minister reacted angrily to a briefing from the World Health Organization (WHO) warning the Czech Republic to maintain high levels of testing and contact tracing as the best way to combat the ongoing coronavirus pandemic. This follows reports in Czech media that these would be scaled...Jack Stephens jack.stephens50@gmail.comAuthorA writer and English teacher originally from London who has lived in Brno since 2011, interested in politics, low culture, and all things strange and/or Czech.Brno Daily

A writer and English teacher originally from London who has lived in Brno since 2011, interested in politics, low culture, and all things strange and/or Czech.
View all posts by Jack Stephens →
« City Council Seeks Ways To Save Brno Trade Fairs After Months of Cancelled Events
Facemasks Required From Thursday in All Indoor Places in the Czech Republic »