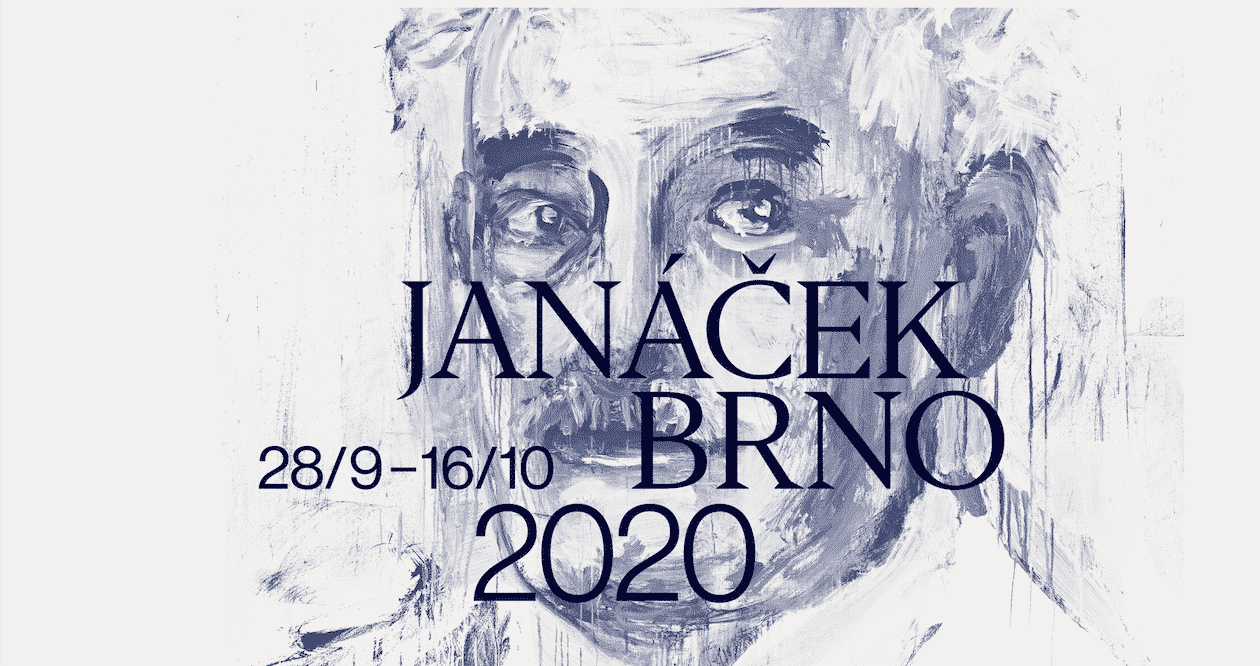 The National Theatre of Brno (NdB) has many performances every month in opera, ballet and drama. Here are some of the highlights. Click here for the complete schedule, ticket information and more details, in English. Photo credit: Archive from NdB.

Brno, Sep 1 (BD) – The cultural world will focus on our humble city when the Janáček Brno 2020 festival opens with the premier of Janáček’s Osud (Destiny) on Sept. 28.

This seventh Janáček festival has many performances through Oct. 16, and it will go ahead as planned despite the lingering coronavirus (facemasks will be required at performances). The festival started as a celebration of local-boy Leoš Janáček — and his work is still a mainstay — but this year’s theme will focus on the rapid developments in music and art at the beginning of the 20th century. It will offer excellent opera productions, a series of concerts and exceptional artists, such as Robert Carsen, Jakub Hrůša, Karita Mattila, Pavol Breslik, the Pavel Haas Quartet, the Bamberger Symphoniker, Jan Bartoš, and more.

The festival, which is held every two years, presented Janáček´s stage works in their entirety in 2018. It was the first festival in the Czech Republic to receive recognition from the highly regarded International Opera Awards – the Best Festival of the Year award.

Tickets are still available for many of the performances.

In addition to the seventh Janáček Brno International Festival, there will be many local performances as part of the National Theatre of Brno schedule.

There are many other plays that are in Czech, without subtitles. Four interesting plays will have their official premieres in the next five weeks; the original dates were postponed in the spring and several pre-premier performances were held last month.

Ever heard of the famous Rodgers and Hammerstein musical “Carousel”? It is the Broadway-version of Liliom, a play based in Budapest that was written in 1909 by the Hungarian playwright Ferenc Molnár. The themes — domestic violence, crime, punishment, purgatory and remembrance — have attracted many of the dramatic greats, like Burgess Meredith, Ingrid Bergman, Elia Kazan (as an actor) and Orson Welles.

Few contemporary playwrights have the power the shock like Martin McDonagh. This play, which premiered in London in 2018, shows the shocking true source for the fairy tales of Hans Christian Andersen and Charles Dickens, while commenting upon the great-man theory of history and colonialism’s dark past. According to the Guardian review: “McDonagh is a genuine original with a talent to disturb.” The Brno production is led by the Slovak director Michal Vajdička, who has devoted his directing career to McDonagh’s dramas.

In the original French the title is: Un chapeau de paille d´Italie. In English it is: The Italian Straw Hat. In any language it is a comedy from the 1851 that turns a groom’s trip to his wedding into a complicated farce when his horse eats the straw hat of an ex-girlfriend, who happened to be with her lover and who demanded a replacement hat lest her husband learn of the dalliance. Italian? English? In any language, it’s clearly French.

Just how powerful is a promise? Would you break it if the result turned out to be vile? The Greek tragedy of Idomeneus, who made a promise to save his life only to regret the price, has been told for thousands of years. This version, by the contemporary German playwright Roland Schimmelpfennig, brings it to the 21st century. The direction of Štěpán Pácl adds even more imagination to the mix.

Three ballets will be peformed throughout the month of September: The Lady of the Camellias, Edith, the Little Sparrow… and the classic La Bayadère.

Before the Janáček Brno 2020 festival, classic operas are on tap, including Antonín Dvořák’s Rusalka on Sept. 4; Bedřich Smetana’s The Bartered Bride on Sept. 13; and Giacomo Puccini’s Madama Butterfly on Sept. 18.

Click here to see the complete schedule for September and beyond.

https://brnodaily.cz/2020/09/01/culture/international-spotlight-will-shine-on-janacek-brno-2020/https://brnodaily.cz/wp-content/uploads/2020/09/Janacek-festival-credit-janacek-brno-archive-1024x541.pnghttps://brnodaily.cz/wp-content/uploads/2020/09/Janacek-festival-credit-janacek-brno-archive-150x79.png2020-09-01T14:26:53+02:00Bruno ZalubilArt & CultureBrnoBrno,Festival,Opera,TheatreThe National Theatre of Brno (NdB) has many performances every month in opera, ballet and drama. Here are some of the highlights. Click here for the complete schedule, ticket information and more details, in English. Photo credit: Archive from NdB.Brno, Sep 1 (BD) – The cultural world will focus...Bruno ZalubilBruno Zalubilbzalubil@hotmail.comAuthorA connoisseur of the unpredictable and unscripted drama of sports.Brno Daily