Summer Tram Disruption Comes to an End as Works Are Completed 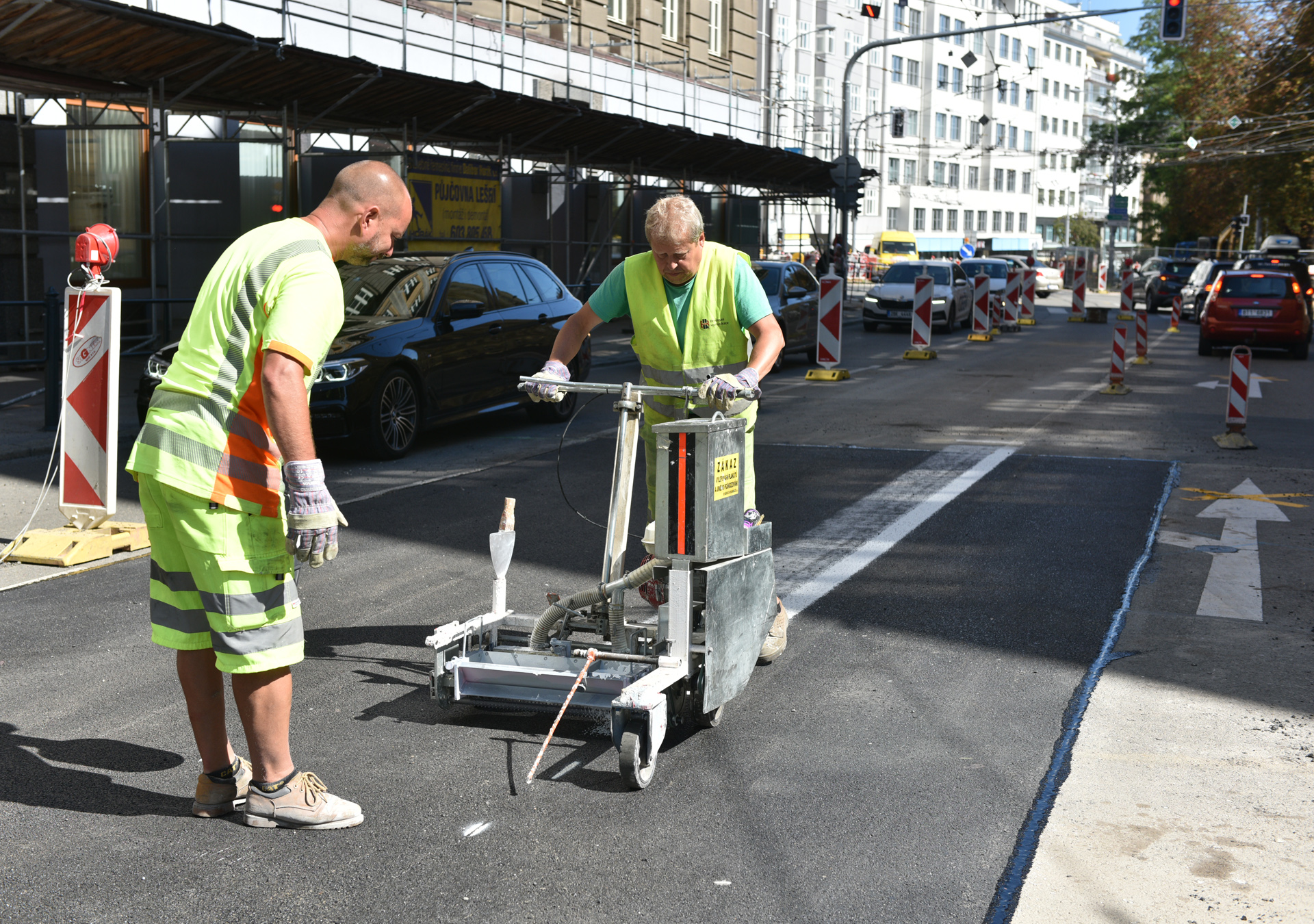 Brno, Aug 31 (BD) – The summer disruption on Brno’s trams will end tomorrow as major reconstruction projects on Veveří and Nové Sady finish and the routes reopen. The work was carried out to increase safety and accessibility, and was coordinated with other city companies to reduce overall inconvenience for residents. Together, the two projects saw the Brno Transport Company (DPMB) replace 1,400 metres of track in two months, and rebuild three tram stops to make them more accessible, for a total cost of CZK 106 million. The work took place in parallel with improvements to the roads by Brno Komunikace (BKOM) and upgrades by the Brno Waterworks and Sewerage Agency.

“Although the summer months have been challenging for Brno residents in terms of road and track repairs, I appreciate that we managed to complete the work on time and we are entering the new school year with noticeable improvements to transport. The result of the summer repairs is almost a kilometre and a half of new soundproof double-track lines on Nové sady and Veveří, and a new road surface and repaired sewerage system on Veveří,” said Brno Mayor Brno Markéta Vaňková (ODS).

Council Member for Transport Petr Kratochvil (ODS) also praised the staff working on the projects: “As in the past, our city companies have again confirmed that they can deliver demanding engineering investment projects in a short period of time, within predetermined deadlines.”

The completion of these projects follows additional work earlier in the summer on Merhautova, which came back into operation on July 1st following the replacement of 1,600 metres of tram lines. The reopening of Veveří and Nové Sady coincides with major changes to traffic rules that should reduce car traffic in the city centre.

The work on the Hybešova – Poříčí section of Nové Sady not only saw the replacement of the tram lines, but also the installation of greenery in the form of a grass strip between and around the tracks, which will contribute to the reduction of tram noise. Miloš Havránek, General Director of DPMB, explained the process: “The grass is pre-grown at a lawn nursery near Brno. The workers import them to the site in rolls about 50 cm wide, which they then place on prepared soil equipped with an irrigation device.” The soil under the lawn is coincidentally named Grey Dragon, which is reminiscent not only of the symbol of Brno, but also the new DPMB trams, which were named “Dragon” by Brno residents in a public vote.

The work on Nové Sady involved 730 meters of new double-track tram line being laid and the reconstruction of Soukenická and Křídlovická stops to improve accessibility, and cost CZK 46 million.

BKOM carried out simultaneous repairs to the road surfaces, explained Luděk Borový, General Director of the company. “We carried out the repairs by laying a layer of asphalt mixture and asphalt mastic carpet. This also included the relocation of the existing stone cube paving, the relocation of ramps and the local relocation of the existing stone curbs.” As part of the sidewalk maintenance, half of the area was replaced with an existing tread layer of cast asphalt for a new surface made of the same material, and new accessible crossing points were created for pedestrians. The concrete-paved sidewalks, which were in poor condition, have been repaved. Horizontal traffic signs have also been restored.

During the summer holidays, Veveří was closed for repairs between Jana Uhra and Žerotínovo náměstí. The work here was coordinated by three city companies: DPMB, BKOM, and Brno Waterworks and Sewerage. Repairs to the tram line were necessary both due to its poor technical condition and to facilitate a diversion route during the construction of the Outer City Ring Road on Žabovřeská. The route is now ready for increased traffic during the closure of Žabovřeská, when all tram lines leading to Bystrc will run along Veveří, including the 3, 11 and X11, a replacement for line number 1. It is not yet clear when this closure will begin. The surface on Veveří was replaced with soundproof elements and modifications to the Grohova stop, which now has step-free access.

Brno Waterworks and Sewerage also carried out reconstruction of the sewer and water supply system, which dates from 1929 and was in a state of disrepair, showing signs of damage. “For this reason, we rehabilitated the sewer in the section between Smetanova and Sokolská streets, where the sewer lies below the tram line and where its condition was most critical,” explained Jakub Kožnárek, director of Brno Waterworks and Sewerage.

The whole project saw 670 meters of new double-track tram lines laid, and 4,700 square meters of roads repaired, as well as the reconstruction of Grohova for accessibility. The DPMB works cost CZK 60 million, and BKOM’s CZK 11.5 million.

The repair of the tram lines on Merhautova in the period from March 2nd to June 30th this year consisted of a complete replacement of the existing track superstructure, including anti-noise measures according to current technical trends. The work on the line was coordinated with repairs to the overpass lanes by BKOM. The street came back into operation for passenger transport on July 1st.

The project included 1,200 meters of new tram lines, 6,000 square meters of repaired roads, and complete reconstruction of Jugoslávská, Venhudova and Zdráhalova stops. The work carried out by DPMB cost CZK 114 million, and by BKOM CZK 23 million.

Scheduled DPMB projects for next year include repairs to the tram line on Lesnická and the railway triangle at the intersection near Semilasso, and a complete reconstruction of the Komárov tram loop.

A writer and English teacher originally from London who has lived in Brno since 2011, interested in politics, low culture, and all things strange and/or Czech.
View all posts by Jack Stephens →
« Overview: Facemask Regulations From September
Dr. Max on Bašty to Replace Pharmacy on Koliště as Regional Emergency Medicine Provider »