210th Child Placed in a Czech Babybox in Prague 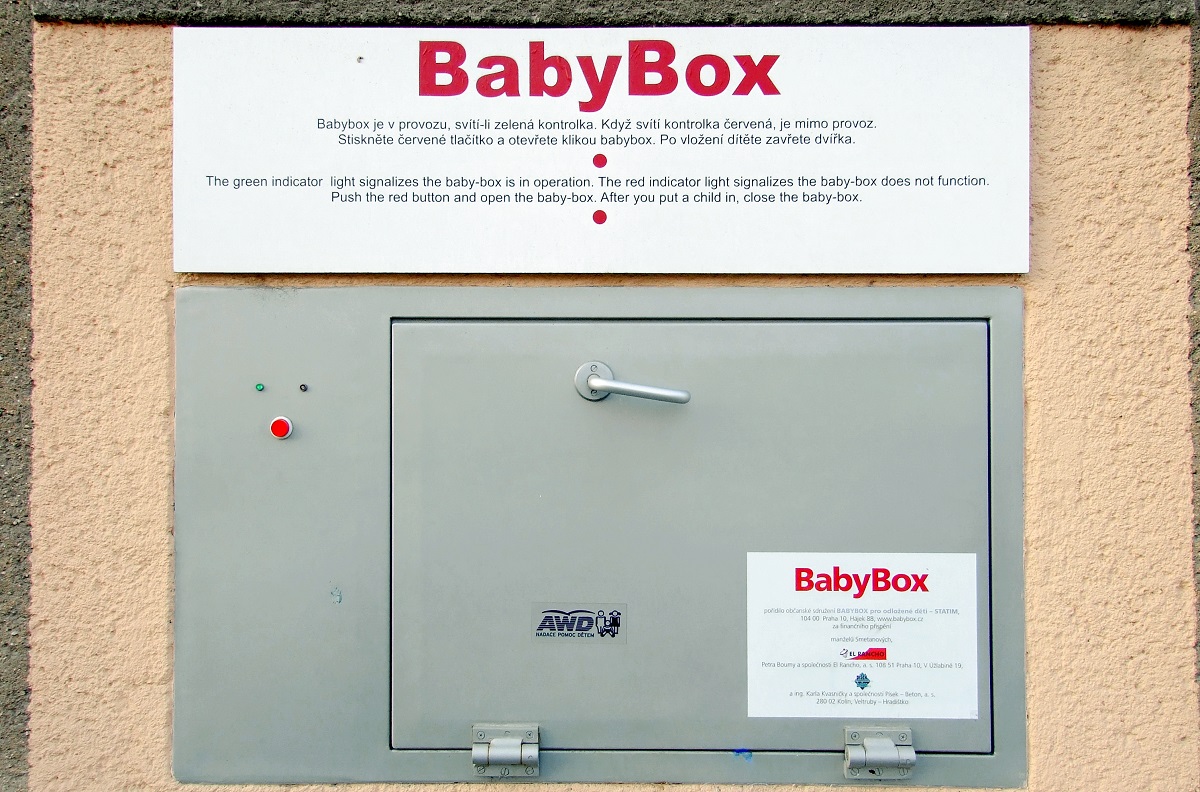 On Monday evening, the 210th baby was placed in a babybox in the Czech Republic, where babies can be anonymously left behind. While there are many supporters of the program, including politicians, who argue that it saves childrens’ lives, the UN Committee on the Rights of the Child has called for its abolition. Photo: Own work by Kirk is licensed under Attribution-Share Alike 3.0 Unported license.

Czech Rep., Aug 27 (BD) – On Monday in Prague 6, a newborn boy was dropped off at one of the 76 so-called “babyboxes” that are spread throughout the Czech Republic. He is the 210th child to be left in one of the boxes since the first one opened in 2005. While the main idea behind the boxes is to save lives, the United Nations (UN) Committee on the Rights of the Child has declared the boxes to be in violation of the Convention on the Rights of the Child, and has previously called for the Czech government to abolish the program.

The little boy has been named Zdenda Martinásek, after Zdeněk Martinášek, a multiple patron of the babyboxes, wrote Ludvik Hess, founder of the Babybox association. Zdenda was wrapped in a blue blanket and then placed in the box on Jilemnického in Prague 6, around 7pm. He is the 11th of the year, and the third in two weeks; on August 11th a girl was placed in Jičín, and on August 18th another girl was placed in Liberec, “so I hope there will be a bit of a break,” wrote Hess. As is now tradition for the babies placed in the boxes, Zdenda will receive a gold ducat, to be given by Jaroslav Černý, the head of marketing for Czech Mint, the manufacturer of the ducats, who came up with the idea.

The first babybox opened in Hloubětín, Prague, on June 1st, 2005, and has since been moved to Vinohrady Hospital. The first child, a girl named Sonička, was placed there in February 2006. 75 more boxes have been opened since, with the latest at Vsetín Hospital in Vsetín, Zlín, in December 2018. The babyboxes are all equipped with heating and air-conditioning for the wellbeing of the child in the few minutes after it is placed in the box, triggering an alarm in the nearby medical facility to alert staff to what has happened. If the parent doesn’t come back for the child, it is usually offered for adoption. Over the years, 210 babies have been placed in the boxes, of which the most were in Hloubětín (28) and Brno (19), with no other box receiving more than seven babies. Since 2010, the boxes have received from 12 to 22 babies per year.

Strong Opposition From the UN

The boxes have been the subject of controversy and criticism since their opening. Among the major opponents of the program is the UN Committee on the Rights of the Child, which oversees compliance with the Convention on the Rights of the Child, and urged the Czech Republic to abolish the boxes in 2011. The committee argued that the government should address the root causes of child abandonment, including the provision of family planning, appropriate counseling and social support for unplanned pregnancies, and the prevention of high-risk pregnancies, rather than “replacing the prevention of unplanned or risky pregnancies with a service for storing unwanted newborns,” which they described as “unthinkable”.

This view met with strong opposition from, among others, Zuzana Roithová, then a KDU-ČSL MEP and previously Minister of Health: “I fundamentally reject the recommendation of the UN Committee on the Rights of the Child that the Czech Republic end the babybox program as a matter of urgency,” said Roithová. “I have the support of a number of MEPs and I intend to use the political tools at our disposal in the European Parliament to oppose this nonsensical recommendation. It is absurd that the UN Committee on the Rights of the Child opposes a program that helps children survive.” She pointed out that the program had by then already helped 50 children, most of whom were living safely in adoptive families.

In 2012, the UN Committee expressed their concern for the increasing use of babyboxes throughout Europe. As well as the Czech Republic, babyboxes are in use in Belgium, Italy, Latvia, Lithuania, Hungary, Germany, Poland, Portugal, Austria and Slovakia.

https://brnodaily.cz/2020/08/27/news/210th-child-placed-in-a-czech-babybox-in-prague/https://brnodaily.cz/wp-content/uploads/2020/08/babybox-credit-kirk-wikimedia-1024x676.jpghttps://brnodaily.cz/wp-content/uploads/2020/08/babybox-credit-kirk-wikimedia-150x99.jpg2020-08-27T17:48:22+02:00Tessa AdamsonCzech Republic / WorldCzech Republic,News,PoliticsOn Monday evening, the 210th baby was placed in a babybox in the Czech Republic, where babies can be anonymously left behind. While there are many supporters of the program, including politicians, who argue that it saves childrens’ lives, the UN Committee on the Rights of the Child has...Tessa Adamson T.M.Adamson@hotmail.comAuthorExpat student from the Netherlands, passionate about writing, travelling, languages and politics.Brno Daily

Expat student from the Netherlands, passionate about writing, travelling, languages and politics.
View all posts by Tessa Adamson →
« Open Street Party To Celebrate the End of Lengthy Reconstruction Works on Lužánecká
Indies Scope: Cello From The Other Side »