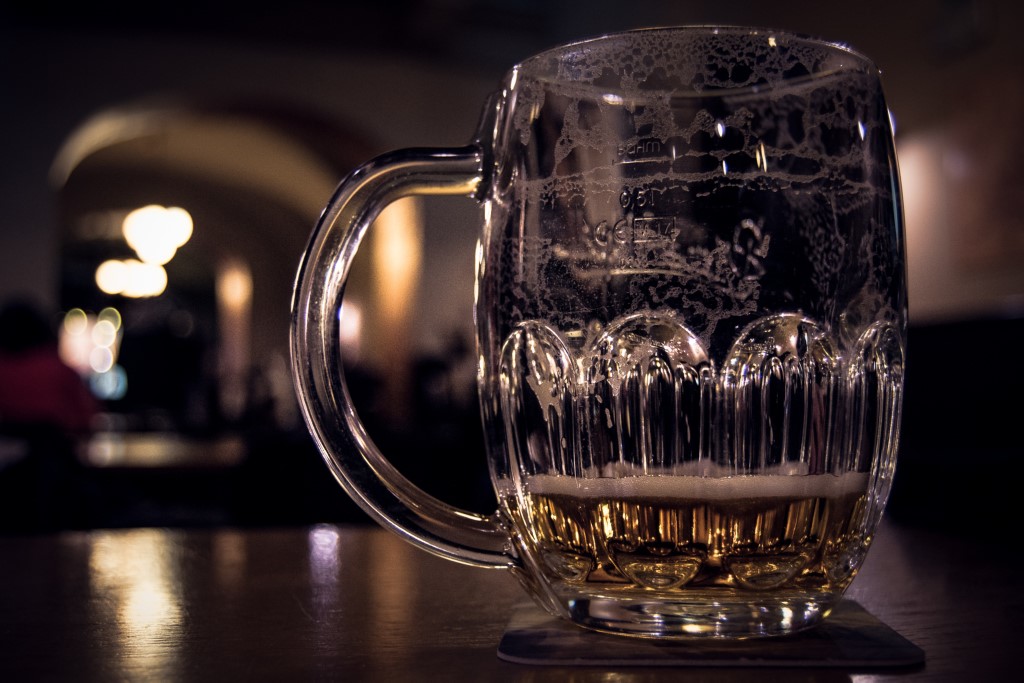 A new lower tax rate of 10% applied to draft beer consumed in pubs and restaurants will be effective starting May 1st. The VAT rate for non-alcoholic beer sold in the same place is also 10%, but is 15% when bought from a kiosk. And the VAT rate for bottled beer bought in your favourite pub remains at 21%. Jokes started spreading around social media after the new tax rate was announced, including charts comparing nine different possibilities with three different tax rates. Title photo: CG.

Brno / Czech Rep., Feb 11 (BD) – One of the humorous charts made it to the press, being published in the Czech newspaper Blesk. This did not amuse Prime Minister Andrej Babiš (ANO): “Increasing margins for pub owners was praised by the Association of Hotels and Restaurants. But what appeared on the first three pages of Blesk? That we are making a mess, just because some thicko created a chart (which no one asked him to do), that made it to the media, where it is now presented as an official document. When I saw it, I wanted to scream in anger,” said Babiš in a Facebook post.

One of the tables based on the new VAT rates on beer published on social media.

Another irritated politician is Finance Minister Alena Schillerová (ANO), who said that the three different tax rates for beer are a myth, and described the chart in question as fake news. “We are adding only one lower tax rate of 10%, alongside the current 21% on draft beer in restaurants. That is two tax rates in total,” she said on Twitter. The lower tax rate is intended to increase margins, mostly for pub owners in the regions, who often make most of their profits on draft beer. Consumers will probably not feel any change in prices, but Babiš added: “The price could decrease, but it definitely should not go up.”

The new 10% VAT rate will affect draft beer in pubs, restaurants, and other places that create added value, such as table service, a place to sit, air conditioning, restrooms or cleaning of dishes. European laws allow lower tax rates on alcohol to be applied in these cases. Conversely, the rate will stay at 21% for beer sold in supermarkets or at kiosks, because they are deemed to be simply delivering goods to the customer. The rate for non-alcoholic beer will stay the same at 15%, as for all non-alcoholic drinks, but can be lowered to 10% if consumed at a pub or restaurant.

There are currently three rates of VAT. The standard rate is 21%, which applies to most goods and services. The medium rate of 15% applies to groceries, public transport and healthcare services. The lowest rate of 10% applies to books, medicine, special dietary products, newspapers, and magazines.

https://brnodaily.cz/2020/02/11/news/business/new-beer-tax-system-is-mocked-on-social-media-but-pm-andrej-babis-isnt-laughing/https://brnodaily.cz/wp-content/uploads/2018/09/beer3-1024x683.jpghttps://brnodaily.cz/wp-content/uploads/2018/09/beer3-150x100.jpg2020-02-11T13:56:07+01:00Vanda ŠujanováBusinessCzech Republic / WorldBeer,czech,Czech Republic,Eating Out / Night Life,FoodA new lower tax rate of 10% applied to draft beer consumed in pubs and restaurants will be effective starting May 1st. The VAT rate for non-alcoholic beer sold in the same place is also 10%, but is 15% when bought from a kiosk. And the VAT rate for...Vanda ŠujanováVanda Šujanovávandasujanova@gmail.comAuthorA student and a learner. Likes books, coffee and writing.Brno Daily