Whitesnake Are Back And On Tour, Playing In Brno in May With Special Guests: Europe! 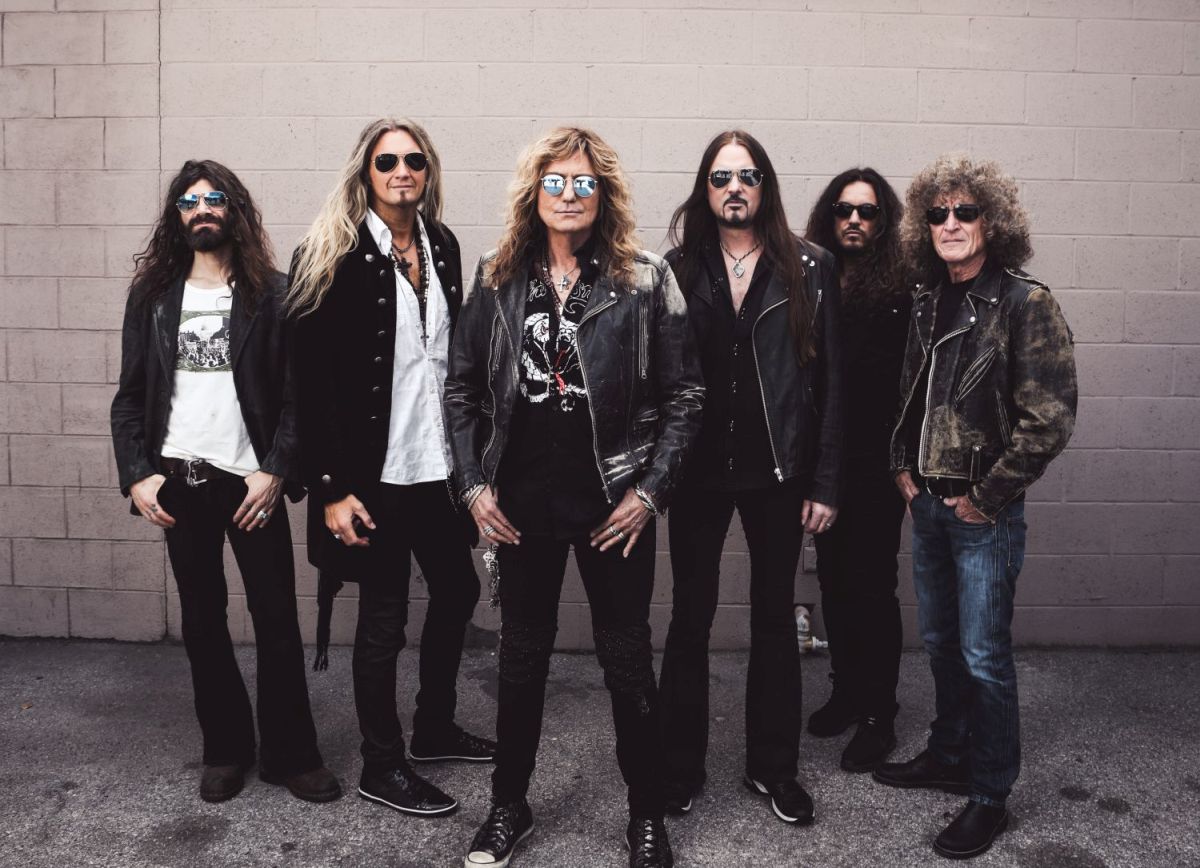 David Coverdale’s legendary rock band Whitesnake have announced the Flesh & Blood World Tour, where they will play not only songs from the last album “Flesh & Blood”, but all the biggest hits from a career of more than 40 years. On May 19, at the DRFG Arena in Brno, the popular band Europe will appear as special guests with Whitesnake. Photo credit: Livenation.cz.

Brno, Dec 30 (BD) – “We are really excited and looking forward to playing in the Czech Republic again in 2020, and celebrating the 40th anniversary of Whitesnake together. I am very grateful that I have been traveling this incredible world for 40 years – we want to celebrate these unforgettable moments with millions of people… Thank you all who joined us on this wonderful journey!! I love these shared moments as well as my work. Thanks again for these 40 years!” said David Coverdale in the official press release for the 2020 tour.

David Coverdale founded Whitesnake in 1978, two years after he left Deep Purple. During the late seventies and the first half of the eighties, Whitesnake’s releases included both heavy blues-rock, on the albums “Trouble”, “Lovehunter”, “Ready And Willing” and “Come An’ Get It “, and later explosive hard rock, on the album “Slide It In” and their most successful albums “Whitesnake” (1987) and “Slip of the Tongue” (1989).

At that time, the band made an indelible mark on music history with the timeless hits “Is This Love”, “Here I Go Again” and “Still Of The Night”. Their last release was 2019’s “Flesh & Blood”, which featured in the band’s concert in Prague this June.

The legendary Swedish band Europe, special guests at the Whitesnake concert, do not need a long introduction. Apart from a longer break at the beginning of this millennium, the band has been playing since 1979, and has made its reputation as one of the most successful European bands ever.

The group, led by charismatic singer Joey Tempest, achieved global success with their third album “The Final Countdown”, which included not only the title megahit, but also the highly successful singles “Rock The Night” and ballad “Carrie”. All three songs can be ranked among the biggest rock classics of the last century.

Europe has released eleven studio albums, several compilations, live albums and 35 singles. In total, Europe has sold more than 25 million records, with the latest release being 2017’s “Walk The Earth”, which was warmly received not only by the band’s fans, but also by professional critics. In Brno the band will perform a cross-section of hits from their entire career.

https://brnodaily.cz/2019/12/30/culture/whitesnake-are-back-and-on-tour-playing-in-brno-in-may-with-special-guests-europe/https://brnodaily.cz/wp-content/uploads/2019/12/BAND-SHOT-1_LR-1024x741.jpghttps://brnodaily.cz/wp-content/uploads/2019/12/BAND-SHOT-1_LR-150x109.jpg2019-12-30T12:34:31+01:00BD StaffArt & CultureBrno,Concert,Music,RockDavid Coverdale's legendary rock band Whitesnake have announced the Flesh & Blood World Tour, where they will play not only songs from the last album “Flesh & Blood”, but all the biggest hits from a career of more than 40 years. On May 19, at the DRFG Arena in...BD StaffBD Staff team@brnodaily.czAdministratorBrno Daily - English News and Events in Brno.Brno Daily