Brno Main Station Reopens With Alterations To Timetables and Ticketing System, But Without a Waiting Room 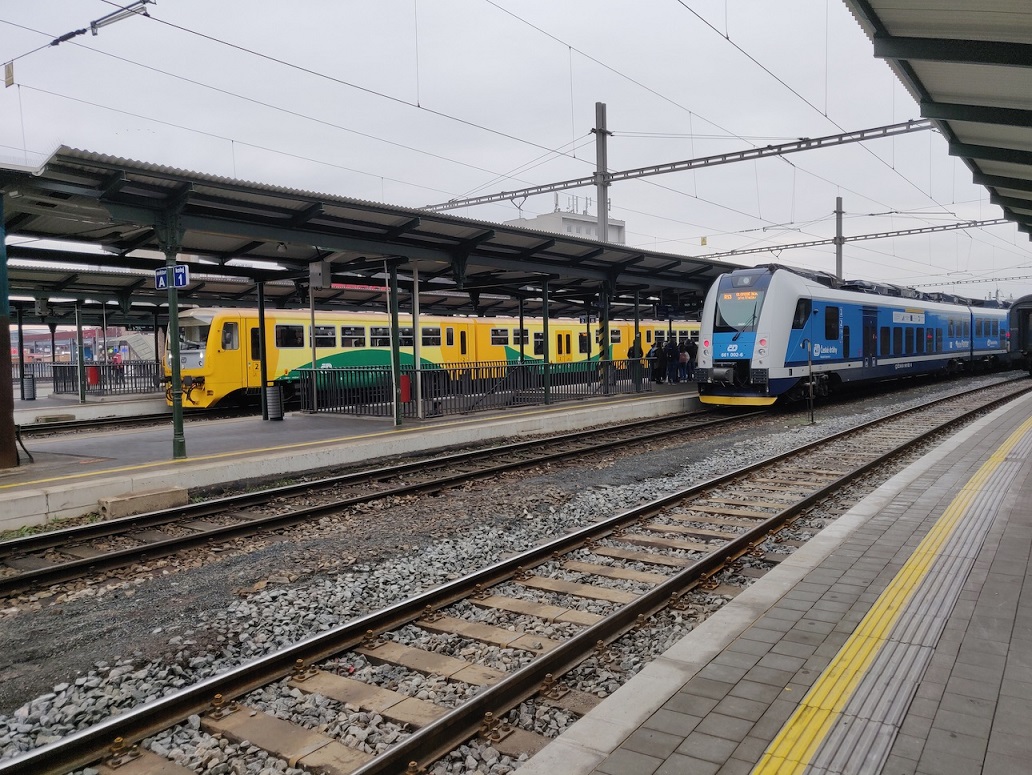 The newly renovated train station has more ticket desks and fewer refreshment stalls, but the left wing of the building designated as a waiting area is not yet finished. Passengers in the South Moravian Region (JMK) can expect changes to fares; on Czech Railways (ČD) trains ordered by JMK, (ČD) tickets will cease to be valid, and from now on only the regional tariff (IDS MK) will apply. Photo: Main Train Station in Brno, December 17, 2019. AD / Brno Daily.

Brno, Dec 18 (BD) – The year-long refurbishments to the Main Train Station in Brno have almost finished, and the station has reopened for normal service. While most of the work done on the station was technical, passengers using the station will notice that the platforms have been renumbered to align with most other stations, and the main building will contain more ticket desks and fewer refreshment stalls. However, work on the left wing of the building is still unfinished, and as a result the station has only a temporary waiting area with 10 seats. The full waiting area will open at the end of next year.

The reopening of the station, and the closing of the temporary station at Dolní Nádraží, has meant some alterations to timetables, both on the rail network and on Brno’s public transport network, which no longer needs to serve the lower station.

At the same time, many smaller local train stations will close in the next year, meaning more work for ČD staff. Passengers beginning their journey from places where it is not possible to buy tickets at the station must buy tickets on board from train attendants; for those who travel from other stations, there is an extra fee of CZK 50. Passengers on lines S2 and S3 who do not have a valid ticket (with the exception of disabled people, or those with small children) will be required to board a carriage marked with a horizontal green bar. The new rules are aimed to motivate people to buy tickets before boarding.

However, the changes to the national rail timetables have the potential to cause further problems for rail passengers in JMK. The regional authorities had to renegotiate all of their contracts with providers of rail services in the region. Although ČD won the tender as before, problems with the new contract mean that ČD’s national tariffs will no longer apply in JMK, and only tickets issued by the South Moravian integrated transport network (IDS JMK) will be valid on trains in the region, although it will now be possible to buy them using a contactless card system. On the other hand, the regional tariff will now be valid in the Vysočina and Zlín Regions, and also for trains from Znojmo to Retz in Austria.

As it stands, passengers wishing to travel from JMK to other regions will have to buy separate ČD tickets or the other region’s tickets for the remainder of their journey. Zlín Region has also found itself in the same situation.

The new tariffs will not apply to long-distance trains, which are operated by the state rather than regions, and hence integrated into the national ČD tariff system.

According to the transport website zdopravy.cz, the new tariff system in JMK should be fully operational from January 2020.

Trains will run from Břeclav to Vienna more frequently. “Except for in the morning, trains between Břeclav and Vienna will run every hour on weekdays until the evening, and every two hours at weekends,” said Czech Railways spokesman Vanda Rajnochová. The number of trains connecting Znojmo and Vienna will remain about the same.

In JMK, ČD dispatch about 900 regional trains on an average working day and about 600 on Saturdays and Sundays.

https://brnodaily.cz/2019/12/18/news/transport/brno-main-station-reopens-with-alterations-to-timetables-and-ticketing-system-but-without-a-waiting-room/https://brnodaily.cz/wp-content/uploads/2019/12/main-train-station-2-_-Antonis-Brno-Daily-1024x769.jpghttps://brnodaily.cz/wp-content/uploads/2019/12/main-train-station-2-_-Antonis-Brno-Daily-150x113.jpg2019-12-18T13:02:42+01:00Jack StephensCzech Republic / WorldTransportBrno,News,Train,TransportThe newly renovated train station has more ticket desks and fewer refreshment stalls, but the left wing of the building designated as a waiting area is not yet finished. Passengers in the South Moravian Region (JMK) can expect changes to fares; on Czech Railways (ČD) trains ordered by JMK,...Jack Stephens jack.stephens50@gmail.comAuthorA writer and English teacher originally from London who has lived in Brno since 2011, interested in politics, low culture, and all things strange and/or Czech.Brno Daily

A writer and English teacher originally from London who has lived in Brno since 2011, interested in politics, low culture, and all things strange and/or Czech.
View all posts by Jack Stephens →
« An Expensive Lunch: Executive Robbed of CZK 250,000 in Brno Restaurant
Brno Sports Weekly Report — First-place Šelmy host second-place Olomouc Saturday »