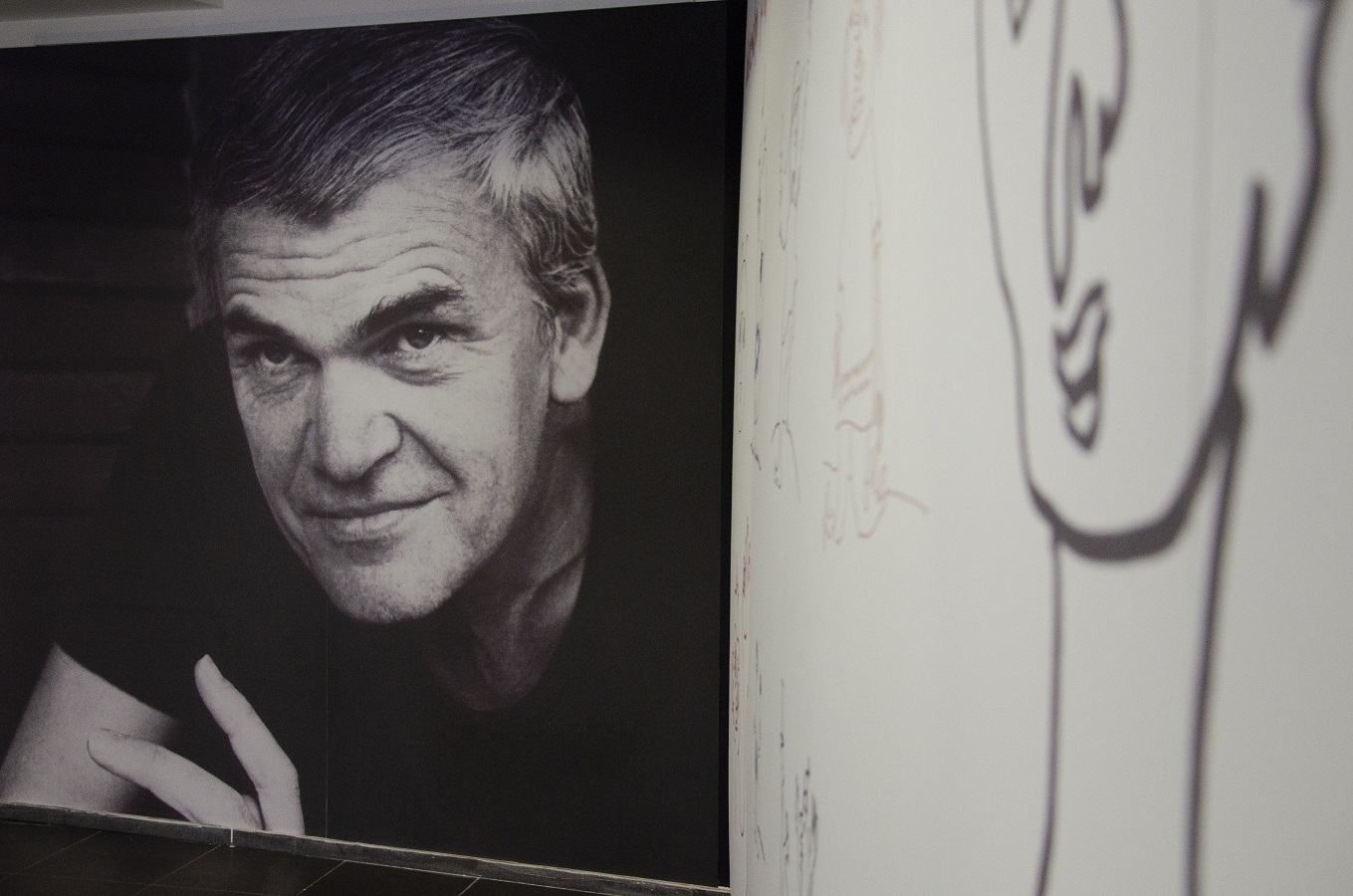 The world-famous author, born in Brno in 1929, had his citizenship certificate hand delivered to his home in Paris by the Czech Ambassador. Photo: Exhibition “Milan Kundera (Not Lost) in Translation”. Credit: the Moravian Library (MZK).

Czech Rep., Dec 3 (BD) – Milan Kundera, one of the Czech Republic’s most prominent authors and a Brno native, has had his Czech citizenship restored, 40 years after it was stripped from him by the communist authorities.

While living in communist Czechoslovakia, Kundera was one of many cultural figures persecuted and blacklisted by the authorities. He was expelled from the Communist Party in 1950, and finally fled to France in 1975. The Communist government stripped him of his Czechoslovak citizenship in 1979. It was in France that he wrote some of his most famous books, including The Unbearable Lightness of Being, which were banned in Czechoslovakia until after the revolution.

Since then, Kundera has maintained a frosty relationship with his home country, repeatedly stating in interviews that he considers himself French, and famously refusing to allow his later French-language novels to be translated into Czech, on the grounds that nobody should be able to translate his books into his own mother tongue. He returned to the Czech Republic for the first time in 1996, but reportedly now travels anonymously whenever he visits.

However, last Thursday the Czech Ambassador to France, Petr Drulák, visited the 90-year-old at his Paris apartment to deliver his Czech citizenship certificate in person. Drulák told public television that “This is a very important symbolic gesture, a symbolic return of the greatest Czech writer in the Czech Republic.” He described the meeting as “a very simple moment, but of great conviviality and human warmth. He was in a good mood, just took the document and said thank you.”

This is not the first time the idea of restoring Kundera’s citizenship has been suggested; Prime Minister Andrej Babis discussed the idea after dining with Kundera and his wife in Paris in November 2018. Kundera was awarded the Czech National Prize for Literature in 2008, and honorary citizenship of Brno in 2009, but on both occasions he refused to return to receive the honours.

https://brnodaily.cz/2019/12/03/news/renowned-brno-author-milan-kundera-has-czech-citizenship-restored-after-40-years/https://brnodaily.cz/wp-content/uploads/2019/12/Kundera-Exhibition-Brno-Credit_MZK-2-1024x678.jpghttps://brnodaily.cz/wp-content/uploads/2019/12/Kundera-Exhibition-Brno-Credit_MZK-2-150x99.jpg2019-12-03T16:00:31+01:00Jack StephensCzech Republic / WorldCzech Republic,Famous People,NewsThe world-famous author, born in Brno in 1929, had his citizenship certificate hand delivered to his home in Paris by the Czech Ambassador. Photo: Exhibition “Milan Kundera (Not Lost) in Translation”. Credit: the Moravian Library (MZK). Czech Rep., Dec 3 (BD) - Milan Kundera, one of the Czech Republic’s...Jack Stephens jack.stephens50@gmail.comAuthorA writer and English teacher originally from London who has lived in Brno since 2011, interested in politics, low culture, and all things strange and/or Czech.Brno Daily