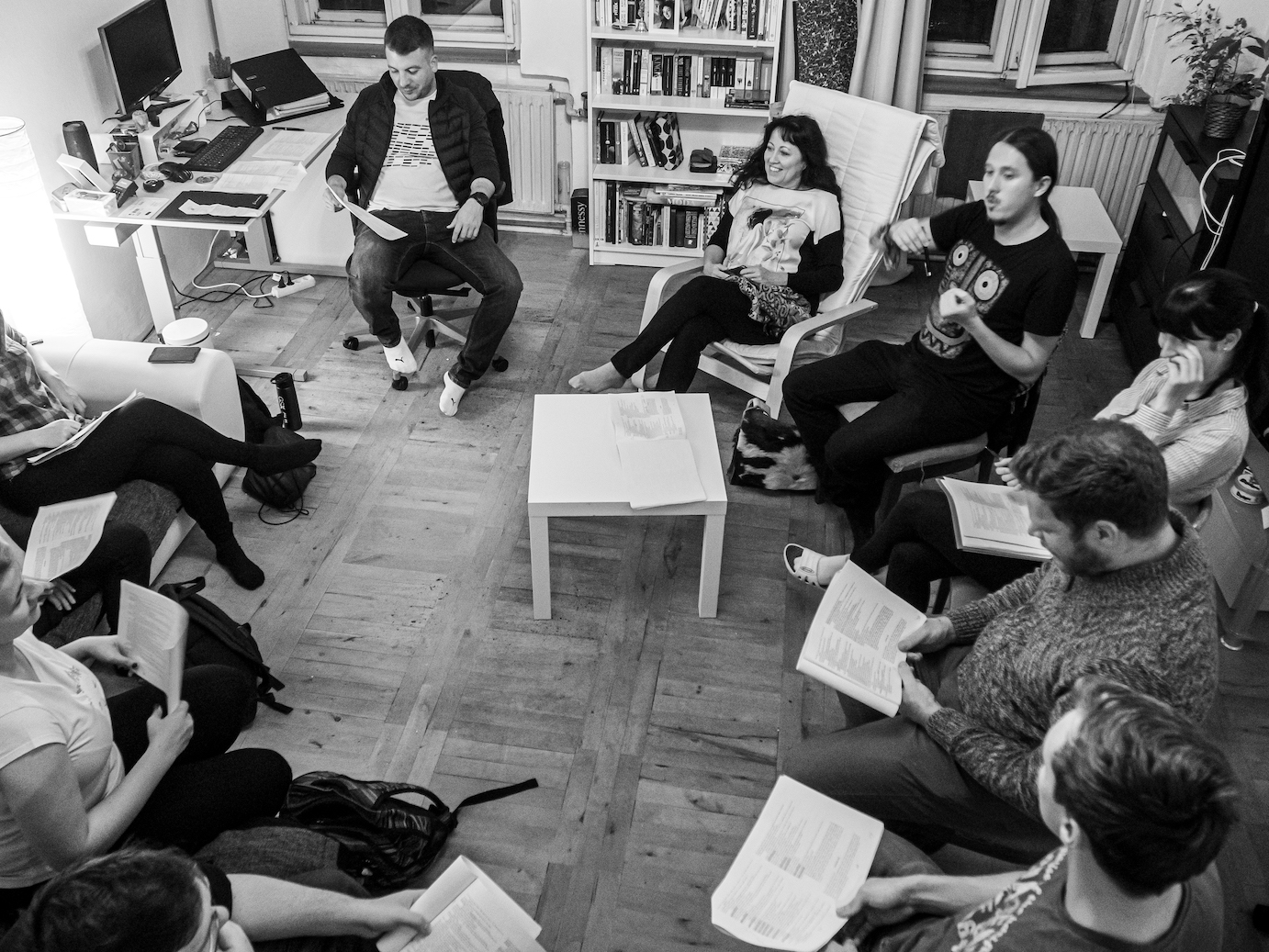 BEST, Brno English Speaking Theatre, is launching its second show of the season, Largo Desolato by Václav Havel, on Tuesday 19th November. There are in total five performances, see the details on our Facebook page. You can also purchase the tickets on the GoOut page. Photo credit: Tom Karola.

We asked Filip Daňhel, the director of the show, to tell us something about his relation to theatre, why he chose to direct this play and what are the reasons to present it now.

“The reason why we’ve chosen this play at this time is quite clear,”, says Daňhel “as this year in November we commemorate the fall of the communist regime in the countries of Europe that happened thirty years ago. The Velvet revolution is a serious and important matter in Czech history and that’s the reason why we want to contribute to the anniversary by presenting one of Václav Havel’s plays.”

Even though the play was written by Havel during his Communist era imprisonment, Daňhel states that “the play is actually not about a specific era, regime, people or specific country”. He refers to Havel’s notes in which is stated, I think that any staging experiments with localizing the play into an environment in which it originated and any attempts to stress out any Czechoslovakian, communist or even „dissident“ aspects or realia would actually hurt the play itself: it would degrade it to the level of a documentary about something that is maybe interesting, but also something that people from any other environment just cannot relate to. […].”[1]

Taking into consideration that it is not the historical event which the play is about, we got curious on what the main theme of the play is. “One of the main themes of the play is freedom and realizing what freedom really is.” says Daňhel. He states that “the main character basically goes through a personal struggle for and with his identity.” and quotes Havel “It is a simple message about a man applying any form of reality in any timeline.”.[2]

“The point of the play is that the outcome is subjective, one has to come and make his own opinion.” says Daňhel and is inviting us and the broader public to come and see the play with these words “All I can say is that you can learn a lot about absurd drama, human nature, outer and inner freedom, yourself and you can become part of the discussion after each performance in which we hope to pay tribute not only to the author himself but also to all people who contributed to the victory of freedom in the Czech Republic.”

It is not the first play directed by Daňhel for BEST, in the past he co-directed “Wenceslas Square” in which he acted as well. And why did he choose to direct Largo Desolato? “One of the main reasons why I wanted to direct Largo Desolato is that Václav Havel’s work is somewhat close to me. It is always a kind of a conceptual open artwork which is exactly my cup of tea. Another reason is my belief that in this particular case it’s best if it’s directed by a Czech person as being the same nationality, I am more likely to understand Havel’s plays and “translate” it to the audience through the play.”

Daňhel’s connection to theatre started when he got the opportunity to act in divadlo Husa na provázku and now he is an active actor in Mahenovo divadlo.

Autumn’s performances of BEST divadlo are taking place under the patronage of the statutory town of Brno JUDr. Markéta Vaňková.

https://brnodaily.cz/2019/11/11/culture/best-presents-largo-desolato-a-play-written-by-vaclav-havel/https://brnodaily.cz/wp-content/uploads/2019/11/rehearsal_1-1024x768.jpghttps://brnodaily.cz/wp-content/uploads/2019/11/rehearsal_1-150x113.jpg2019-11-11T18:01:14+01:00GuestArt & CultureBrno,Brno Expats,Czech Republic,English-friendly,TheatreBEST, Brno English Speaking Theatre, is launching its second show of the season, Largo Desolato by Václav Havel, on Tuesday 19th November. There are in total five performances, see the details on our Facebook page. You can also purchase the tickets on the GoOut page. Photo credit: Tom Karola....Guest team@jobspin.czEditorBrno Daily