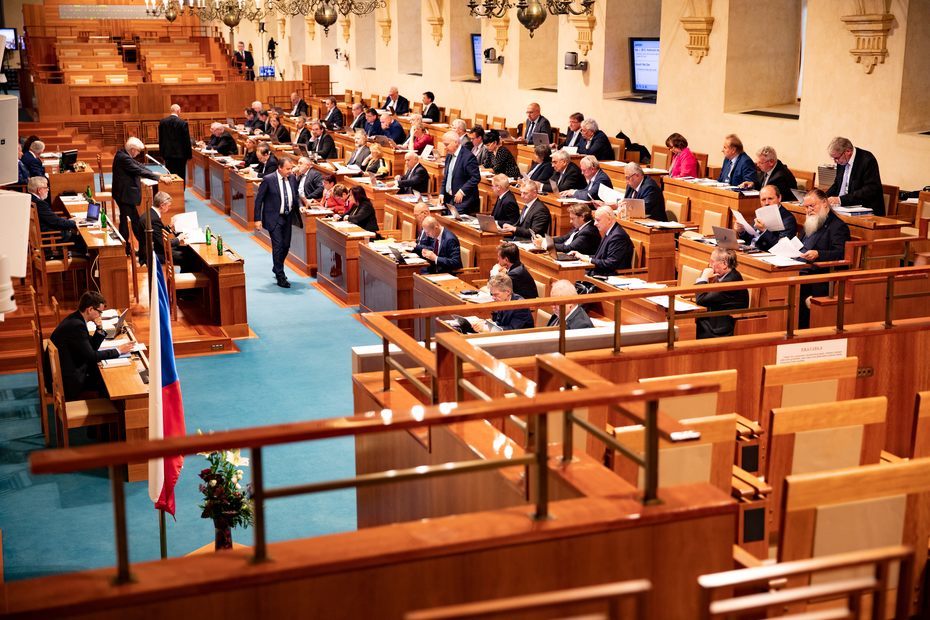 Senate President Jaroslav Kubera (ODS) has confirmed that he will visit Taiwan, following days of conflicting reports about his plans, and rumours that the trip would be cancelled to avoid causing offense to China and harming Czech business interests. The news comes at a delicate moment in relations between the Czech Republic and the great Asian superpower. Title photo: Senate CR. / Credit: Senate CR.

Czech Rep., Nov 5 (BD) – Senate President Jaroslav Kubera has decided to go ahead with plans to visit Taiwan, following speculation that the trip may be cancelled to avoid criticism from China and potential repercussions for Czech business. The current row was sparked by Kubera’s attendance at a reception at the Taiwanese embassy at the beginning of October, where Kubera spoke positively about cooperation between the two countries and was photographed with representatives of the Taiwan Economic and Cultural Office in the Czech Republic.

Kubera mentioned that some ambassadors had complained to him at a dinner during the summer that Czech diplomatic efforts in Asia were focused entirely on China at the expense of relations with other countries, and said he was trying to address that imbalance, as evidenced by his trip to Mongolia in September. He said that although he understood that Beijing did not recognise Taiwan as a sovereign country, he was still within his rights to meet with Taiwanese leaders, as the head of one of the chambers of the Czech parliament.

In response, Zhang Jiangmin, Chinese Ambassador to the Czech Republic, criticised Kubera’s decision to attend the event. China does not recognise Taiwan as a sovereign nation and maintains a “One China” diplomatic stance, whereby ending diplomatic relations with Taiwan is required for any country wishing to trade with China.

Kubera met with Jiangmin last Tuesday to discuss the issue, and although he rejected the ambassador’s criticism, issuing a strong statement following the meeting that the Czech Republic is a sovereign country that cannot and should not be threatened, it was nonetheless reported in Denik N and other media that he was reconsidering his plan to visit the country. He explained that his concern was related to Czech businesses operating in China, and that whether President Zeman approved was “the last thing I think about.”

Relations between the two countries have fluctuated over time. Under the first post-revolution President Vaclav Havel, relations became strained due to Havel’s support for Taiwanese dissidents and friendship with the Dalai Lama. Meanwhile, current President Zeman has long been known for his pro-China political orientation, visiting the country regularly and promoting China domestically, including the offer of a state visit for Chinese President Xi Jingping in 2016. Zeman even hired as an economic adviser Chinese businessman Ye Jianming, founder and CEO of CEFC Energy, a conglomerate linked to the Chinese Army, with diverse business interests in the Czech Republic including FC Slavia Prague, Czech Airlines, and the Lobkowicz Brewery. Ye was arrested in March 2018, and has been in detention since then on corruption charges, under investigation by China’s Central Commission for Discipline Inspection. Zeman has faced persistent criticism for his perceived closeness to the Chinese regime, as well as regular protests from pro-Tibet and pro-Taiwan activists, and members of China’s separatist Uyghur community.

China-related tensions escalated further earlier this year when the new Mayor of Prague, Zdenek Hrib (Piráti), announced that the partnership agreement between Prague and Beijing would be terminated, due to the Chinese refusal to renegotiate a clause in the agreement endorsing the “One China” policy. In a statement, the Chinese Embassy described Hrib’s decision as a “breach of trust that would hurt Czech interests”, and President Zeman voiced concerns that Chinese investors would pull out of Slavia Prague, now owned by the CITIC Group, and other key investment projects.

In turn, the Pirate Party responded with a Facebook post stating that: “We know the Chinese regime views its partners as vassals and does not like disobedience. However, we are a country of free people. We refuse to bow to such an authoritarian regime that is responsible for re-education camps and trafficking in illegal organ transplants.” The post was accompanied by a picture mocking the supposed resemblance between President Xi and cartoon character Winnie the Pooh, a comparison which is the subject of vigorous censorship by Chinese authorities and is said to infuriate the Chinese leader.

Despite the war of words, China analyst Katerina Prochazkova told DW that the Chinese response to this criticism would be mostly pragmatic: “For sure it will annoy them, but they are going to focus on their partners, such as President Zeman, who is still keeping the same line, still supporting the Chinese side.” Indeed, there has been no sign of any significant movement of Chinese investment out of the city or country since Hrib’s move. However, according to the same DW feature, billions of dollars of investment promised in the wake of Zeman’s charm offensive never actually arrived in the country in the first place, a fact acknowledged by Zeman himself.

The date of Kubera’s visit to Taiwan is not yet arranged, but he said it would probably involve a visit to Taiwan before moving on to China. The date will also take into account the sensitivity of Taiwan’s upcoming election. Zeman claimed in his weekly broadcast on Barrandov TV, itself Chinese-owned, that “everyone has asked [Kubera] not to go, including the Foreign Minister [Tomas Petricek, CSSD].”

However, talking to Echo24, Petricek said that the decision was Kubera’s alone: “The Ministry of Foreign Affairs cannot influence the activities of parliamentarians or elected local representatives, and therefore the decision is up to the President of the Senate.” He went on to speak positively about Czech-Taiwanese relations: “Within the framework of its One-China policy, the Czech Republic and Taiwan maintain dynamic and mutually beneficial cooperation in areas such as trade, investment, science, culture and tourism. Taiwan is the third biggest investor from Asia in the Czech Republic.”

https://brnodaily.cz/2019/11/05/news/politics/senate-president-kubera-to-visit-taiwan-amid-tensions-in-czech-chinese-relations/https://brnodaily.cz/wp-content/uploads/2019/11/Czech-Chinese-Relations.jpghttps://brnodaily.cz/wp-content/uploads/2019/11/Czech-Chinese-Relations-150x100.jpg2019-11-05T13:35:54+01:00Jack StephensCzech Republic / WorldPoliticsCzech Republic,Famous People,News,PoliticsSenate President Jaroslav Kubera (ODS) has confirmed that he will visit Taiwan, following days of conflicting reports about his plans, and rumours that the trip would be cancelled to avoid causing offense to China and harming Czech business interests. The news comes at a delicate moment in relations between...Jack Stephens jack.stephens50@gmail.comAuthorA writer and English teacher originally from London who has lived in Brno since 2011, interested in politics, low culture, and all things strange and/or Czech.Brno Daily

A writer and English teacher originally from London who has lived in Brno since 2011, interested in politics, low culture, and all things strange and/or Czech.
View all posts by Jack Stephens →
« Czech Theater Commemorates 30 years Since The Velvet Revolution With Václav Havel’s Vaněk Plays
Several Primary Schools and Kindergartens Across Brno To Close Tomorrow Due To Teaching Strike »