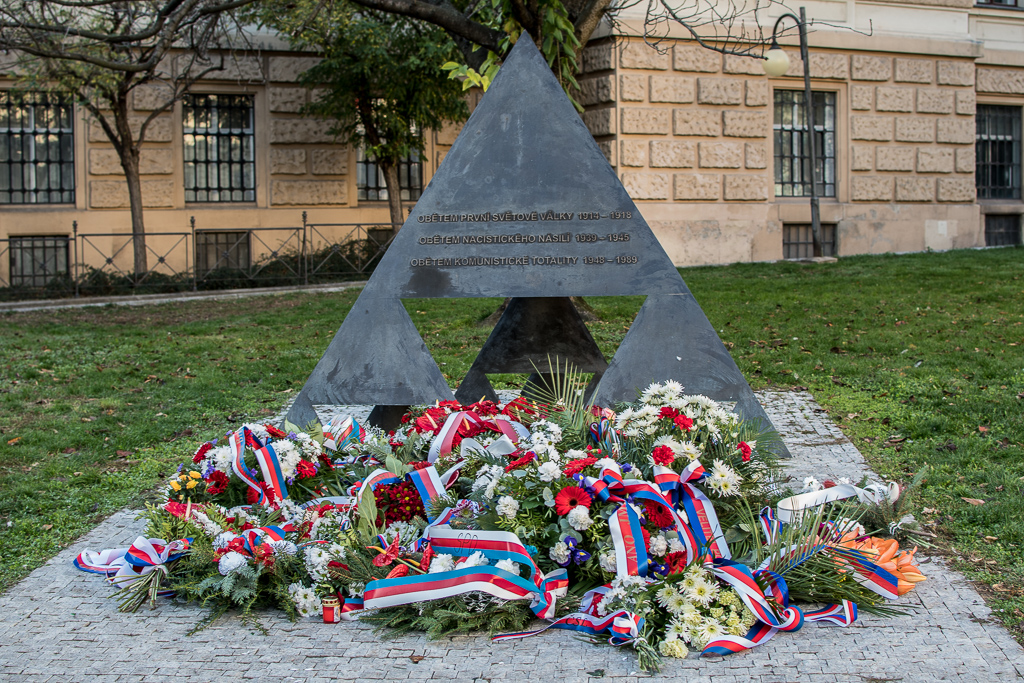 A wide range of non-profit organisations, student groups, and other institutions are planning events to commemorate the pivotal events of 1989 over the next months, as part of a program of events launched under the auspices of the city council last week. Photo: Casadei Graphics.

Brno, Sep 25 (BD) – Last week Brno City Council launched “Celebrating 30 Years of Freedom”, a series of events and exhibitions that will reflect on the Velvet Revolution and its legacy. Brno Mayor Marketa Vankova (ODS) explained the concept behind the project: “We decided to go down the route of financial and promotional assistance to activities organised by students, non-profit organizations and other groups. From September we will gradually commemorate the 30th anniversary of those events that triggered such major changes in our country and in our lives from a diverse range of perspectives, which can reach both witnesses of the time and the generations that were born and grew up later.” Vaňková added that the culmination of the commemorative program is planned for two dates: “November 17th is an important date for the whole country, and November 20th is the moment when history began to be rewritten in Brno.”

How will Brno celebrate the anniversary?

From October 14th-19th, Náměstí Svobody will host a large projection dome to display “TOTALITY”, a state-of-the-art multimedia experience allowing visitors to return to the days before 1989. While the screening will primarily provide viewers with an emotional experience, information panels located around the dome will detail the factual information and historical context of events. The installation will be open every day from 8:30am to 7pm, with weekday morning hours primarily intended for schools, and the remaining times for the general public.

From November 12th, Brno Technical Museum will present the exhibition “Iron Curtain 1948–1989”, the history of state border surveillance from 1945 to 1989, which will show the equipment used by Border Guard units, methods of crossing the border of former Czechoslovakia, and the environment at border facilities. The exhibition will run until May 2020.

Celebrations will be ramped up around the day of the anniversary itself, with Špilberk Castle, Mahen Theatre, the Goose on a String Theatre, and the fountain outside Janacek Theatre dramatically illuminated in the three colours of the Czech flag. As part of the campaign “Thank you, that we can” the Czech tricolor will also appear in lights on landmarks in 30 cities throughout the former communist bloc in Central and Eastern Europe, to commemorate the anniversary of the fall of Communism. (Read more in our previous article: “Brno Theatres To Be Illuminated With National Colours of European Nations Commemorating The End of Totalitarianism”).

On the same day, an event in Náměstí Svobody will see speeches from students, artists, witnesses of November 1989, and rectors of Brno universities, along with musical and theatrical performances and light installations, celebrating human and civil rights, freedom, and open democratic society. The traditional Chinese lantern procession through the city centre will start at 6pm, organised by students from Masaryk University. The event will kick off four days of commemorative events under the name “Lest We Forget”, which will see multimedia installations, musical performances, speeches, and historical film screenings on Kobližná and Malinovského náměstí, as well as a human chain leading from Náměstí Svobody to Malinovského náměstí.

On November 20th, seven of Brno’s most popular clubs will come together to see the anniversary off in style in the spirit of freedom, with a club night called Velvet Club Revolution, the kind of political party that everyone will want to join! Over the course of the evening, Metro Music Bar, Fleda, Melodka, Eleven, Faval, Stará Pekarna and Kabinet Muz will present photographs and videos bringing the revolutionary atmosphere of November 1989 to audiovisual life, with special buses providing transport between the venues.

For more information about all the events included in “Celebrating 30 Years of Freedom”, check out the council’s special website.

https://brnodaily.cz/2019/09/25/events-in-brno/rich-program-of-events-planned-to-mark-30-years-since-czechoslovakias-velvet-revolution/https://brnodaily.cz/wp-content/uploads/2019/09/D75_1188-1024x683.jpghttps://brnodaily.cz/wp-content/uploads/2019/09/D75_1188-150x100.jpg2019-09-25T17:28:07+02:00Jack StephensEvents in BrnoBrno,Culture,Czech Republic,Events in Brno,HistoryA wide range of non-profit organisations, student groups, and other institutions are planning events to commemorate the pivotal events of 1989 over the next months, as part of a program of events launched under the auspices of the city council last week. Photo: Casadei Graphics. Brno, Sep 25 (BD)...Jack Stephens jack.stephens50@gmail.comAuthorA writer and English teacher originally from London who has lived in Brno since 2011, interested in politics, low culture, and all things strange and/or Czech.Brno Daily

A writer and English teacher originally from London who has lived in Brno since 2011, interested in politics, low culture, and all things strange and/or Czech.
View all posts by Jack Stephens →
« Brno’s Christmas Markets To Stay Open Until January 5th
Brno City Council Is Backing Two Competitions This Autumn To Support Talented Students and the Knowledge Economy »