Home » Czech Republic / World » Relocation to Brno » You are reading »

Brno Is Home to 25,000 Foreigners (excepting Slovaks) and the Number Keeps Growing 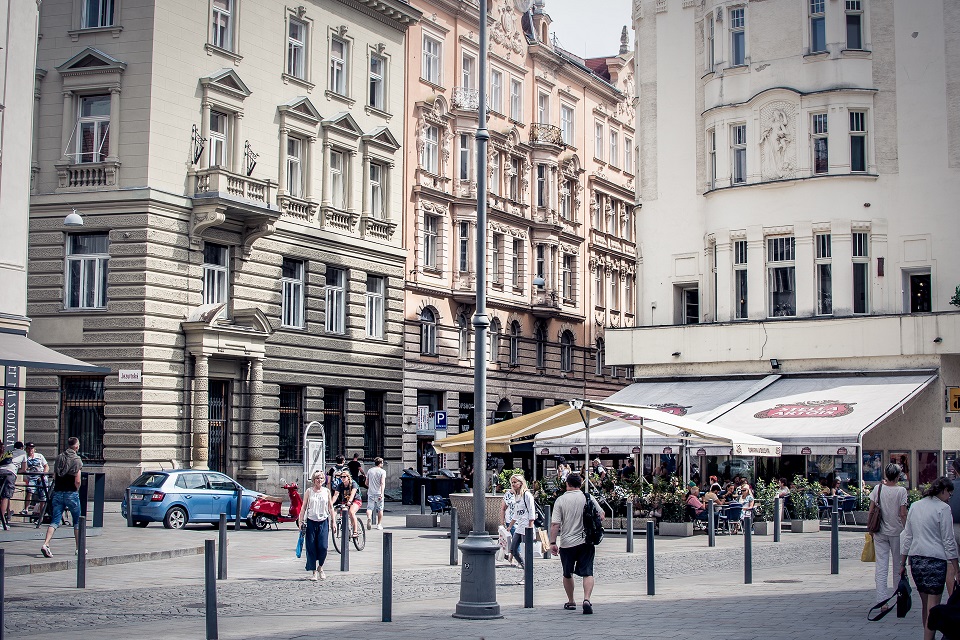 Over than 25,000 foreigners from 143 countries of the world (excluding Slovaks) with permanent and temporary residency status live in Brno. The authors of the report recently published on data.brno.cz agree that the growth is due to very low unemployment rates in the Czech Republic. Photo credit: Casadei Graphics. Charts powered by data.brno.cz.

Brno, Sep 3 (BD) – Over than 32,000 foreigners with permanent and temporary residency status live in Brno, according to the Ministry of the Interior statistics, updated monthly. Citizens of Slovakia have a special position; although they count among foreigners, they do not have to apply for a residency permit in the Czech Republic. Excluding the Slovak nationals from the overall statistics, more than 25,000 foreigners live in Brno, which is 6.7% of all inhabitants of the city. The number of foreigners living in the city suburbs  – Brno-venkov district – is stable and does not change much over time (more than 6,000 foreigners are currently registered in Brno-venkov).

If we leave out Slovaks, who constitute the largest number of foreigners in Brno, then Ukrainians, Vietnamese and Russians are the next most represented foreign minorities.  Romanians, Bulgarians, Indians, Poles and Americans are also well represented in the statistics.

The rate of growth in the foreign-resident population in Brno has intensified especially after 2015. The authors of the statistics published on data.brno.cz agree that the bigger growth rate is due to the very low unemployment in the Czech Republic and subsequent demand of companies for employees.

A recent statistic of the Czech Labor Office provides further insight regarding foreigners in Brno. As of 31 December 2018, almost 40 thousand (38.9) foreigners registered at the Labor Office in Brno. In addition, the Trade Licensing Office registered another 4.2 thousand foreign nationals. In total, there are 43,234 foreign workers on the job market in Brno. In the whole region it is more than 66.3 thousand foreign workers.

Most foreign workers are from the EU or from countries for which no access to the labor market is required. This situation is similar in the district of Brno-venkov and in the whole region. Of the foreigners registered by the Labor Office in the South Moravian Region, Slovaks represent approximately 46%. For example, around 1,700 foreigners work at IBM, the largest private employer in Brno, which employs over 4,000 people in total.

The highest number of foreigners is registered in the districts Brno-střed, Brno-sever and Královo Pole. This finding is not surprising given that those are strongly populated districts.

When recalculating the number of foreigners in relation to the population size of the city districts, the Brno-South city district is at the top of the list, where foreigners make up almost a third of all inhabitants. The higher proportion of foreigners in the southern part of Brno is mainly due to the presence of large hostels where many foreigners are registered to stay.

Černovice, Slatina and Královo Pole have around 15% of foreign nationals among their residents. Černovice district has an increased share mainly due to the large Vietnamese community. Foreigners in Ořešín and other smaller municipalities share the lowest percentage.

https://brnodaily.cz/2019/09/03/relocation-to-brno/brno-is-home-to-25000-foreigners-excepting-slovaks-and-the-number-keeps-growing/https://brnodaily.cz/wp-content/uploads/2019/08/Brno-Czech-Republic-Unemployement.jpghttps://brnodaily.cz/wp-content/uploads/2019/08/Brno-Czech-Republic-Unemployement-150x100.jpg2019-09-03T18:01:01+02:00BD StaffCzech Republic / WorldRelocation to BrnoBrno,Brno Expats,Business,Economy,English-friendly,Lifestyle and Fashion,NewsOver than 25,000 foreigners from 143 countries of the world (excluding Slovaks) with permanent and temporary residency status live in Brno. The authors of the report recently published on data.brno.cz agree that the growth is due to very low unemployment rates in the Czech Republic. Photo credit: Casadei Graphics....BD StaffBD Staff team@brnodaily.czAdministratorBrno Daily - English News and Events in Brno.Brno Daily

Brno Daily - English News and Events in Brno.
View all posts by BD Staff →
« Children Not Allowed to Drink in Pubs, They Drink in Parks Instead
Average Wage Exceeded CZK 34,000 for the First Time, 2/3 of Population Earns Less »