Interview: Kristina Dimitrova from BEST Divadlo Talks About Their Most Recent Play, “Autobahn” 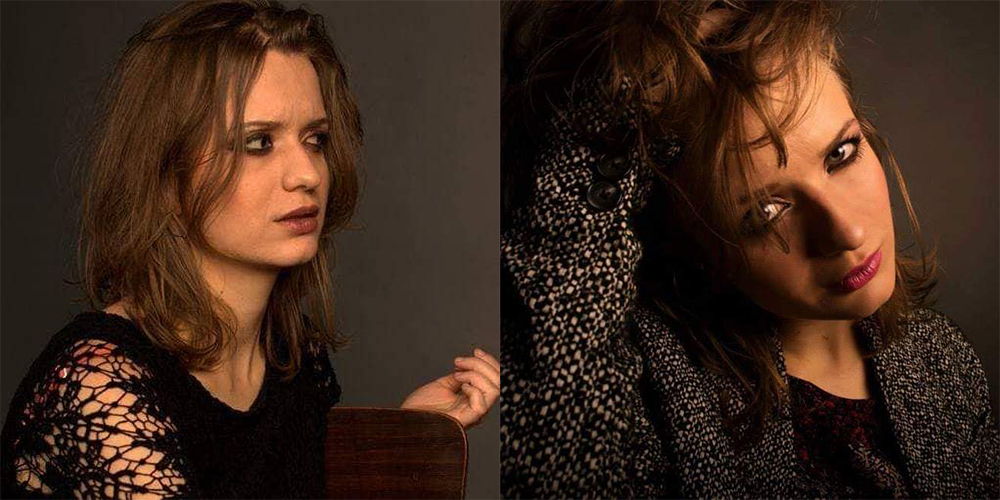 Brno, May 28 (BD) – Brno Daily spoke to Kristina Dimitrova, the director of one of the vignettes, about the play.

Could you tell us something about your background? How you got into English speaking theatre in Brno? Do you have much experience in theatre?

I am Kristina Dimitrova. I am working in National theatre in Macedonia, as a theatre director. I am finishing my master studies in theatre directing at JAMU in Brno.

I have been involved in English speaking theatre from the very beginning. Gene Terruso was my professor at JAMU during my ERASMUS studies, so I was inspired by his knowledge and talent and decided to be part of the theatre which he was developing. I felt honored to have the opportunity to work with him. There are many enthusiastic, talented people in BEST, who are working very hard and giving very honest and pure performances. I am very glad that I’ve worked with them. I also directed the performance ‘Antigone” by Sophocles, in Buran Teatr in Brno.

I have a lot of experience in theatre as I am a working professional in Macedonia. I directed the performance “Look Back in Anger” by John Osborne in the National Theatre in Prilep, Macedonia, and I will work in the Albanian theatre in Skopje this year, and after that in the National Theatre in Prilep again. So I will continue with my professional career in Macedonia. I hope to stay in touch with BEST divadlo and my colleagues from JAMU.

Do you feel that any of your personal life experiences went into your play? To what extent can you relate to the themes?

I am one of five directors who worked on the short plays in Autobahn by Neil LaBute. I directed ‘All apologies’ . It is a story about a man who attempts to make up with his wife for his bad behavior – “all the running around and drinking and putting my fist through your win’shield that time, and me chasing you down at the mall and screaming at you outside the Penney’s store …”

‘Sorry is the hardest word to say’ is the main theme. It is very interesting for me… why is it just so hard to say that you are sorry? Why avoid it and risk losing the people you love?

There is an epidemic of narcissistic behavior today… so I could recognize it and relate to the play. The abuse of the angry man who cannot say sorry and his wife sitting in silence, but at the same time she is actively responding. We can feel her story, although she is not saying anything.

What was behind the decision to stage this particular play? Some of the content is quite dark and challenging. Was that a conscious decision?

The performance was split into seven separate vignettes with different directors. Were you all working together, or were the teams for each vignette working entirely separately?

All the directors worked separately and maybe that was the best decision, because each performance was different and unique. One of the directors, Nicolas Damoiseau, was one of the actors in my performance, so it was interesting to see him working as a director and actor at the same time.

Neil LaBute’s work is known for its dense, naturalistic dialogue. Did that present any particular challenges for the actors? Or did it make it easier to perform?

Neil LaBute writes very dynamic, interesting dialogue. The actors just responded to the dialogue and started to act intuitively. They are not professionals. The wife, Alaa Altbbakh, had her first acting experience and she did a great job. It is because the play is written in such a way that everyone, from any part of the world, can feel it. Nicolas Damoiseau just understood his character type and started to create it immediately. They were both very happy to work on such interesting dialogue, which helps the actors to play their parts.

I thought the acting performances were great across the board. How many of the actors in this production were new to BEST Divadlo? How did they enjoy the first experience?

I agree. Thank you. The actors are just super talented. Alaa Altbbakh had her first public experience. Can you believe it? I could not. And Nicolas Damoiseau, amazing talent. He was directing, acting… Both of them opened their hearts and just decided to step in openly and work very hard. But I’ve learned that sometimes talent beats the schools.

Anything else you want to say?

I worked with amateur actors, one from France and another from Syria. I am from Macedonia. We were making English-speaking theatre together, in the Czech Republic for an audience of people from all around the world. Can you imagine this? All this is happening in your city. Different cultures are connecting via a love of theatre.

I would like to thank to BEST divadlo. You are such a great, talented, enthusiastic team. I love your passion for theatre. I will miss you. And I know that you will continue as the BEST divadlo in Brno.

The interview questions were prepared by Jack Stephens; answers of Kristina Dimitrova were edited by Kay Pearse.

https://brnodaily.cz/2019/05/28/culture/interview-kristina-dimitrova-from-best-divadlo-talks-about-their-most-recent-play-autobahn/https://brnodaily.cz/wp-content/uploads/2019/05/autobahn-best-divadlo.jpghttps://brnodaily.cz/wp-content/uploads/2019/05/autobahn-best-divadlo-150x75.jpg2019-05-28T16:20:17+02:00Jack StephensArt & CultureBrno,Culture,South Moravia,TheatreBEST Divadlo’s most recent play was Neil LaBute’s “Autobahn”, a series of vignettes set in the front seat of moving cars. Photo credit: Ana Sekulovska. Brno, May 28 (BD) – Brno Daily spoke to Kristina Dimitrova, the director of one of the vignettes, about the play. Could you tell us something...Jack Stephens jack.stephens50@gmail.comAuthorA writer and English teacher originally from London who has lived in Brno since 2011, interested in politics, low culture, and all things strange and/or Czech.Brno Daily

A writer and English teacher originally from London who has lived in Brno since 2011, interested in politics, low culture, and all things strange and/or Czech.
View all posts by Jack Stephens →
« Tram Prioritization at Táborská to Improve Commuter Delays
Czech Government To Raise Taxes On Cigarettes, Hard Alcohol, and Gambling »