New Statue of Marie Restituta To Be Installed in Husovice 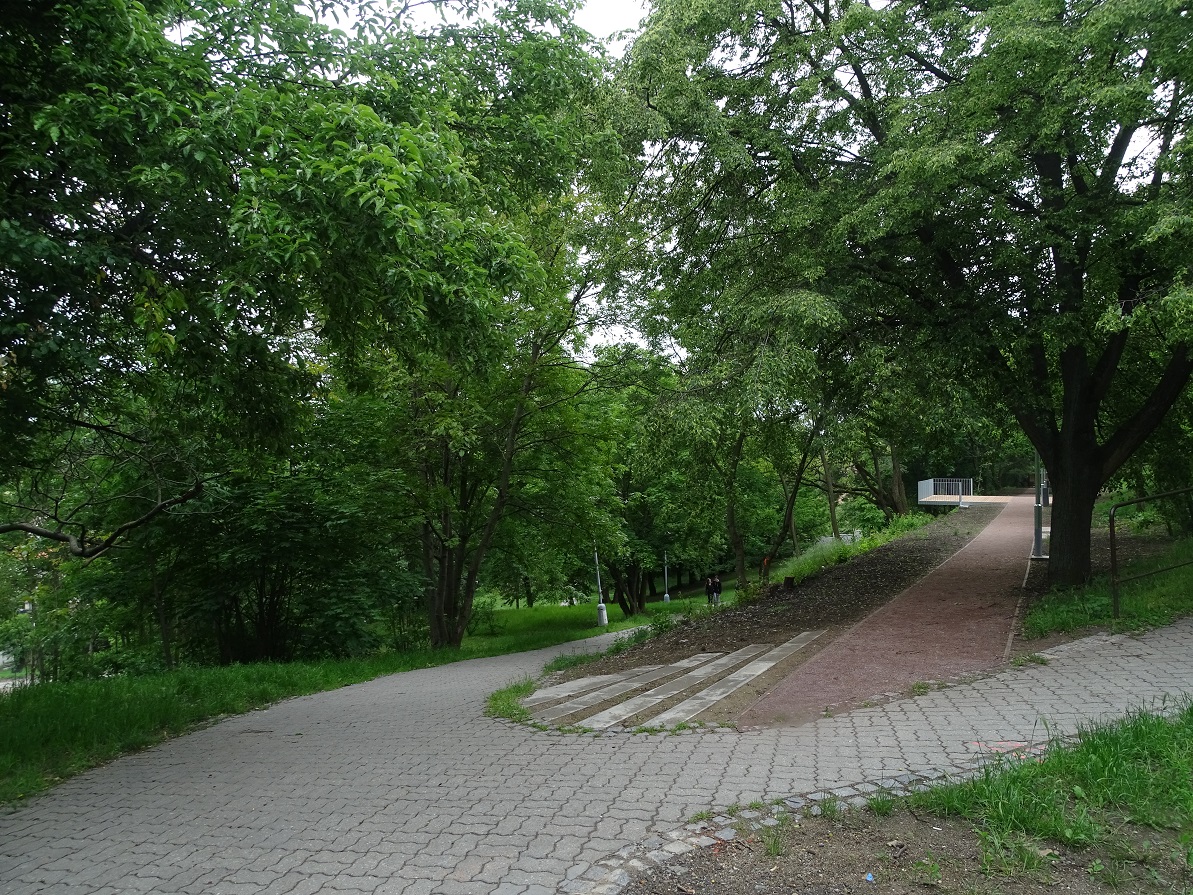 On Wednesday, Brno City Council agreed to add a statue of Marie Restituta Kafková to the “Sculptures for Brno” project, which aims to place statues of famous Brno residents in various locations around the city. Photo: Marie Restituta park. Credit: Zenon Moreau.

Brno, May 24 (BD) – The statue of Marie Restituta Kafková, a Czech nurse who was executed by the Nazis in 1943, joins seven other planned statues that have already been approved as part of the scheme, and will be erected, fittingly, in the Marie Restituta Park in Husovice, close to where she was born.

“The councillors of Brno-sever district proposed to Brno City Council to incorporate the statue of Maria Restituta Kafková into the Sculptures for Brno project, and it was approved unanimously. I am very pleased that a new statue will be created in the town, especially a statue of a woman. No one will be surprised that it will be located in Marie Restituta Park in Husovice,” said Deputy Mayor Tomáš Koláčný (Piráti).

The following statues are due to be placed around Brno as part of the project:

First Deputy Mayor Petr Hladík (KDU-ČSL) welcomed the decision: “Blessed Marie Restituta Kafková definitely deserves a permanent reminder in the form of a statue. Her courage to resist evil and the love for people that led her to care for the sick is an inspiration not only for us but also for future generations. And I am very glad that it is not just the opinion of us politicians, but also the citizens. During last year’s Meeting Brno festival, Brno voted for a woman who should be remembered with a statue in the city – and Marie Restituta won.”

Last year, art historian and deputy mayor of Brno-Sever district Miriam Kolářová came up with the initiative to create a statue of Marie Restituta. The news server Idnes.cz organized a survey in which the statue of Marie Restituta won. More information about the sculpture will be presented at this year’s Meeting Brno festival, at a meeting on June 6 from 6pm to 7pm in the Husa na provázku Theater, entitled The Year of Reconciliation 2020–2021: The Time for Common Steps to Come.

Blessed Marie Restituta Kafková (born Helena Kafková) was born on May 1, 1894 in Husovice. In 1896, her family moved to Vienna, where Helena later joined the Congregation of Franciscan Sisters of Christian Love (Sorores Franciscanae and Caritate Christiana) and adopted the religious name of Mary Restituta. She was a nurse, who worked first in the operating room of the order’s hospital in Mödling and later in the order’s hospital in Vienna. Following the annexation of Austria by Nazi Germany, Marie Restituta came into conflict with the Nazi authorities several times.

https://brnodaily.cz/2019/05/24/news/new-statue-of-marie-restituta-to-be-installed-in-husovice/https://brnodaily.cz/wp-content/uploads/2019/05/Park-Marie-Restituty-Zenon-Moreau-May-23-1024x768.jpghttps://brnodaily.cz/wp-content/uploads/2019/05/Park-Marie-Restituty-Zenon-Moreau-May-23-150x113.jpg2019-05-24T12:06:25+02:00Jack StephensCzech Republic / WorldArchitecture,Brno,Fine Arts,Urban PlansOn Wednesday, Brno City Council agreed to add a statue of Marie Restituta Kafková to the “Sculptures for Brno” project, which aims to place statues of famous Brno residents in various locations around the city. Photo: Marie Restituta park. Credit: Zenon Moreau. Brno, May 24 (BD) – The statue of...Jack Stephens jack.stephens50@gmail.comAuthorA writer and English teacher originally from London who has lived in Brno since 2011, interested in politics, low culture, and all things strange and/or Czech.Brno Daily

A writer and English teacher originally from London who has lived in Brno since 2011, interested in politics, low culture, and all things strange and/or Czech.
View all posts by Jack Stephens →
« Game Development Legends at 2019 Game Access Conference in Brno
What’s Up Brno? – Events in Brno, Week n°22 »