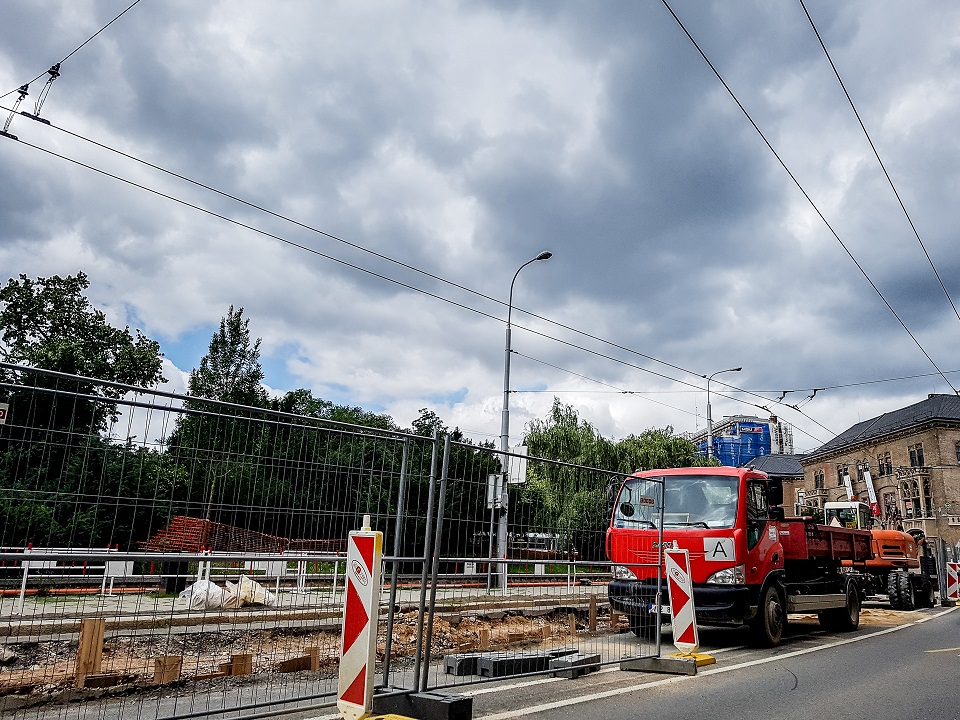 Last week, 25 representatives of Brno businesses and city departments, the South Moravian Region and the Roads and Motorways Directorate met for the first time as part of the working group for Repairs and Closures Co-ordination, which will discuss the timetable for construction works affecting traffic in the city in the next two years. Photo: Koliště last year. Photo credit: Casadei Graphics.

Brno, Jan 21 (BD) – The working group, led by Luděk Borový, the Director of the Brno Communications Company, was set up by Brno City Council in December 2018, with the aim of preventing possible future transport complications. Cabinet member for transport, Petr Kratochvíl, explained the project: “In the examples of the strategic tram project at Plotní or the reconstruction of Zábrdovická, we can see that these major construction works had a huge impact on large parts of the city and caused transport complications. Of course, these construction works cannot be avoided, but we want to coordinate them so that they happen as close together as possible and the impact is as small as possible.”

The Plotní project will continue throughout this year, and the reconstruction of Zábrdovická is due to end next winter. Work on the construction of another part of the ring road in Žabovřesky will be completed, at which point construction work will begin on Rokytova and Náměstí. Aside from these major works, various other smaller reconstruction projects on streets, bridges and other transport infrastructure will also continue and will require coordination to ensure that they do not cause more disruption to city transport than necessary.

Commenting on the progress made in the first meeting, Kratochvíl added that: “The first meeting is behind us and the usefulness of the group is already evident. Each participant knows about the intentions of the other stakeholders involved for this year and the following one. Where possible, we will try to organize the timetable in order to minimize complications. We already know that at least some of them will have to be moved to avoid coinciding with each other. Another meeting will be held in mid-February.”

https://brnodaily.cz/2019/01/21/news/transport/new-working-group-aims-to-coordinate-reconstructions-and-road-closures-in-brno/https://brnodaily.cz/wp-content/uploads/2018/12/Koliste-Brno-traffic.jpghttps://brnodaily.cz/wp-content/uploads/2018/12/Koliste-Brno-traffic-150x113.jpg2019-01-21T10:03:51+01:00Jack StephensTransportBrno,Czech Republic,Politics,TransportLast week, 25 representatives of Brno businesses and city departments, the South Moravian Region and the Roads and Motorways Directorate met for the first time as part of the working group for Repairs and Closures Co-ordination, which will discuss the timetable for construction works affecting traffic in the city...Jack Stephens jack.stephens50@gmail.comAuthorA writer and English teacher originally from London who has lived in Brno since 2011, interested in politics, low culture, and all things strange and/or Czech.Brno Daily

A writer and English teacher originally from London who has lived in Brno since 2011, interested in politics, low culture, and all things strange and/or Czech.
View all posts by Jack Stephens →
« Trouble with Snoring? DUO SMILE, Brno’s English-Speaking Dentists, Present the ‘Anti-Snore Guard’ for Peaceful Sleep
ÍRÁNCI Festival Brings the Best of Contemporary Iranian Cinema to Brno »